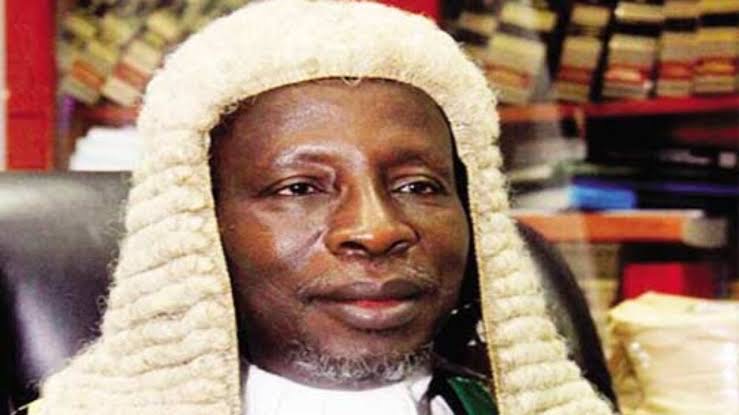 Adamu Abdu-Kafarati, the immediate past chief judge of the federal high court, has reportedly passed away.

According to News Agency of Nigeria, Kafarati, who was once the Attorney General of Bauchi State, died on Thursday night after observing the evening prayer.

A statement by a family source, who announced his passing, reads;

Innalillahi Wa inna ilaihi Rajiun. It is with deep sorry that I announced the passing away of our elder statesman, Hon Justice Abdul Kafarati the immediate-past Chief Justice of High Court of the Federation and former Bauchi State Attorney General which occurred this night (Thursday) after magrib Salat at Abuja.

The jurist retired on July 25, 2019, on attaining the mandatory statutory retirement age of 65.

Meanwhile, the court activities at the Abuja division of the court had been stalled over the unfortunate incidents.

NAN observes that as a mark of honour to the departed, none of the courts in the high-rise building was sitting, as at the time of filing this report.