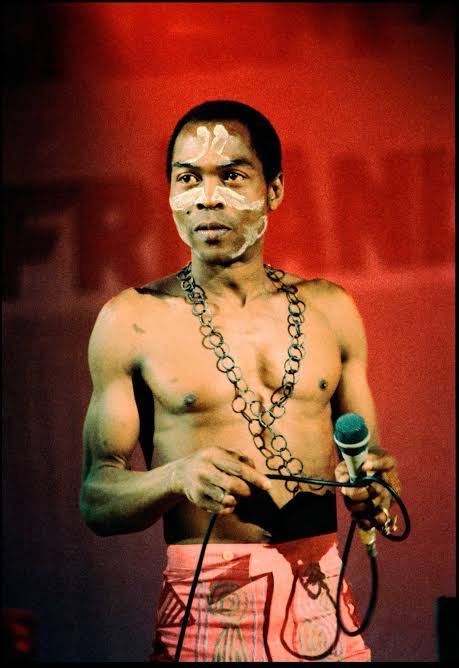 Afrobeat pioneer, Fela Anikulapo Kuti has been nominated for induction into Rock and Roll Hall of Fame for 2021.

To be eligible, an individual artist or band must have released its first commercial recording at least 25 years prior to the year of nomination.

The legendary musician made this year’s list of nominees more than two decades after his passing.

Greg Harris, President and CEO of Rock & Roll Hall of Fame unveiled the list of nominees on Wednesday.

Congratulations to the #RockHall2021 Nominees! Read more about this list and the 2021 Induction at https://t.co/iL9HlcGbDd pic.twitter.com/HWaQzuPsS3

Also shortlisted were rock stars Rage Against the Machine and Foo Fighters, as well as veteran female singers Kate Bush, Carole King and Tina Turner in a gender inclusive list.

The inductees will be announced in May after a public vote, which closes April 30.

We’ll announce our new Inductees in May. They’ll be honored at the 2021 Rock & Roll Hall of Fame Ceremony right here in Cleveland, Ohio this fall.

The Rock & Roll Hall of Fame announces the Nominees for #RockHall2021 Induction – and the Fan Vote is now open. Watch the official announcement here, then head to https://t.co/9DIz8WWd6Z pic.twitter.com/tGuSzyvEYT

If Kuti wins, he will make history as the first Nigerian artist in the Rock and Roll hall of fame.

Fela Kuti is remembered as an influential icon who was brave enough to boldly voice his opinions on matters that affected the nation through his music. At the height of his popularity, he was referred to as one of Africa’s most “challenging and charismatic music performers.”

Fela was an outspoken critic of several military regimes in Nigeria and was often arrested for his troubles.

Through his music and human rights activism, Fela campaigned against military rule and corruption in Nigeria.

In 1977, for example, he released the album “Zombie,” which ridiculed the military government.

In response, the military burned his home, beat him, and threw his mother out of a window. She died soon after from her injuries.

Fela himself died in 1997 from complications from AIDS.

If you’re a fan of Fela or any other nominees, votes can be cast at RockHall.com. While fan votes add to the final count, they don’t guarantee entry.

Fans vote for up to five nominees daily from today till the 30th of April on the Rock Halls website while the winners of the 36th Annual Rock & Roll Hall of Fame Induction Ceremony which will take in Cleveland, Ohio will be inducted in May 2021.