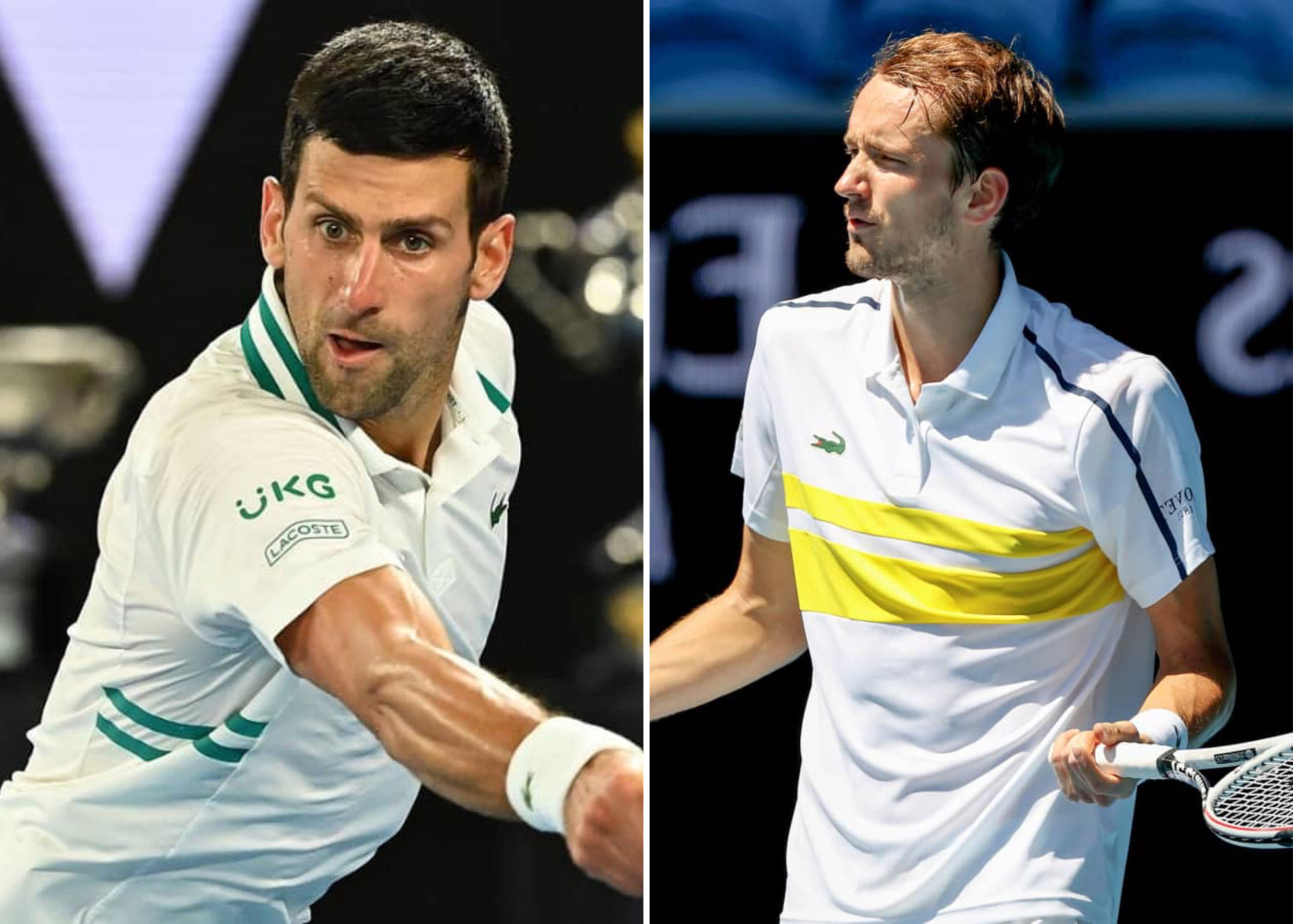 World no.1, Novak Djokovic is set to face World no.4, Daniil Medvedev in Australian open final on Sunday in Melbourne.

Djokovic has a perfect record in the finals of Australian open, he has come out victorious in the eight different times he has qualified for finals. The Serbian, aiming for his ninth Australian open trophy, faces a strong challenge from Medvedev.

The Men’s single final will wrap up this year’s Australian Open, the female’s singles final was won by Naomi Osaka on Saturday morning.

The 25-year-old Medvedev has put together a remarkable run in the past few months, reeling off a 20-match win streak accumulated across three different competitions – Paris Masters, ATP Finals in London and ATP Cup in Melbourne. Twelve of those 20 victories have come against top-10 opponents.

The Russian after his semi-final victory over Stefanos Tsitsipas on Friday stated;

For the confidence, when you beat everybody it’s just great, because I think people start maybe a little bit scared about you. At the same time, sometime there are going to be some that are going to want to beat you even more. It’s a tricky situation, but I am happy to be at the top in all those 20 matches.

Djokovic’s name is gradually becoming synonymous with this Tournament, just like how Rafael Nadal has become with the French Open.

The Serbian won his first Grand slam of his career here in Australian open in 2008 at the age of 20.

If he wins today, he will sit alone in second place, behind Nadal and his 13 French open titles, on the list of men’s singles championship at a particular Grand slam event.

Djokovic is currently tied with Roger Federer, who has eight Wimbledon singles championship.

Medvedev has won three of his seven previous meetings against Djokovic. Including a semi-final at Cincinnati Masters in 2019. A victory for the Russian could represent a genuine shift in the ATP rankings.

He could rise to the world no.2 spot. It could be the first time since July 2005 that anyone other than Rafael Nadal, Andy Murray, Federer or Djokovic will be ranked second.

‘I’m Done’: Serena Williams Says As She Walks Out Of Press…