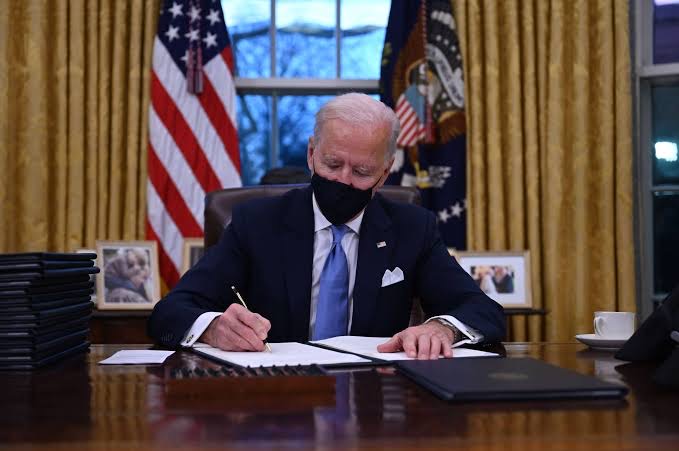 According to a statement from the White House on Wednesday, Biden overturned the ban through an executive order.

The now-scraped order by Trump, known as Presidential Proclamation 100014, cited a need to protect US jobs amid high unemployment rates caused by the coronavirus pandemic.

However, the current US president has said Trump’s measures separated families and “does not advance the interests of the United States.”

Read Also: US Restricts Immigration From Nigeria And 5 Others, Sets New Travel Rules

It also harms industries in the United States that utilise talent from around the world. And it harms individuals who were selected to receive the opportunity to apply for, and those who have likewise received, immigrant visas through the Fiscal Year 2020 Diversity Visa Lottery.

Biden has pledged to reverse many of Trump’s hardline immigration policies and defend the naturalization process for green-card holders and support family-based immigration.

Read Also: Trump Declares National Emergency, Warns He May Add UK To Countries Banned From Traveling To The US

He also has said he wants to preserve “preferences for diversity in the current system,” because Trump has sought to eliminate what is commonly known as the diversity visa lottery.

The lottery ensures that the United States draws immigrants from everywhere instead of the small number of countries that are overrepresented in family and employment-based immigrant visas.