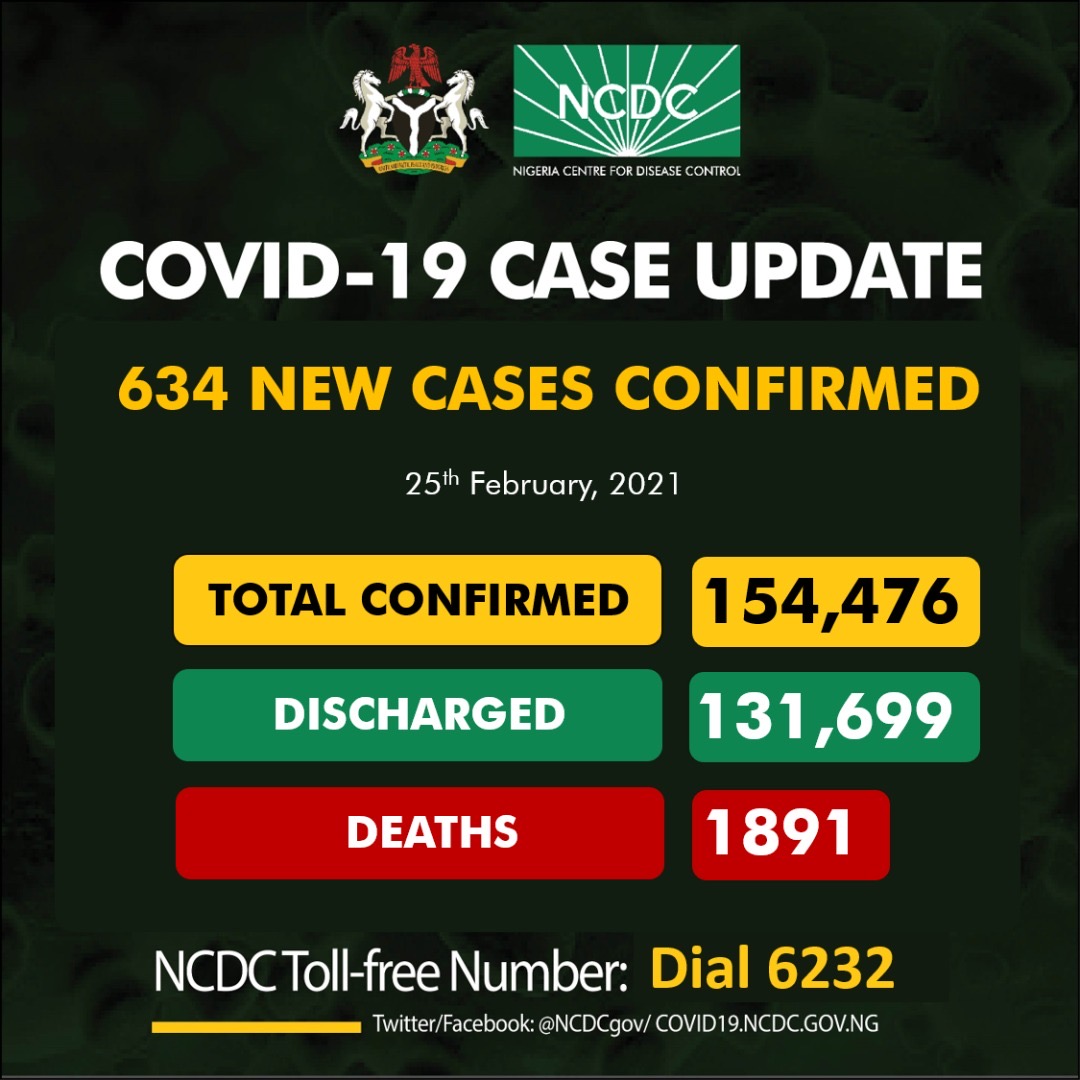 Nigeria Centre for Disease Control (NCDC) has recorded 634 new cases of COVID-19, bringing the total number of infections in the country to 154,476.

NCDC disclosed this on its official Twitter handle on Thursday, adding that six COVID-19 additional deaths were registered, raising the total fatality in the country to 1,891.

The centre noted that the new infections were registered across 20 states and the Federal Capital Territory (FCT).

It said that Lagos State registered 259 infections, followed by Osun with 45, Edo, 38; and Ogun with 35 infections.

FCT confirmed 33 cases of the virus, Anambra had 26, Imo and Ondo confirmed 24 cases, Akwa Ibom and Plateau had 20 cases, Abia and Kaduna recorded 19 cases and Ebonyi had 17 cases.

Others were Borno and Rivers with 10 cases, Kano had nine, Delta reported eight, Kebbi reported seven, Nasarawa had four, Oyo reported three and two cases each were found in Enugu and Ekiti.

According to the centre, the number of people who have recovered and discharged on Thursday increased by 881, including 236 community recoveries in Lagos State and 79 in Imo, managed in line with its guidelines.

A breakdown of cases by state can be found via https://t.co/zQrpNeOfet pic.twitter.com/VRiyToP8oX

NCDC added that the number of active COVID-19 cases in the country stood at 20,863 in the last 24 hours.

It stated that 1,489,103 people were tested since the first confirmed case relating to the COVID-19 pandemic was announced on February 27, 2020.

#RescueJangebeGirls: ‘FG Has Failed’ – Nigerians React To Abduction Of Over 300 Schoolgirls In Zamfara