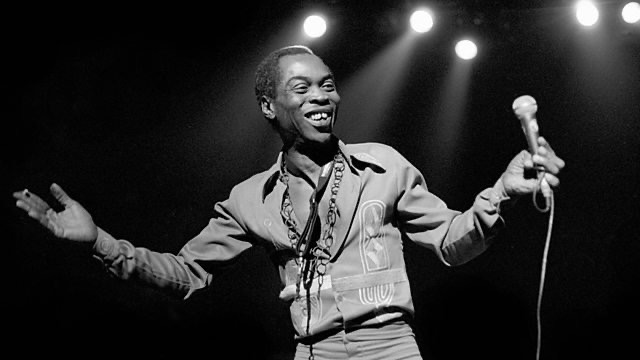 As at the time of filing this report, Fela has garnered over 76,000 votes to occupy the first spot followed closely by Tina Turner who has more than 57,000 votes. 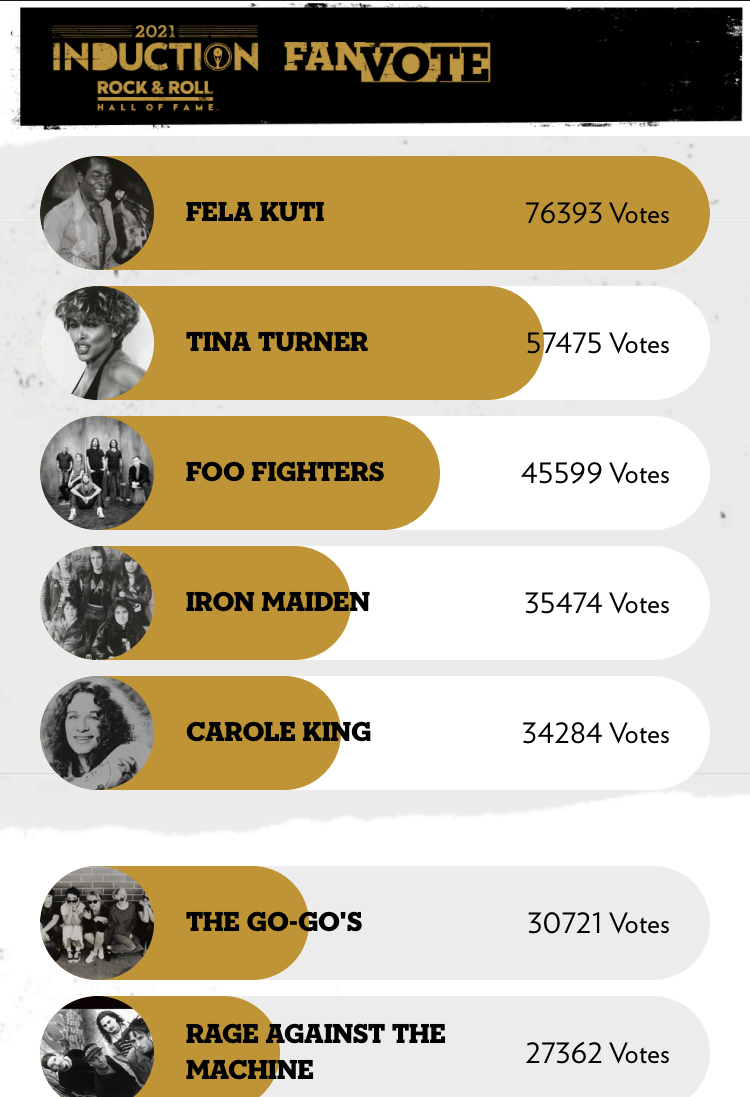 It would be recalled that the late Afrobeat icon was nominated alongside 15 other artistes for possible induction into the highly coveted institution.

The organisers had announced that persons with the highest votes will be announced in May and inducted at a ceremony in Cleveland, Ohio.

However, on Thursday, Fela was the least on the chart with only 2,654 votes — a development which generated concern among several Nigerians, including celebrities. 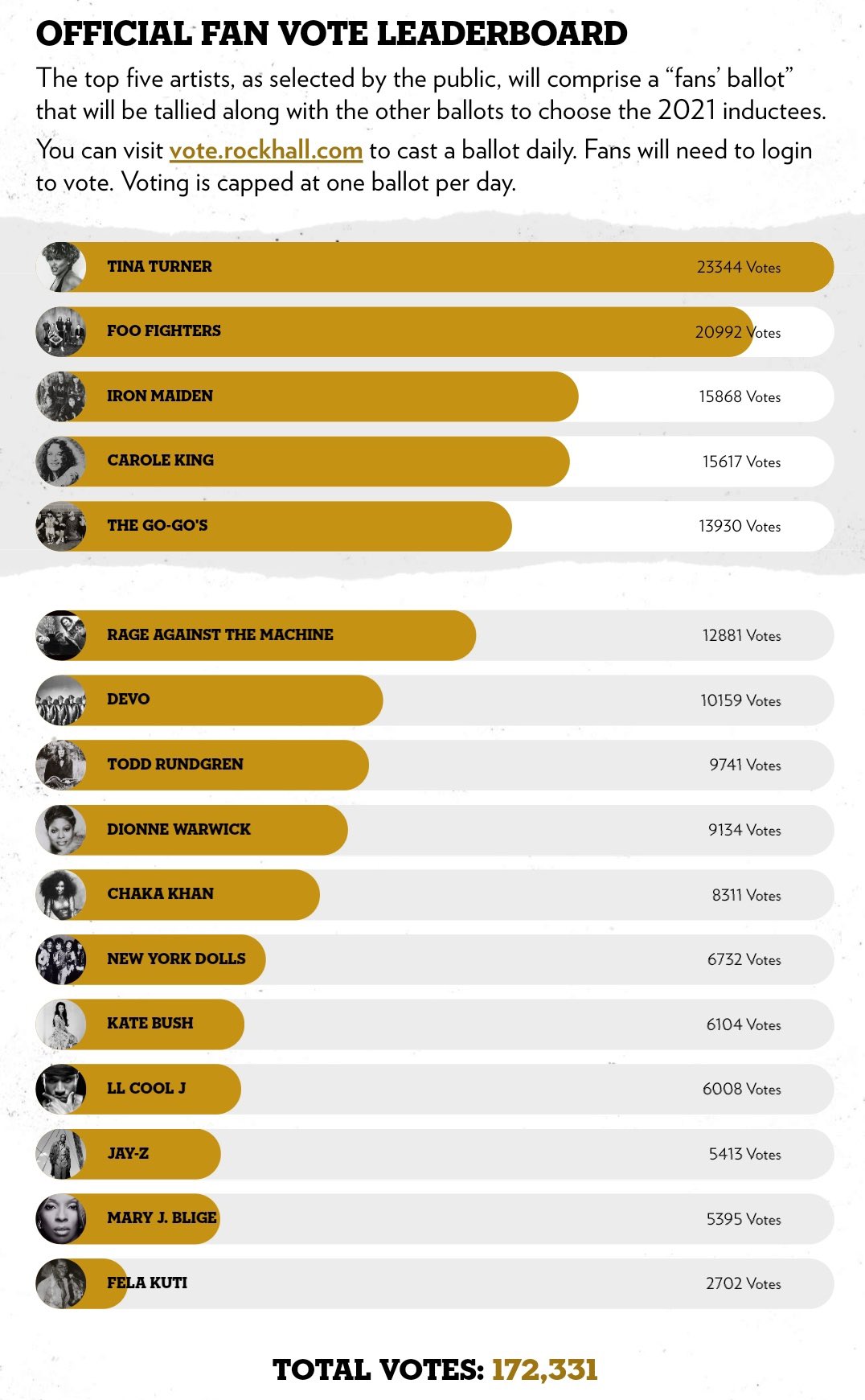 Upon this realizatdion, many Nigerians celebrities including Burna Boy, Don Jazzy, Davido, Mr Macaroni, Banky W began to canvass for the music legend.

With this, Fela is now leading the votes with over 76,000 while Tina Turner follows with more than 57,000 votes, as seen on the official voting website for 2021 Rock and Roll Hall of Fame.

Fela Anikulapo Kuti is regarded as the originator of Afrobeat in Nigeria an African music genre combining traditional Yoruba music and Afro-Cuban music with funk and a bit of jazz in it.

He came into fame in the 70’s known for his constant criticism of the then military regime in Nigeria, he was fearless and he founded the Afrika Shrine which is seen as an ancestral home for Afro-pop music.

See tweets from some Nigerians including celebrities canvassing for the late musician;

Vote for Fela Anikulapo Kuti for a well-deserved place in the Rock and Roll Hall of Fame🎷 https://t.co/L7anZ3ERmS

https://t.co/cb2mGWJTuL one time for BABA FELA !!

I humbly call on my amazing followers on here to cast a vote for the Legendary Fela Kuti to be inducted into the Rock N Roll hall of fame. 🙏🏾❤️https://t.co/jm46iX7wVb#VoteFelaKuti

Fela Anikulapo-Kuti has been nominated in the Rock & Roll Hall of fame class of 2021.

We have taken him from the last spot to 3rd in 24 hours.

Fela is No. 1. But we need some daylight from the rest of the pack. Go to https://t.co/np1kYSEmKS and separate Fela Kuti further. Vote only Fela, your American faves can handle their own business! #VoteFelaKuti pic.twitter.com/FEVi0X3uAe

Fela Kuti just got to number 1. Now let’s hold it there until this thing closes.

Nigeria, I see you!

Let’s get the legend FELA KUTI inducted into the Rock n Roll hall of fame! https://t.co/5BMTmt3ivW

Just voted for Fela Kuti!!
I made my #RockHall2021 vote count by supporting my favorite nominees! Go to https://t.co/xoD5p9JUIj to cast your official Fan Vote ballot too.

Nigerians, please vote for Fela Kuti to enter the Rock and Rill Hall of Fame!!! 🔥🔥🔥🔥

Good morning , have you voted for Fela Anikulapo Kuti to have a place in the Rock & Roll hall of fame ?https://t.co/TlZJxnwM0a

Come on Nigerians ! We can do this. This is our Baba Fela we are talking about o. https://t.co/Igjp7EKnAk