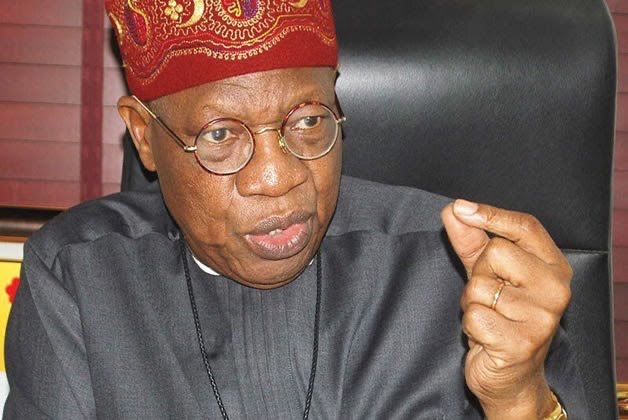 Lai Mohammed, minister of information and culture, has declared that the federal government will not pay ransom to secure the release of abducted students and members of staff of Government Science College, Kagara, Niger state.

He stated this today while speaking on Channels Television’s ‘Sunrise Daily’ programme on Saturday morning.

On Wednesday, gunmen suspected to be bandits stormed the school, and kidnapped 27 students, three staff and 12 family members of staff from the school.

However, there have been unconfirmed reports circulating on social media that the government had paid a huge amount of money to secure the release of Kagara abductees.

But when asked on Saturday whether the government had paid ransom or was considering the payment of ransom, the minister said, “No”.

Mohammed expressed that the federal government will not allow any form of criminal activities in any parts of the country.

He noted that the government has a duty to look at the underlining causes of some of these criminalities in other to address them.

The government has put in place, all along, various strategies to contain banditry, to fight insurgency, to fight kidnapping. Some of these measures are kinetic, some are not kinetic. We didn’t get here overnight and that is why it is difficult to get out one day,” he said.

Bandits all over the world work with psychology of people. Deliberately, they target women and children because this is what will attract a lot of global outcry. That is exactly what bandits do all over the world.

And that’s what happened during the Daptchi girls abduction and the Kangara school boys abduction. But the question is what does government do?

When I say we didn’t get here overnight, what I meant is that be it farmer-herders crisis, be it banditry, be it kidnapping, it crept up gradually over many years and there are certain factors which are beyond the human capacity that led us here.

Whatever you see that is causing the farmer-herders crisis is largely a scramble for dwindling resources, for water, for grazing land.

I was in Minna with my colleagues, the Ministers of Interior and Police Affairs, the IG, and the National Security Adviser on Wednesday to get a firsthand information on the abduction of these Kagara schoolboys. I can tell you that as at today that the government is on top of the matter.

Kaduna Abductions: El-Rufai Insists On ‘No Ransom, No…