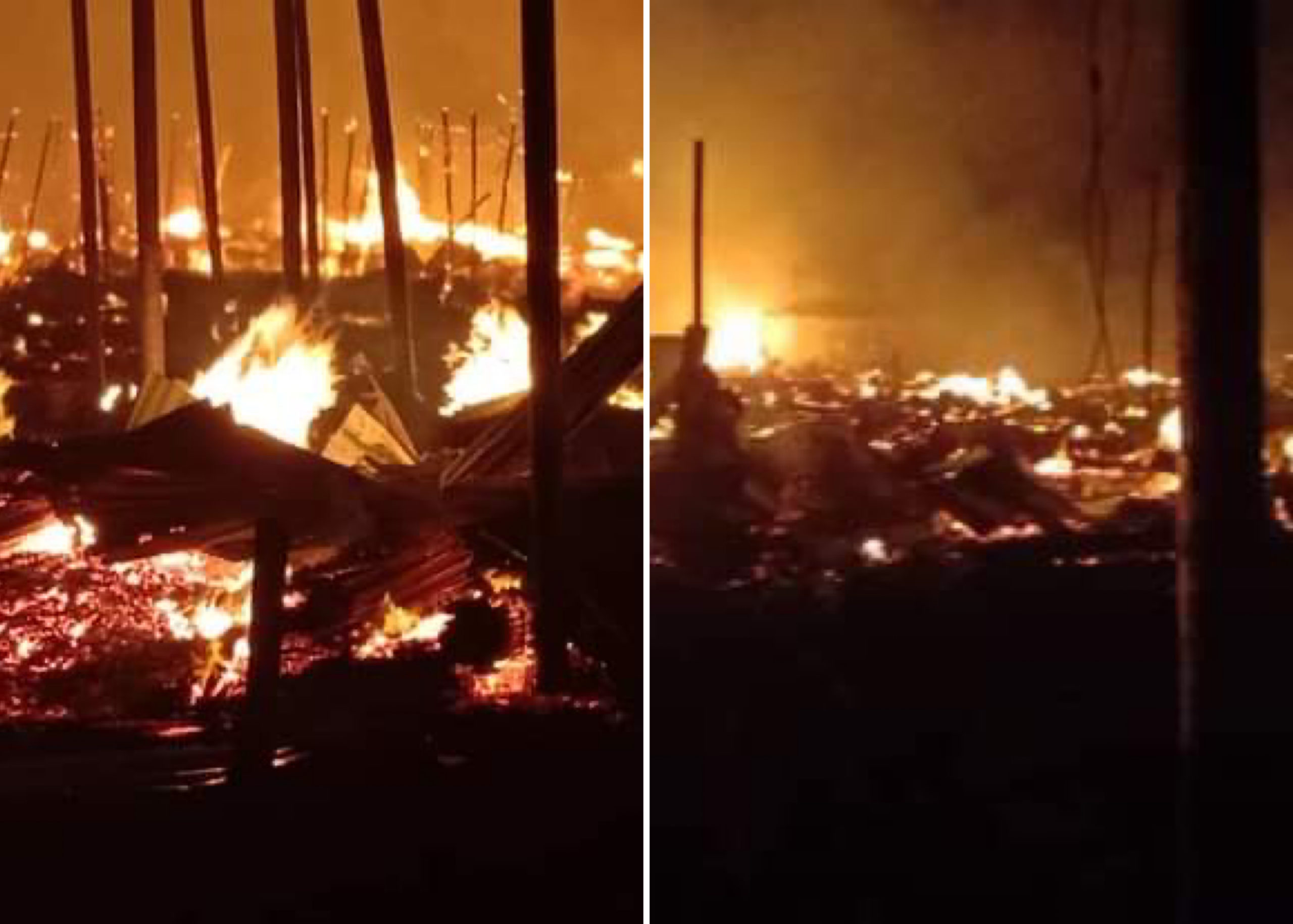 According to traders, the fire started from the casket section of the market around midnight before spreading into the early hours of Thursday.

As at the time of filing this report, no fire fighters were at the scene of the inferno, which has left shop owners and traders with massive losses.

Most shops and goods in the market have been razed and fire was still burning in some parts of the wood section as at this morning.

One of the victims, Chidi Ogbomma, who sells building materials lamented to newsmen saying;

I was at home around 11:30pm to 12midnight when I was called that there was fire at market.

“I don’t know where to start from,” Ogbomma lamented as machines, industrial woods and finished products were completely consumed in the fire.

Watch a video of the incident below;

Two Arrested In Rivers With Substandard Ponmo From…