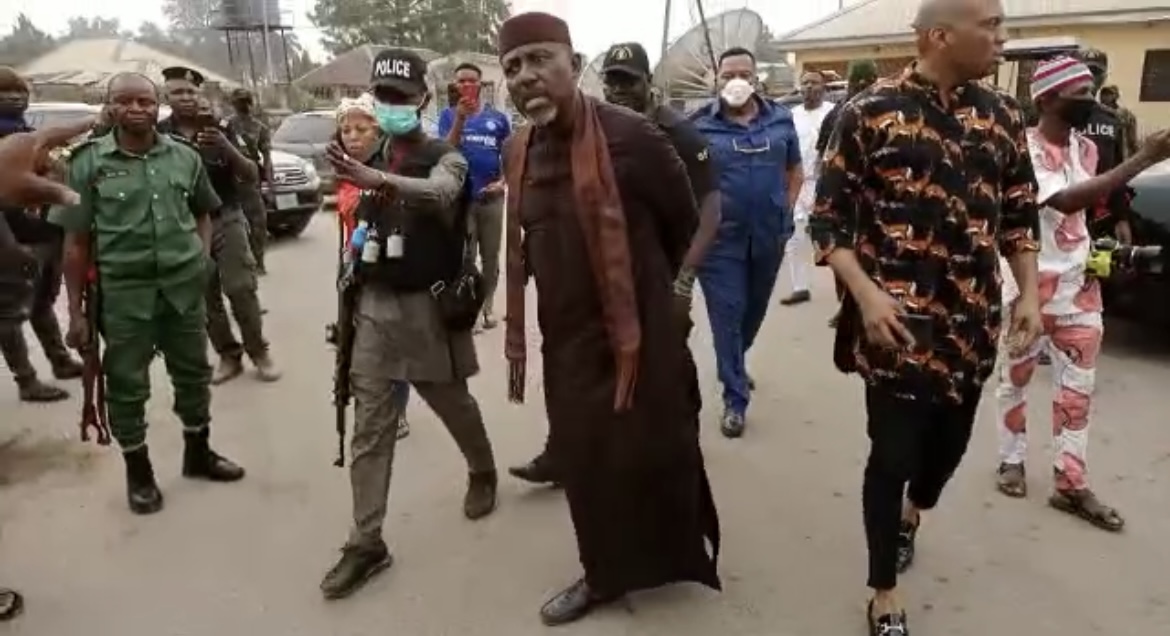 Imo State Police Command has on Monday confirmed the release of former governor of the state, Rochas Okorocha from police custody.

It would be recalled that Senator Rochas Okorocha was for allegedly personally leading the destruction and vandalism of security vehicles and breaking into the property of Imo State government.

Okorocha was accused of forcefully unsealing his wife’s hotel, Royal Spring Palm Hotel, Owerri, which was sealed few days ago by the commissioner for lands and physical planning on behalf of the Imo State Government.

The commissioner said the hotel was built, without permission, on government land.

He reportedly insisted that there was no court order authorising the State government to take over the massive property.

Following the unsealing, some aides of Governor Uzodinma arrived the place and an open confrontation ensued, which led to a fracas.

Photos of the fracas showed damaged SUVs and other vehicles near the sealed hotel.

A man, covered with blood, in one of the photos has been identified as Senator Okorocha’s police orderly.

Giving an update on Monday, Spokesperson for the state police command, Orlando Ikeokwu, announced his release while speaking on Channels Television’s ‘Sunrise Daily’ programme this morning.

Ikeokwu said Okorocha was released on Sunday night after he was “invited” for “questioning” over the unsealing the Spring Palm Estate owned by his wife, Nkechi.

Okorocha had alleged that his predecessor, Governor Hope Uzodimma, attacked him with “more than 1,000 thugs” but the state Commissioner for Information, Declan Emelumba, dismissed Okorocha’s claim.

He added that the former governor’s arrest was in line with the report of a White Paper, which indicated that the Royal Palm Hotel in the state was built with taxpayers’ money and not Okorocha wife’s property.