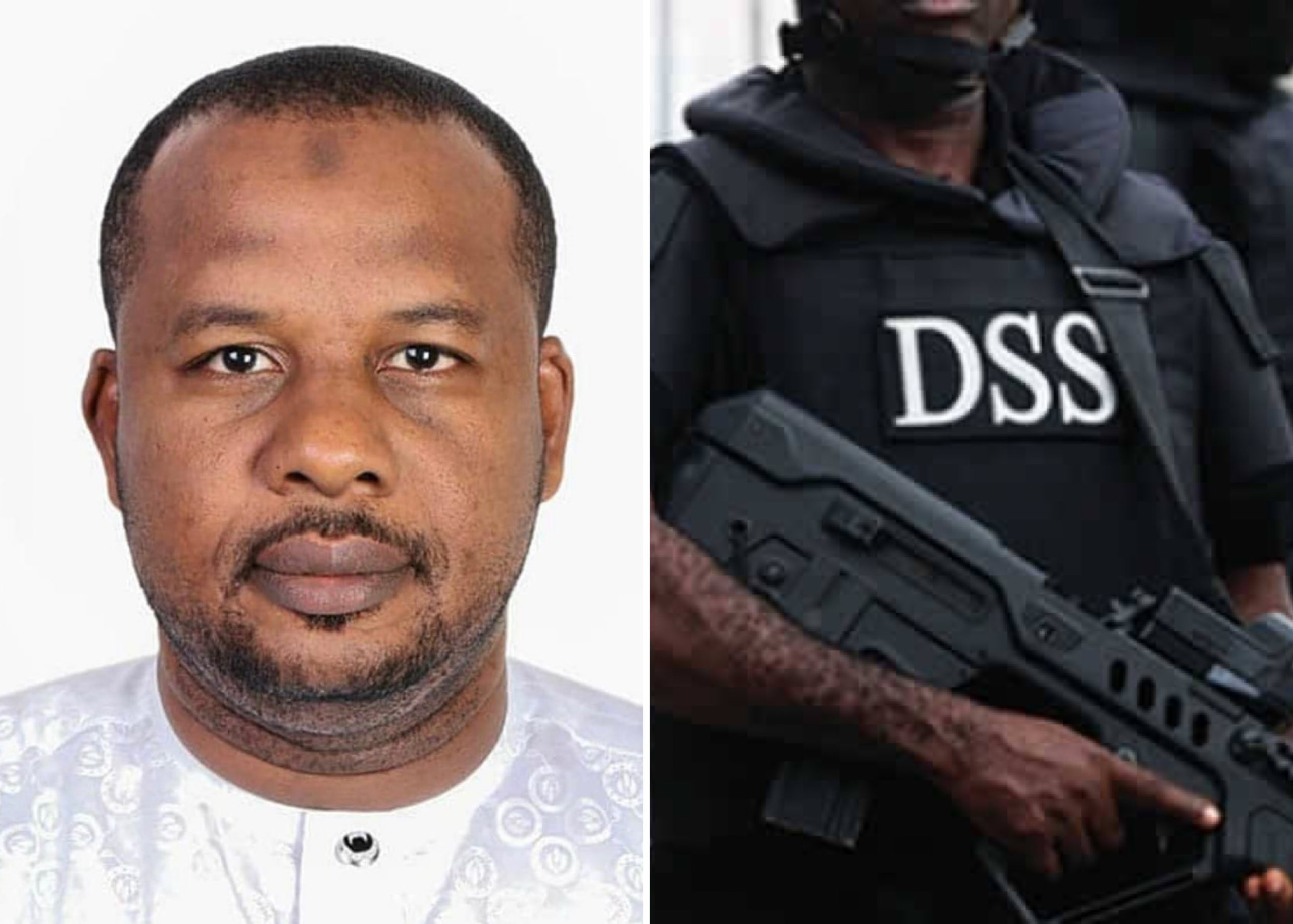 Department of State Services (DSS) has confirmed that Salihu Tanko-Yakasai, former media aide to Abdullahi Ganduje, governor of Kano state, is in its custody.

According to TheCable, Peter Afunanya, DSS spokesman, disclosed this in a statement on Saturday evening.

This is to confirm that Salihu Tanko-Yakasai is with the Department of State Services. He is being investigated over issues beyond the expression of opinions in the social media as wrongly alleged by sections of the public.

The new development comes few hours after the agency denied that the former aide was in its custody.

Earlier today, friends and family of Tanko-Yakasai took to social media to announce this disappearance.

However, few hours later, Abubakar Sadiq, the handler of the Twitter handle and official website of Kano state government, in a tweet posted on Saturday morning, February 27, disclosed that he was in the custody of DSS..

Alhamdulillah, they just confirmed that Dawisu is at DSS office, thank God we know where he is, but doing what exactly.?? #WhereIsDawisu pic.twitter.com/ops0M8J7Gl

He went apprehended barely 24 hours after he called for the resignation of Buhari-led administration over increased insecurity. 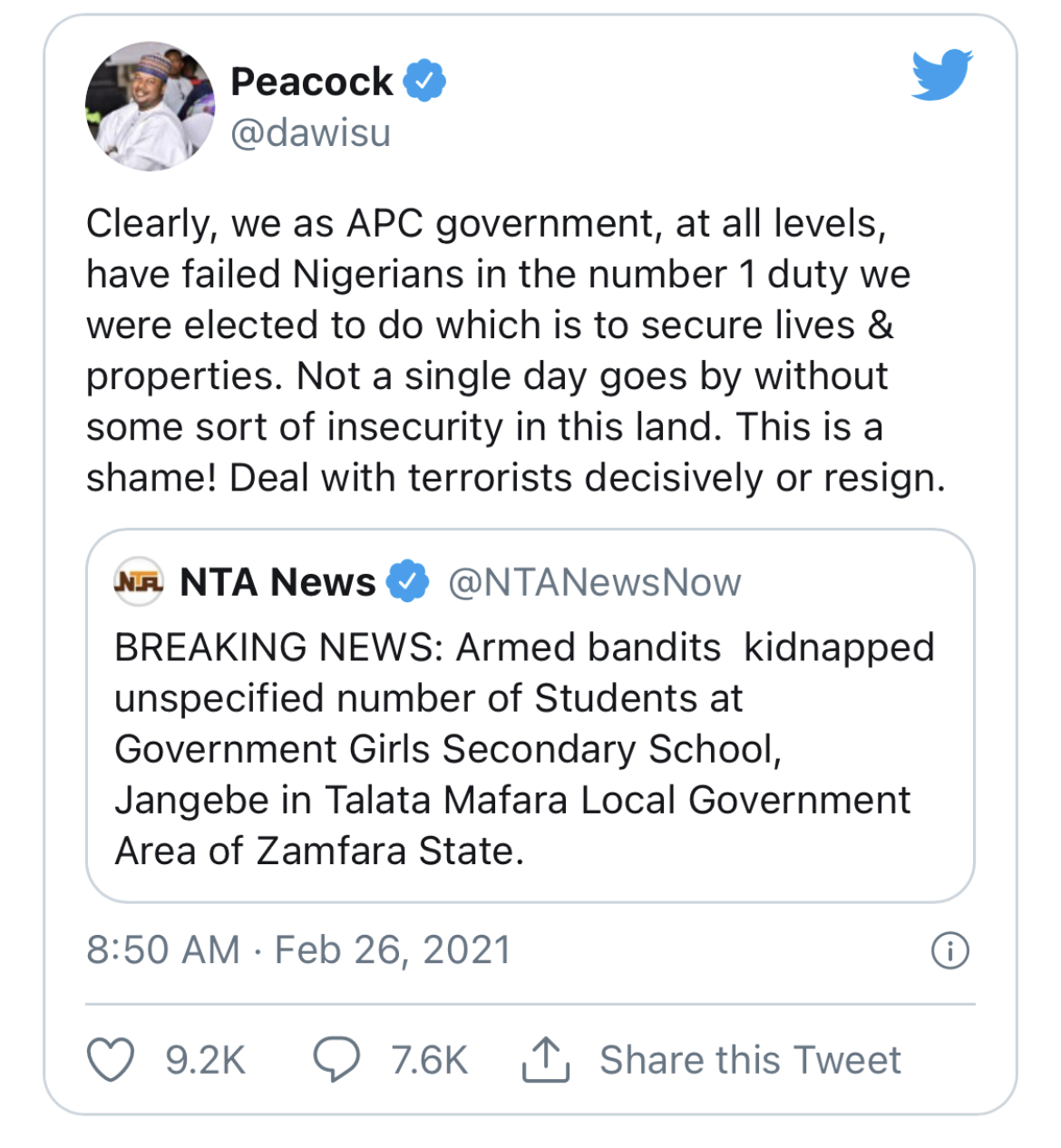 Read Also: #FreeDawisu: ‘He Was On His Way To Barber’s Shop’ — Salihu Tanko-Yakasai’s Father Speaks On Son’s Arrest 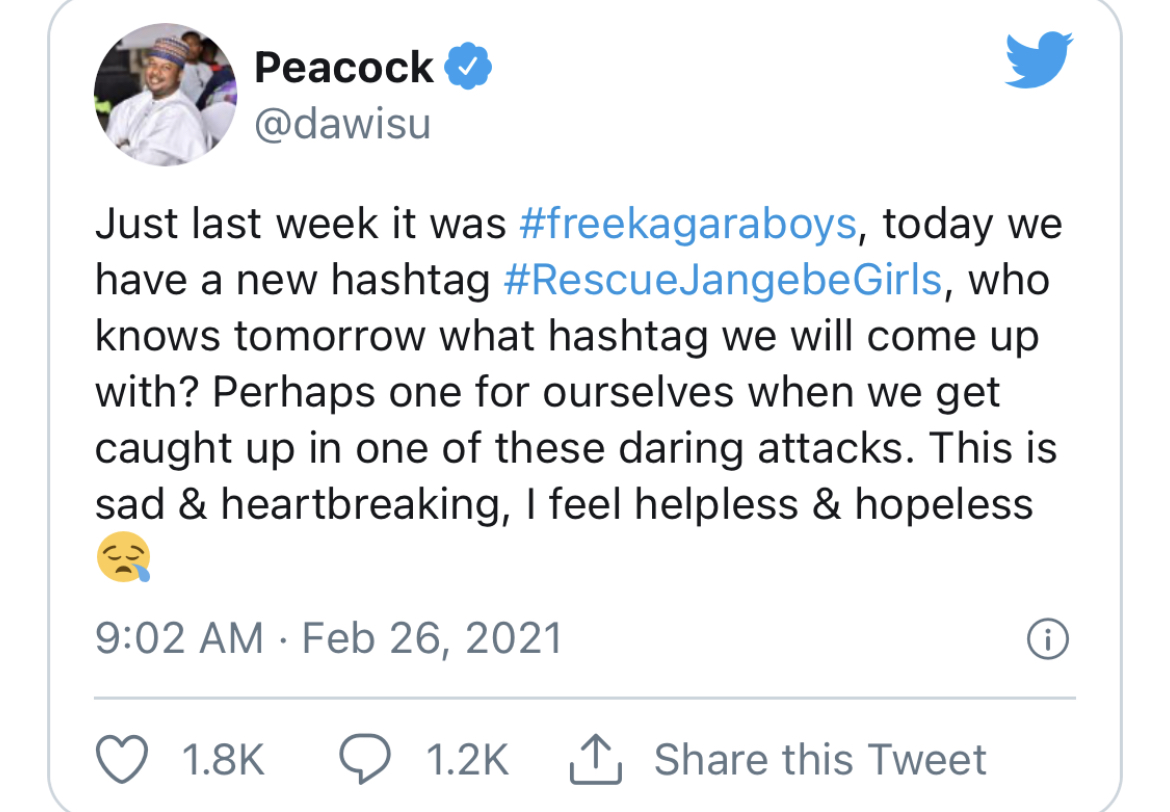 He stated that All Progressives Congress-led government had failed Nigerians, noting that citizens cannot continue to lament when tragedy occurs without taking any action to prevent a repeat.

#FreeDawisu: ‘He Was On His Way To Barber’s Shop’ — Salihu…