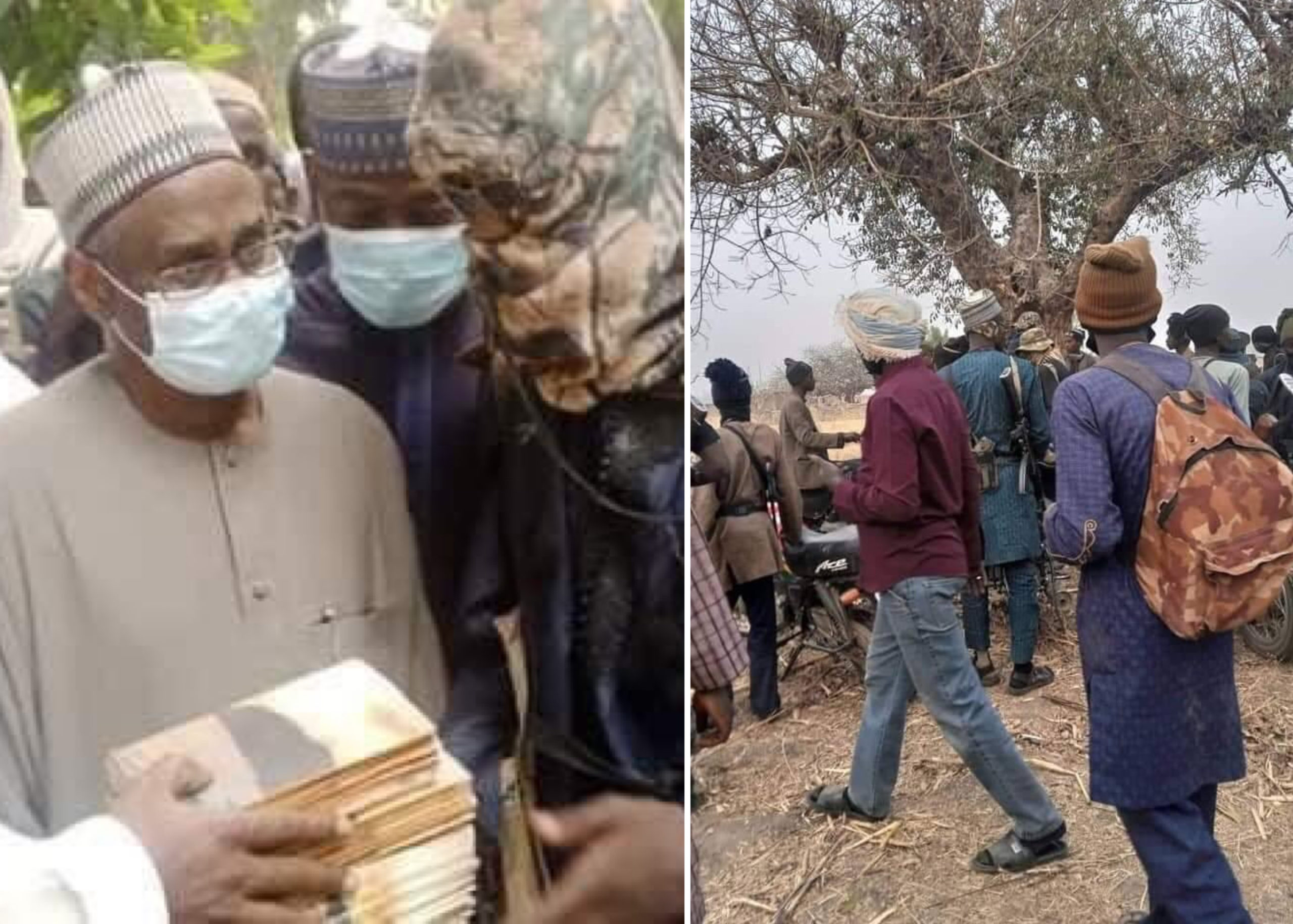 It would be recalled that gunmen suspected to be armed bandits on Wednesday morning invaded Government Science Secondary School in Kagara, Niger State.

The gunmen kidnapped 27 students and 15 others, who are teachers and their family members residing within College Staff Quarters.

According to TVC News, the meeting took place at Tagina forest in Niger State on Thursday, February 18.

The bandits wielding their guns, were led by their leader, Dogo Gide. Sheik Gumi appealed to them to give peace a chance.

The bandits abducted 3 staff of the school and 12 family members of the staff.

See photos and video from the meeting below; 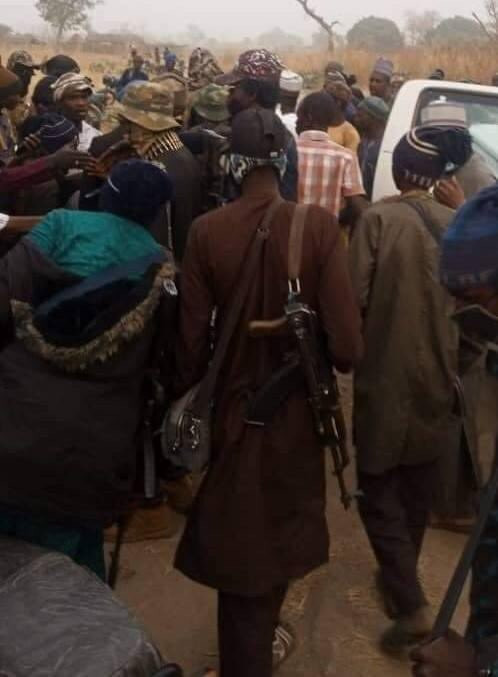 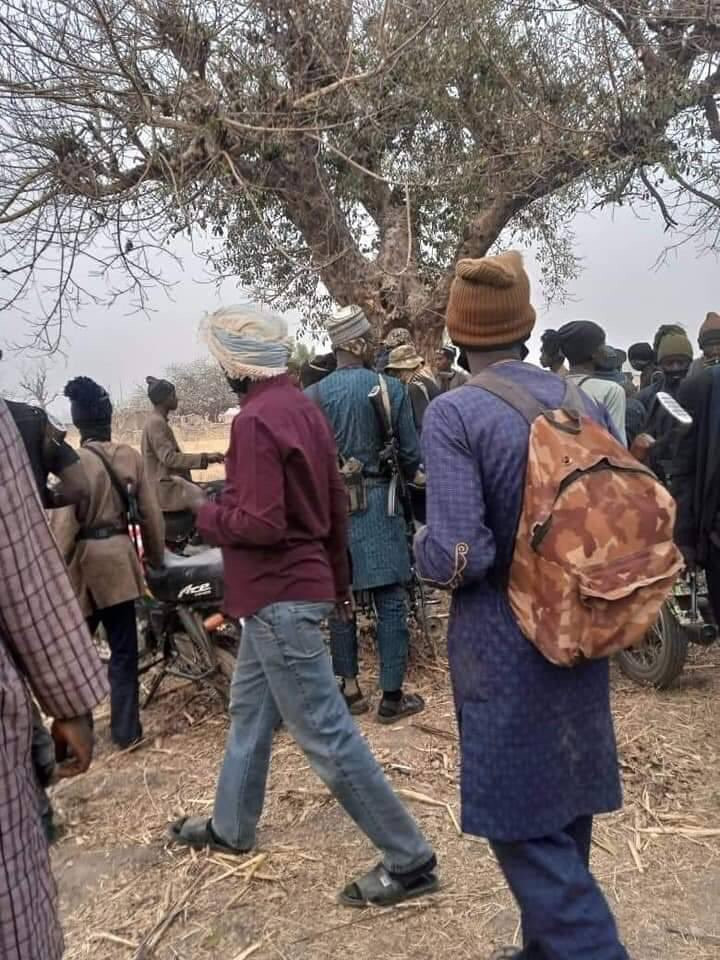 ‘Don’t Remove Him, You Will Regret It’ – Gumi Warns FG…