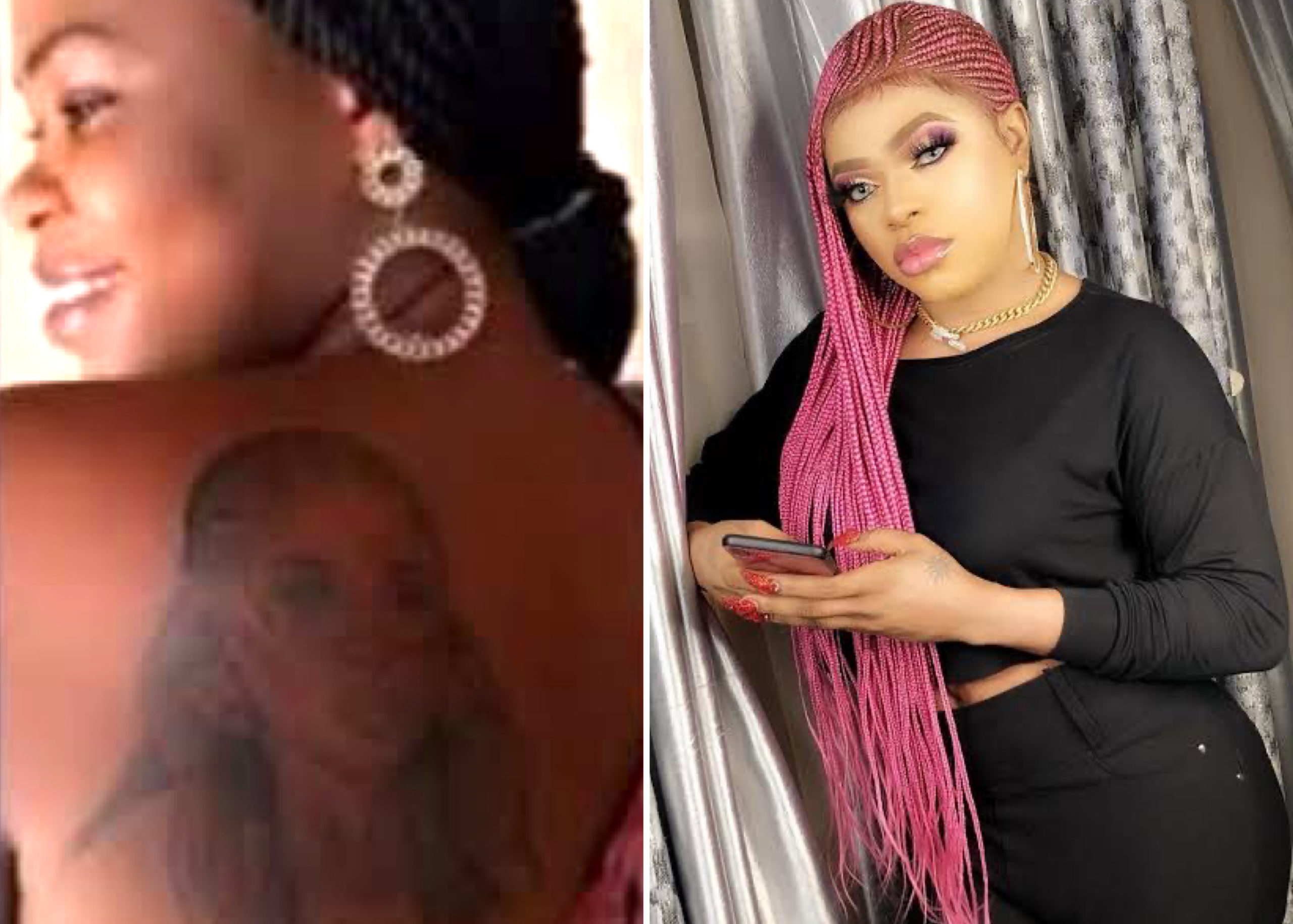 A young lady has cried out for help after getting disowned by her father for tattooing the face of popular cross dresser, Bobrisky on her back.

The trend of fans getting tattoos of their favourite celebrities has always been a craze but it recently spiked in Nigeria after these diehard fans started getting rewarded with huge gifts for their efforts.

However, one of such cases appeared to be have turned out badly after the lady in question got disowned by her father for drawing the face of Bobrisky on her back, as a way of showing love and support for the controversial male barbie.

According to the lady, her father has disowned her for allowing herself to be influenced by online pressure to a point of getting inked for a celebrity.

She disclosed that she is currently at crossroads and does not know what to do.

The lady also accused the cross-dresser of “not showing her any love” after getting the tattoo done unlike the first lady who financially rewarded for tattooing Bobrisky’s face on her back as well.

Read Also: Bobrisky To Gift Diehard Fan Who Tattooed His Face On Her Back N1m, Trip To Dubai, New Phone

It would be recalled that Bobrisky promised one of her fans,  Anumba Gift a free trip to Dubai, N1 million and a new phone of her choice over the tattoo.

After Bobrisky’s kind gesture went viral, other fans including the disowned lady decided to get their own tattoos done, probably hoping to get rewarded as well.

Watch the video of the second lady lamenting about her current dilemma below;

Lady who drew a tattoo of Bobrisky’s face on her back cries out, says she’s been disowned by her father pic.twitter.com/piTWySoqpf

Bobrisky Denies Assaulting Ivorian Lady He Took In After She…

Ivorian Lady Who Tattooed Bobrisky’s Name On Her Body…