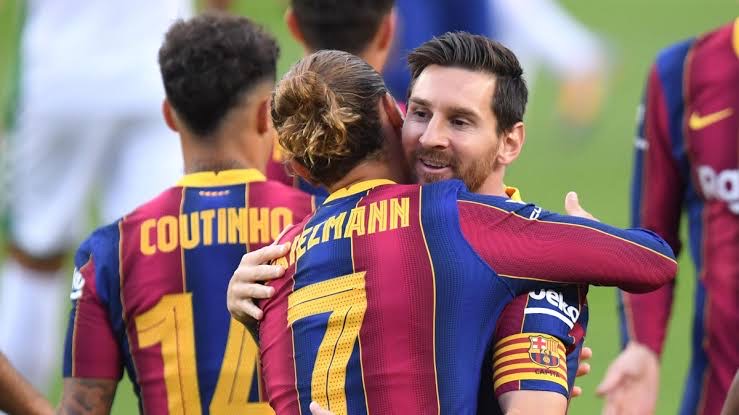 Lionel Messi’s brace has given Barcelona a 3-0 victory over Elche on Wednesday evening at Camp Nou.

Barcelona are back to winning ways in La Liga thanks to the comfortable 3-0 win over Elche tonight. They easily dominated the weak Elche side with very good goals in the second half.

They started slowly and the first half was a mediocre performance. Elche parked the bus but were also average at their defending, allowing enough space for Barça to create if they wanted to.

However, Barça were not great in possession, going through the motions with their passing and not really going for it in the final third.

Francisco Trincao missed Barcelona’s best chance of the half, Elche’s goalkeeper Badia saved the Portuguese attempt. Elche had a couple of dangerous moments on the counter, with Boyé missing a very good early chance and Pere Milla forcing a save out of Marc-André ter Stegen, and that was halftime.

Lionel Messi opened the scoring in the 48th minute as the Argentine went on a run and played a one-two with Martin Braithwaite, who gave it back with a gorgeous backheel, and Messi found the back of the net for the opener.

The six-time ballon d’or winner scored his and Barça’s second after an incredible solo run by Frenkie De Jong, and Jordi Alba joined the party after an assist by Braithwaite.

Barca are now hanging in the title race. They have played a game more than Atletico Madrid but they are within five points now — as close as they have been in 2021 — and Diego Simeone’s side have started to drop points. It’s still a long shot but, as coach Ronald Koeman said on Tuesday, “while there’s still hope, we have to keep fighting.”

With Messi, they still have the league’s highest goal scorer- 17 goals. Despite the doubts about his long-term future, the 33-year-old keeps delivering. He has scored 10 times in his last six La Liga appearances and remains the team’s main creator also.