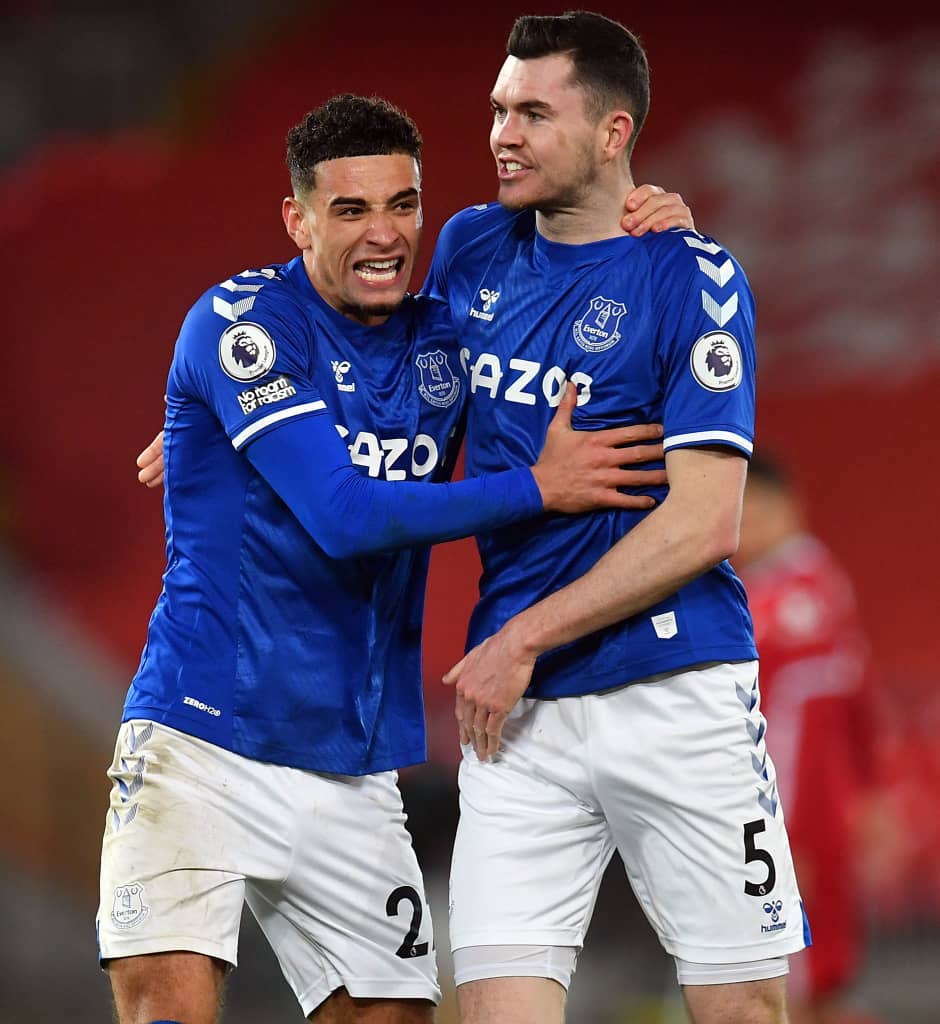 Liverpool slumped to a fourth consecutive home defeat in English Premier League (EPL) after losing 2-0 to Everton in Anfield stadium on Saturday evening.

Everton secured a win at Anfield for the first time since 1999.

The Reds (Liverpool) were defensively vulnerable, they lacked creativity and composure. The League Champions are low on confidence both in the defensive and attacking aspect.

Liverpool struggled to get back into the game, but their misery was doubled when Thiago Alcantara lost possession in his own half with a misjudged header.

James Rodriguez reacted first and slid a pass to Racharlison behind Kabak, the Brazilian striker slid the ball pass Allison into the back of the net.

The combine powers of Sadio Mane, Roberto Firmino and Mohammed Salah couldn’t rescue Liverpool from losing to the Toffees (Everton).

Everton defended aggressively sensing their opponent’s fragility. The trio of Ben Godfrey, Mason Holgate and Michael Keane all combined to ensure Liverpool’s front three had little room to manoeuvre on the ball.

The six-time UEFA Champions league winners could only manage two shots on target all through the game.

Liverpool dominated possession but it was futile as they couldn’t convert it to goalscoring opportunities. Their meaningful chances in the first half came from long-range efforts.

The Champions ruthless streak appears to have deserted them and it can be seen in the statistics.

With their title race already in rumbles, Liverpool face a risk of not finishing this season outside the top-4.