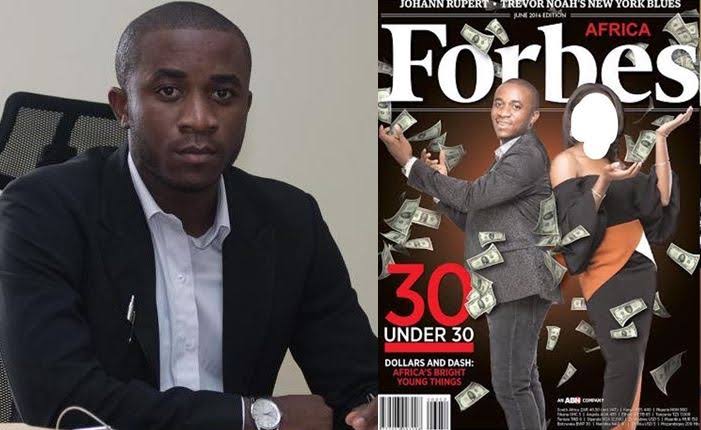 Obinwanne Okeke, better known as Invictus Obi, who was once listed on Forbes Africa 30 Under 30, was on Tuesday sentenced to 10 years in prison for his involvement in a computer-based intrusion fraud scheme that caused approximately $11 million in known losses to his victims, it has emerged.

Okeke, who was on August 6, 2019, arrested by Federal Bureau of Investigation, later pleaded guilty to two charges of Internet fraud.

The defendant, who had investments in oil and gas, agriculture, private equity, alternative energy, telecom and real estate, had operated his holdings under the ‘Invictus Group‘ and had a presence in three countries including Nigeria, South Africa and Zambia.

The businessman, who was described as an inspiration to many Nigerian youths before he was exposed, is believed to have defrauded American citizens through fraudulent wire transfer instructions in a massive, coordinated, business email compromise scheme.

Last December, a Federal High Court in Lagos ordered the permanent forfeiture of N235,451,969 found in his bank account.

Through subterfuge and impersonation, Obinwanne Okeke engaged in a multi-year global business email and computer hacking scheme that caused a staggering $11 million in losses to his victims.

Today’s sentence further demonstrates EDVA’s and FBI’s worldwide reach in vigorously pursuing justice on behalf of American victims and others and holding international cybercriminals accountable, no matter where they commit their crimes.

The U.S. Attorney’s Office for the Eastern District of Virginia provided details of the court judgment early Wednesday morning.

According to court documents, Okeke, 33, operated a group of companies known as Invictus Group based in Nigeria and elsewhere.

From approximately 2015 to 2019, Okeke and others engaged in a conspiracy to conduct various computer-based frauds, prosecutors said.

The conspirators obtained and compiled the credentials of hundreds of victims, including victims in Eastern District of Virginia.

As part of the scheme, Okeke and other conspirators engaged in an email compromise scheme targeting Unatrac Holding Limited, the export sales office for Caterpillar heavy industrial and farm equipment.

In April 2018, a Unatrac executive fell prey to a phishing email that allowed conspirators to capture login credentials.