#OccupyLekkiTollGate: No Protest Will Be Allowed To Hold – Lagos Police Commissioner Declares 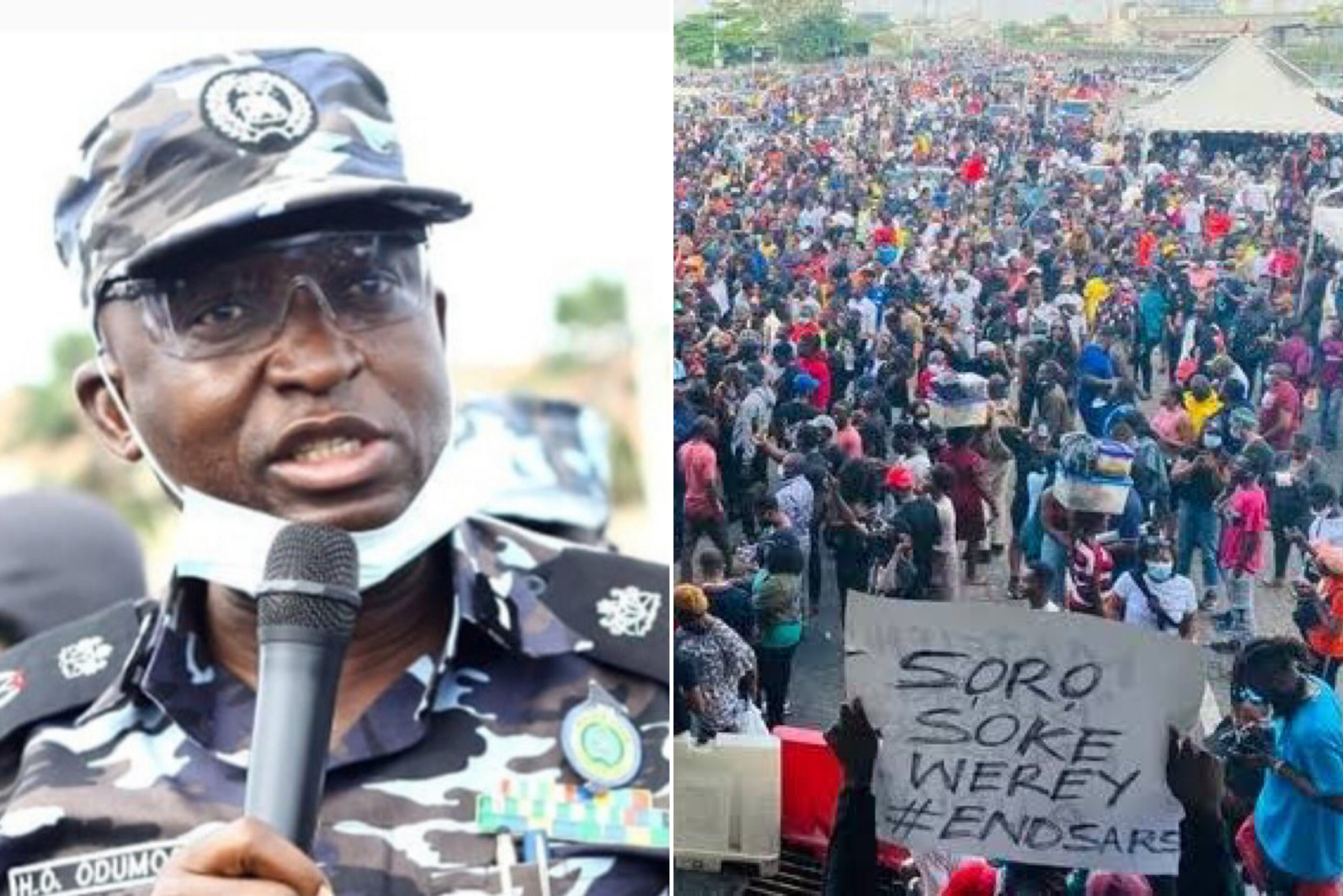 Lagos state Commissioner of Police, Hakeem Odumosu, has declared that no protest will be allowed to hold at Lekki tollgate on Saturday, February 13.

On Tuesday, February 9, some Nigerians using the hashtag #OccupyLekkiTollgate announced plans to stage fresh protests over plans to reopen the tollgate.

Lagos Judicial Panel of Inquiry had on Saturday, February 6 gave permission to Lekki Concession Company (LCC) take over the tollgates that have been shut since October 2020 after the gunshot incident that reportedly left some #EndSARS protesters dead and injured.

While the #OccupyLekkiTollgate proponents were making plans for their protests, another group using the hashtag #DefendLagos announced plans to hold a counter-protest at the same Lekki tollgate. Both protests are slated for Saturday.

However, the Lagos CP on Thursday said;

Organising any protest in furtherance of the recent violent and destructive #EndSARS protest will be counterproductive to the ongoing series of inquiries and investigations into many cases related to the #EndSARS violence and the present security situation of the state.

Above all, the command has gathered intelligence that some hidden agents of destruction and shadow parties that planned and orchestrated the last #EndSARS violence have concluded plans to cause another set of mayhem in Lagos State and spread same to other parts of the country, tactically and spontaneously, like the recent violence.

Premised on the available intelligence and due threat analyses carried out on the planned protest, the command perceives such proposed protest as a calculated attempt to cause pandemonium, brouhaha and massive destruction of lives and properties under whatever guide and such will not be allowed in Lagos State.

The Command also warns that adequate arrangement and deployment of security forces to kick against and dislodge any violent protest, gathering and procession in any part of the state has been emplaced. The decision of the command in this regard is in the interest of all and sundry in Lagos and to ensure that the statutory responsibilities of the Nigeria Police Force are not compromised.

I, therefore, appeal to the general public, particularly parents and guardians, to discourage and warn their children and wards to ignore any unreasonable call or mobilization for protest or gathering which runs against the existing peace and security situation of the state.