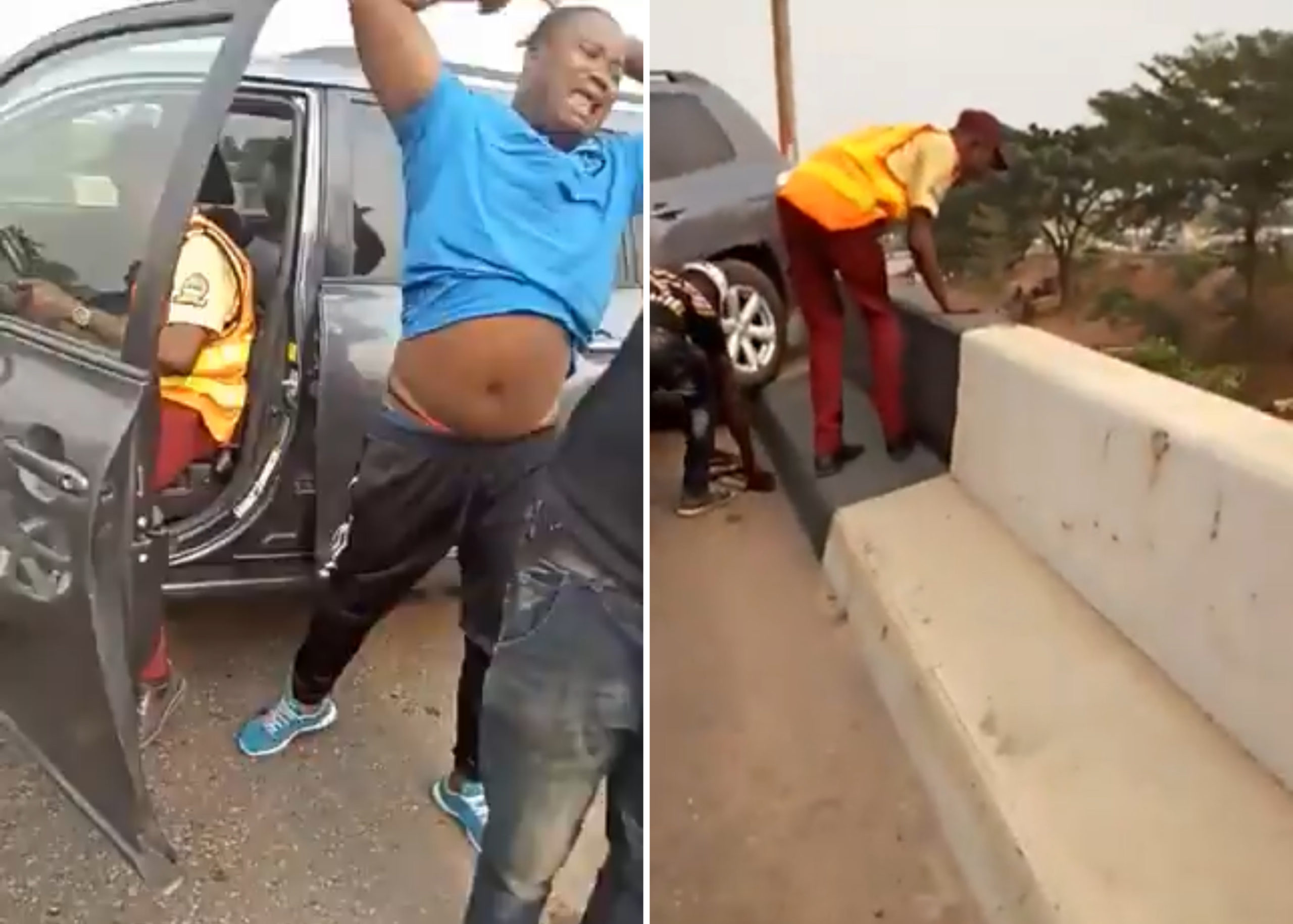 Lagos state police command has revealed that the policeman who was knocked off a bridge by the driver of a Toyota SUV earlier today in a viral video is alive and healthy.

Unfortunately, while reversing, he accidentally knocked a policeman behind his car off a bridge and into a canal.

He made this known in a statement on Thursday evening while recounting how the incident happened.

The incident occurred on Wednesday 24/2/21 at about 1730hrs, when some LASTMA personnel were backed up by the police on enforcement duty within the state contravened a Toyota SUV, driving against the traffic along International Airport road.

The driver resisted arrest and while trying to escape, a police inspector David Zapania was knocked down from the bridge and fell into a canal.

Read Also: Lagos Driver Who Knocked Policeman Off A Bridge To Be Charged, Vehicle Impounded (Video)

He revealed that the police inspector was rescued and rushed to Lagos State Emergency and Trauma Center where he was attended to and discharged, but sustained fracture on his left hand.

Meanwhile the reckless driver has been arrested and his vehicle impounded. The driver will be arraigned today, Thursday 25th February, 2021 before a mobile court at Oshodi.

The spokesman added that Lagos Commissioner of Police, CP Hakeem Odumosu, has sympathised with the policeman and restated his zero tolerance for gross violation of traffic laws and regulations in the state.

Lagos Driver Who Knocked Policeman Off Bridge Charged With…

Lagos Driver Who Knocked Policeman Off A Bridge To Be…