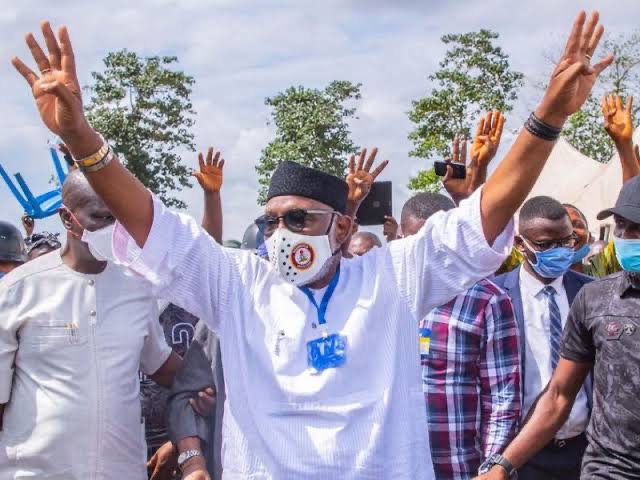 Ondo state Governor, Oluwarotimi Akeredolu has on Wednesday, February 24 been sworn in for a second term in office.

He took the oath during his inauguration which was held at the International Culture and Event Centre, Akure alongside his deputy, Mr Lucky Ayedatiwa.

The former Ondo Commissioner in Niger Delta Development Commission was accompanied by his wife and three children.

Governor Akeredolu was also accompanied by his wife, Betty, children and grandchildren.

The ceremony was coordinated by the state Chief Judge, Justice Olanrewaju Akeredolu.

Akeredolu, who ran for reelection on the platform of All Progressives Congress (APC), polled a total of 292,830 votes.

Just In: One Feared Dead, Many Injured As Ondo NURTW Members…