Nigerian Air Force has laid to rest seven officers who died in the Sunday air crash at National Cemetery, Lugbe in Airport Road, Abuja on Thursday.

The men died in the Beechcraft King Air B350i which crashed a short distance from the Nnamdi Azikiwe International Airport, Abuja, after reporting engine failure.

Their coffins were draped in Nigeria’s flag and sitting on each coffin were the shoes and caps of the deceased.

Mrs Sola Oluwasola, the elder sister of Fl. Sgt. Olasunkanmi, said her brother was on leave when he was called by his superiors to return for an operation.

The personnel had been in Minna, Niger State, for days conducting Intelligence, Surveillance and Reconnaissance missions in connection with the efforts to secure the release of the 42 students and staff abducted from Government Science College Kagara, Niger State.

The victim’s elder sister said the victim left behind three children, including a one-year -old son.

According to Oluwasola, the deceased had been taking care of the entire family members, particularly their aged mother.

She recalled that only two persons were shortlisted by Nigerian Air Force in the entire Ekiti State when Olawunmi joined the military in 2001.

See some photos of the burial ceremony below; 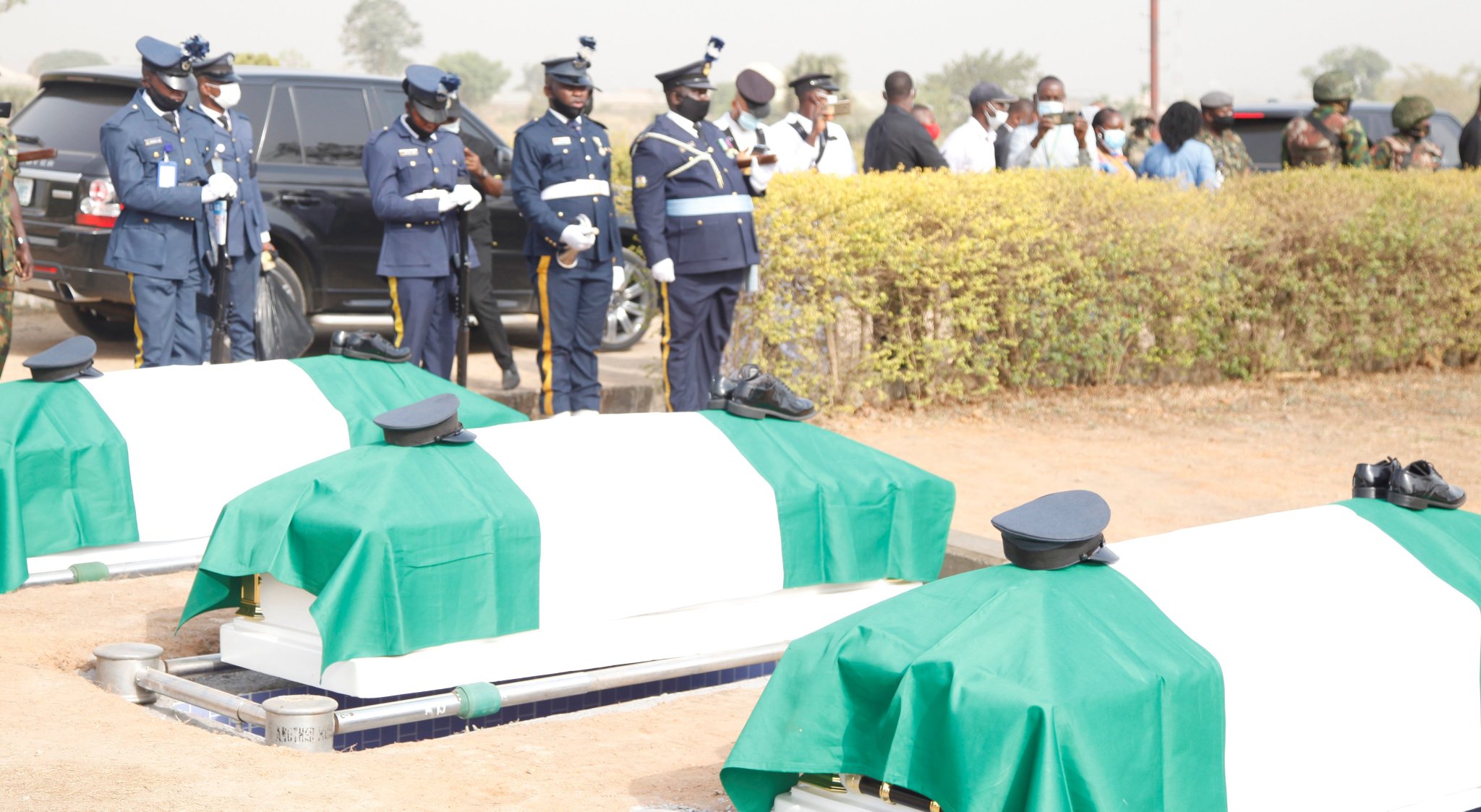 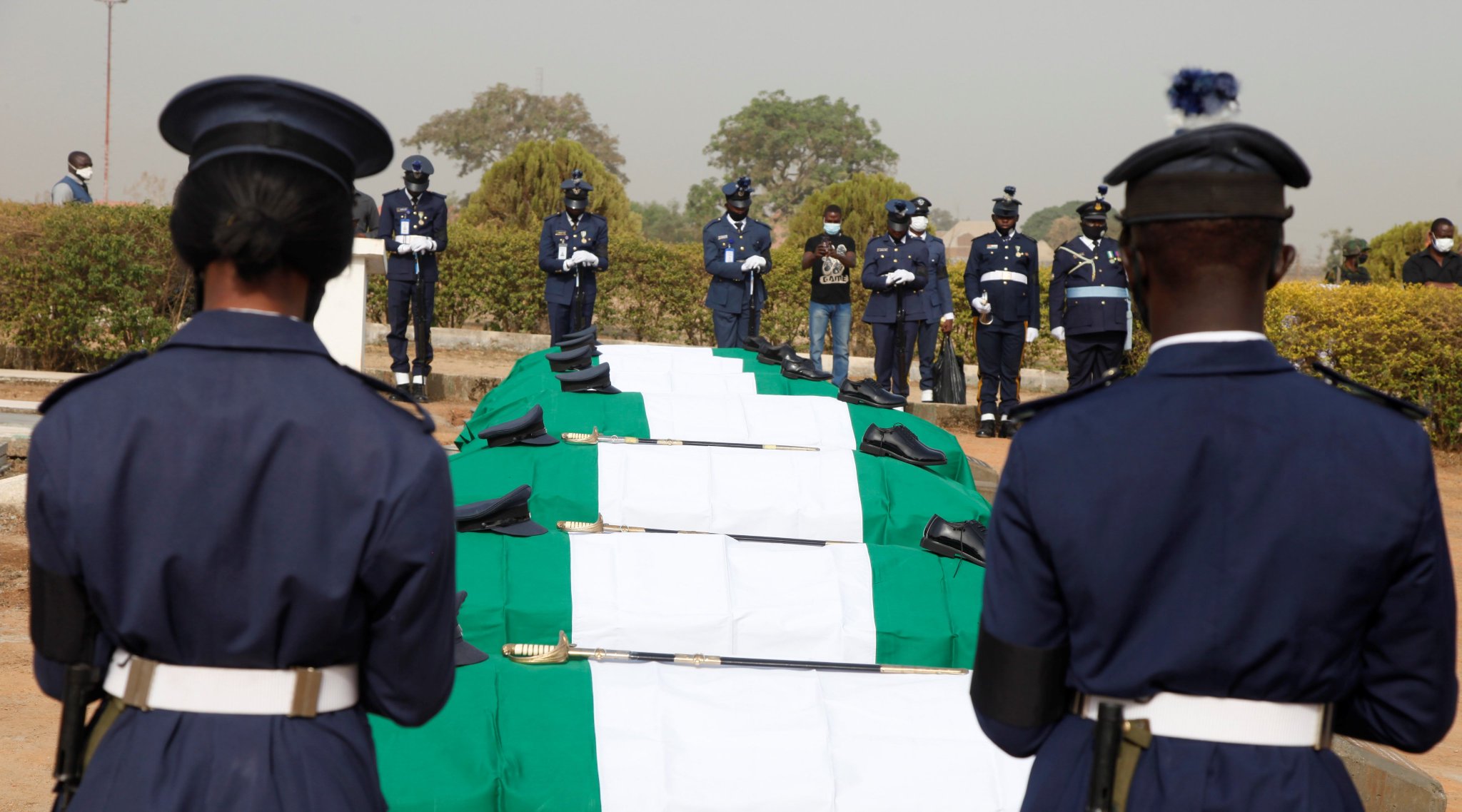 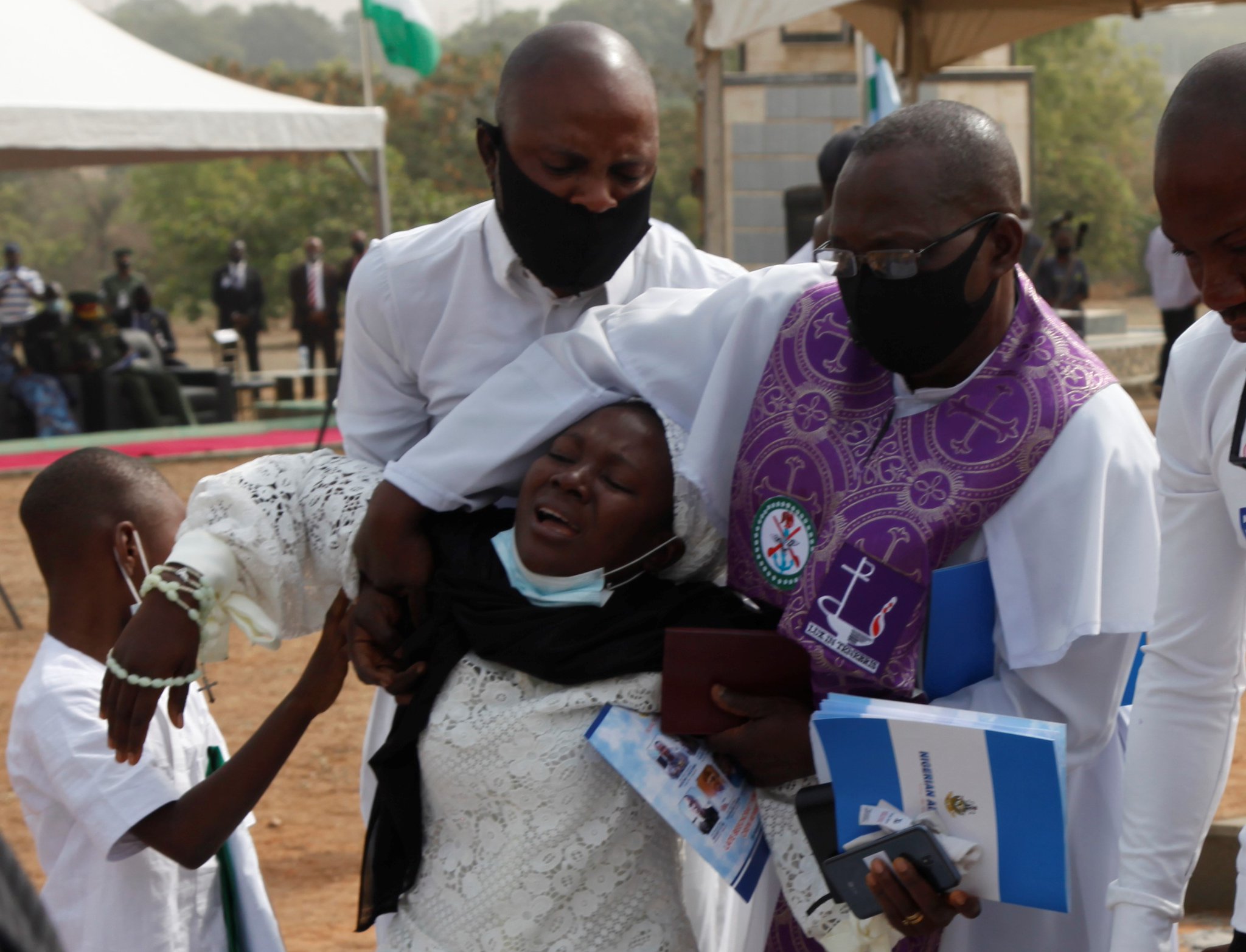