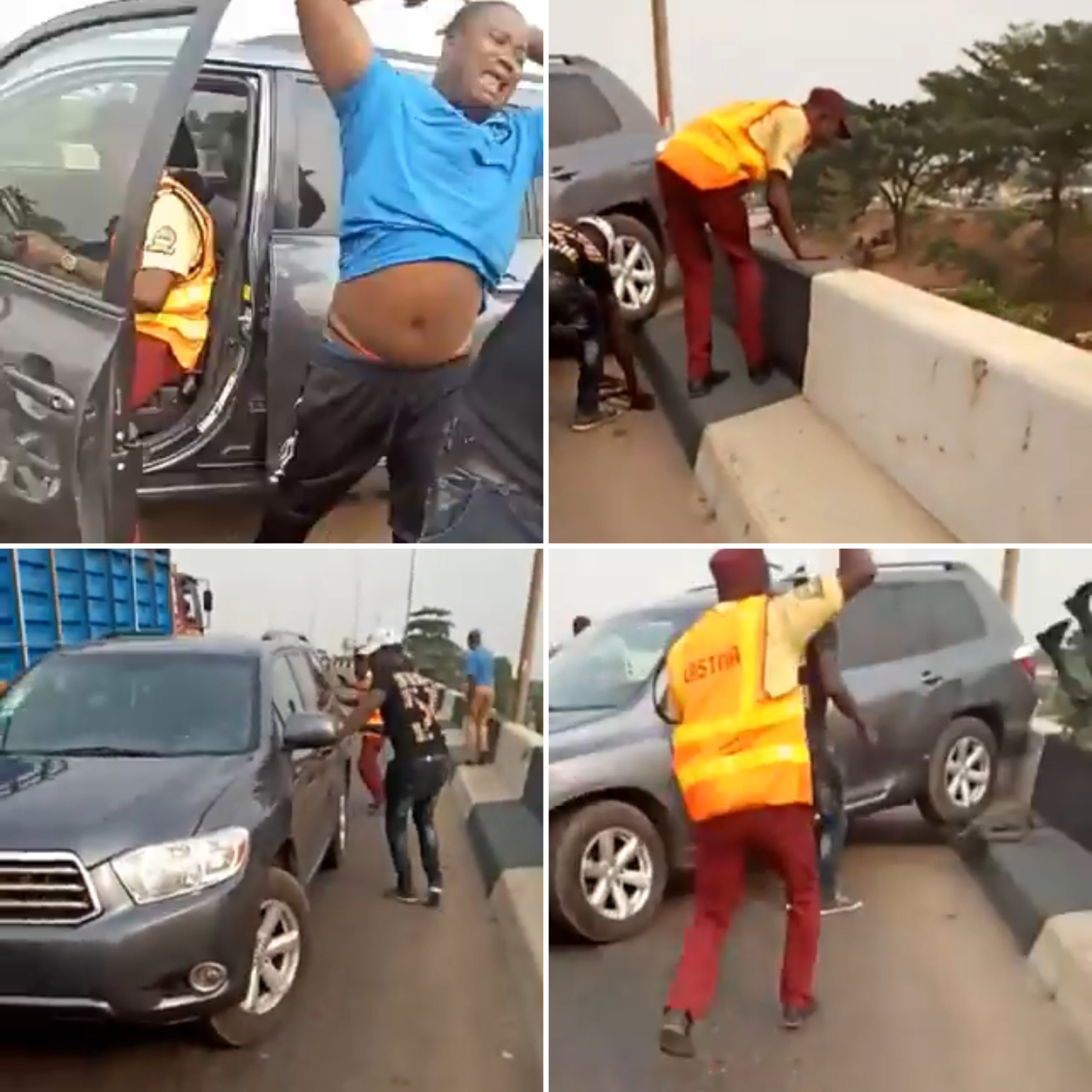 A Lagos driver who drove against traffic has knocked a police officer off a bridge while trying to resist arrest by Lagos state Traffic Management Authority (LASTMA) officials.

According to the footage which surfaced online today February 25, LASTMA officials and a police officer attempted to arrest the driver who erred by driving on one-way lane.

However, in his attempt to flee the scene, the driver reversed and hit the police officer who was standing behind his vehicle.

The police officer fell off the bridge and into a canal under the bridge. Thankfully he survived the fall.

Upon realising his action, the driver became terrified and began to plead for forgiveness.

The moment a man trying to escape suspected LASTMA official hit one off of a bridgepic.twitter.com/DOjs3FfrUJ

Lagos Driver Who Knocked Policeman Off Bridge Charged With…