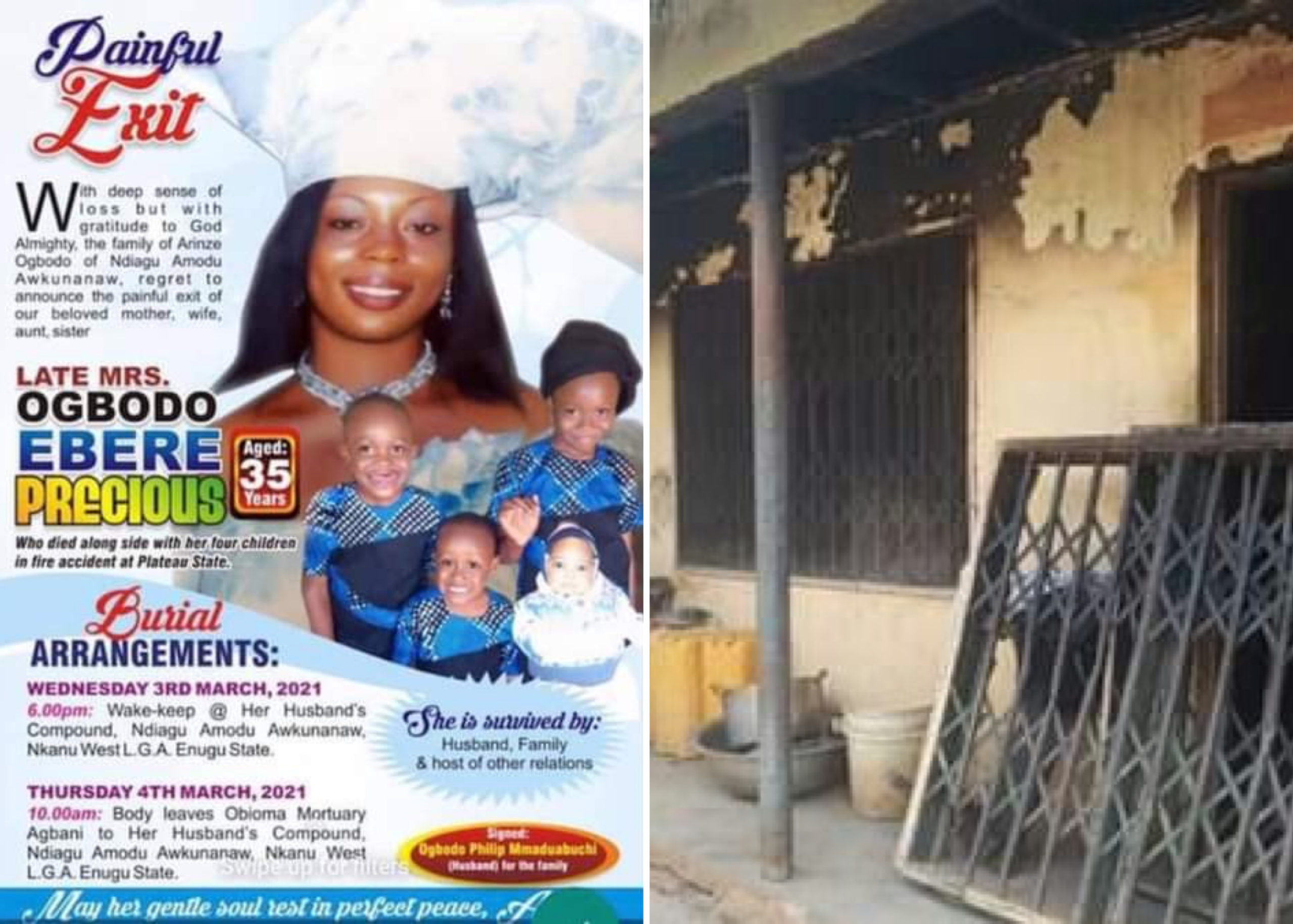 A 35-year-old woman, Ebere Precious Ogbodo and her four children, Rejoice, Merkel, Harmony and Engel have lost their lives in a deadly fire house fire in Jos, Plateau state.

The victims, who would be laid to rest on Thursday, March 4, were involved in tragic incident at their home in Gyel community, Jos South Local Government Area of the state on Thursday night, February 25. 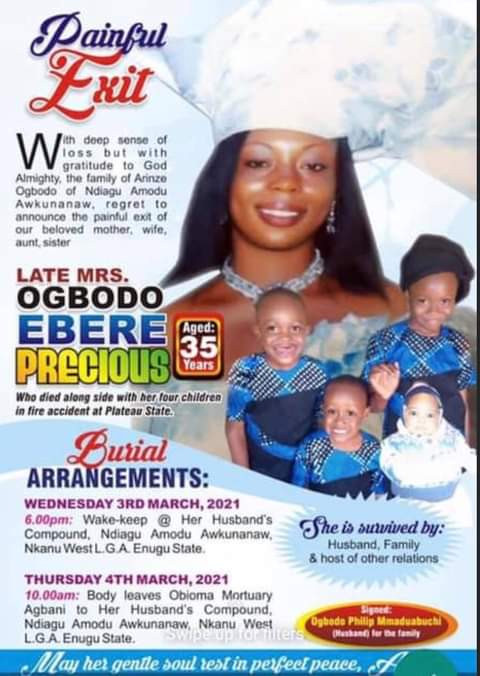 The children died instantly while their mother was rushed to Dee Medical Center in Bukuru. Sadly, she passed away the following day while undergoing treatment. 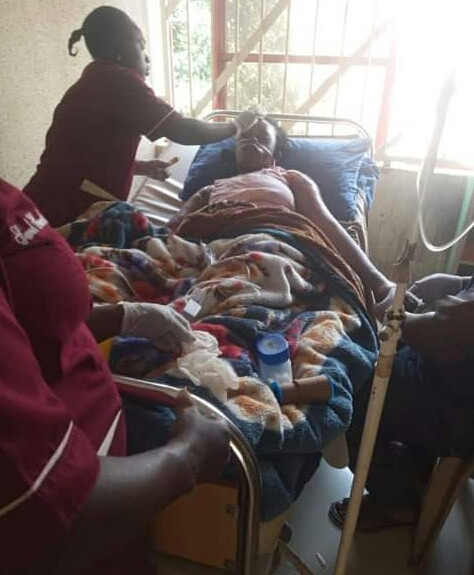 Although, cause of the fire was yet to be ascertained, some residents attributed it to electrical fault. 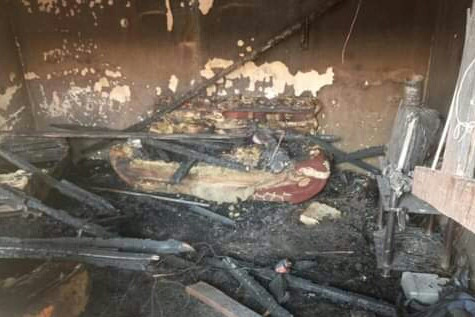 It was gathered that the inferno was so intense that virtually everything in the house was gutted.

Confirming the development, the husband and father of the children, Philip Ogbodo said the incident occurred an hour after he left the house to go watch a football match at a viewing center in the area. 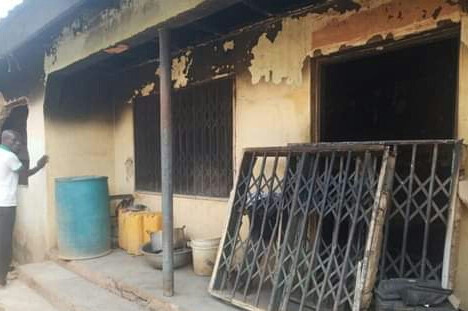 According to him, on his way back from the entertainment centre, he saw neighbors battling to put out the flames in his house.

His mother and children will be laid to rest in their hometown, Ndiagu Amodu Awkunanaw in Nkanu Local Government Area of Enugu State. 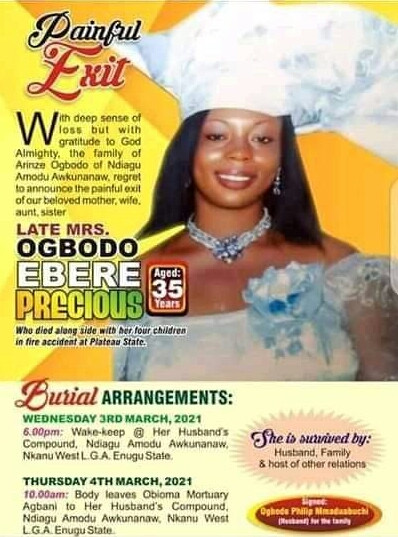 See some other photos of the victims below; 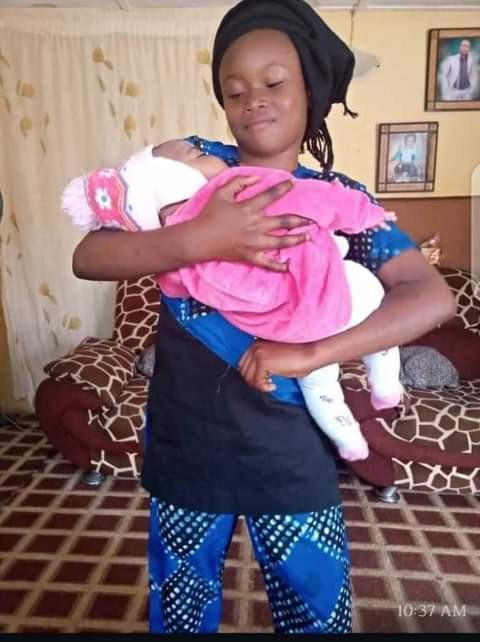 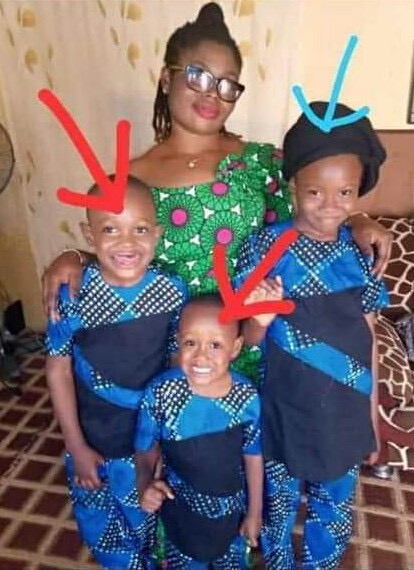 Bunny Wailer, Reggae Icon And Last Surviving Member Of ‘The Wailers’, Dies At 73