7 In 10 People Hospitalised For COVID-19 Have Not Fully Recovered Five Months After Discharge, Study Says 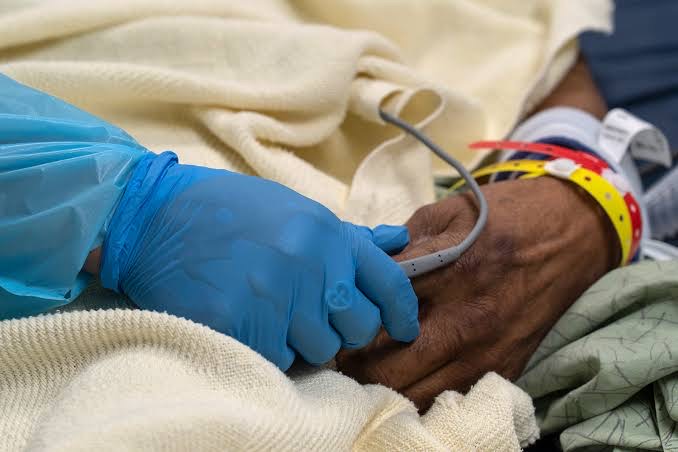 Majority of individuals hospitalised with coronavirus disease have not fully recover even five months after they were discharged, according to a new UK study.

The researchers found that the patients continued to experience the negative impacts of the infection on their physical and mental health as well as their ability to work.

They said 1 in 5 people have developed a new disability, and a similar number either not working or having to change jobs due to their health.

The UK-wide study, led by National Institute for Health Research (NIHR), analysed 1,077 COVID-19 patients who were discharged from hospitals between March and November 2020.

When the participants were followed up five months later, only 29% of people said they felt fully recovered, while more than 90% of people had at least one persistent symptom, and most experienced an average of nine ongoing symptoms.

Those who have the most severe prolonged symptoms were middle-aged white women with two or more co-morbidities, such as asthma or diabetes.

As per the study, over 25% of participants displayed clinically significant symptoms of anxiety and depression while 12% showed symptoms of post-traumatic stress disorder (PTSD).

In her remark, Rachael Evans, an associate professor at the University of Leicester and respiratory consultant at Leicester’s hospitals, in a statement said;

Our results show a large burden of symptoms, mental and physical health problems and evidence of organ damage five months after discharge with COVID-19.

It is also clear that those who required mechanical ventilation and were admitted to intensive care take longer to recover.

She however highlighted that much of the wide variety of persistent problems was not explained by the severity illness, indicating other underlying reasons.

Ten most common symptoms were muscle pain, fatigue, physical slowing down, impaired sleep quality, joint pain or swelling, limb weakness, breathlessness, pain, short-term memory loss, and slowed thinking, according to the study, which has not been peer-reviewed.

The participants of the study were also divided into four groups based on the severity of their symptoms at follow-up: Very severe, severe, moderate and mild, with 46% of people in this last group.

Based on these groups, the researchers also identified a potential cause for the ongoing effect on health.

Five months after discharge, patients with the most severe symptoms had higher levels of a protein called C-reactive protein, which is associated with inflammation in the body, explained Louise Wain, chair in respiratory research at the University of Leicester and co-investigator on the study.

From previous studies, it is known that systemic inflammation is associated with poor recovery from illnesses across the disease spectrum.

In the groups, persistent inflammation in the body determined by this C-reactive protein was related to the severity of symptoms, but not how severe the participant had been affected by COVID-19 when in hospital.