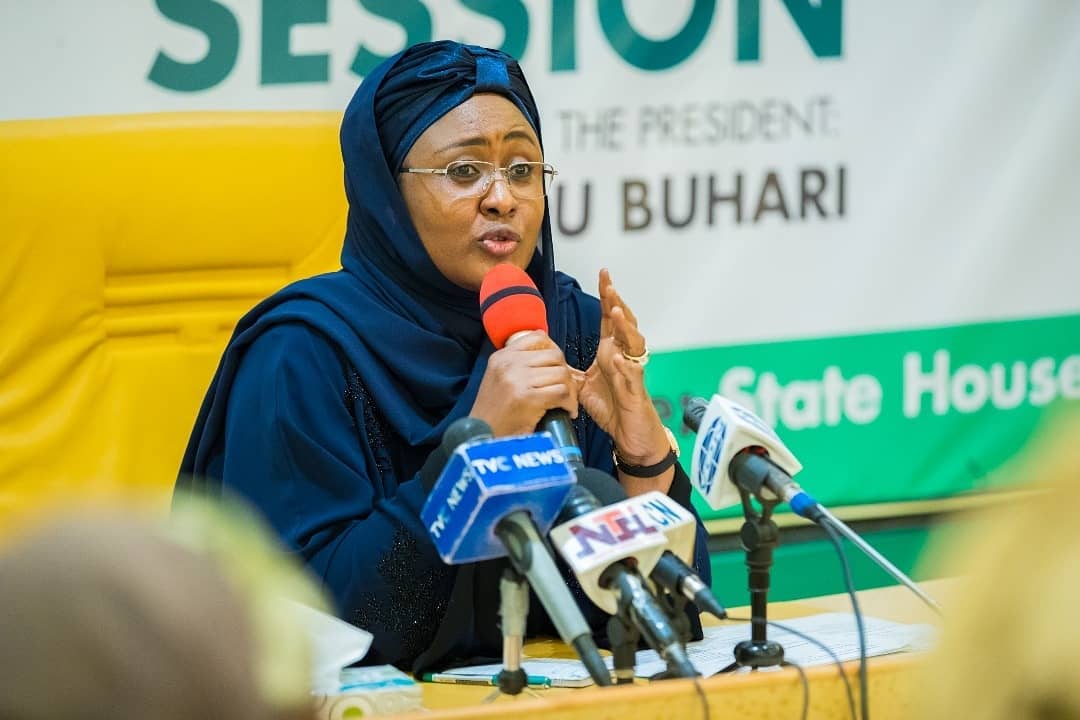 According to Daily Trust, sources revealed that the First Lady returned to the country on Wednesday night and is currently at the Presidential Villa in Abuja.

She has been away from the social scene since late last year after one of her daughters, Hanan tied the knot in September.

At some point, there were reports that she had relocated to Dubai, United Arab Emirates, citing security issues.

However, shortly after, one of her aides, Kabiru Dodo, said Mrs Buhari was only on a foreign medical trip.

Even on her 50th birthday on February 18, no word were heard from Aisha Buhari, sparking various speculations.

She, however, broke her long silence in a message posted on her Twitter handle as joined in the March 6 celebration of International Women’s Day 2021.

In her message, she appreciated the efforts of women and girls in the fight against the coronavirus pandemic.

Aisha then condemned the recent abduction of women and girls in Nigeria by insurgents and bandits, noting the impact these heinous acts could have in diminishing the successes achieved so far in girl-child education and early marriages.

The First Lady called on stakeholders to exert their influence in bringing the abductions to an end and to ensure the safety of “girls anywhere they may find themselves”.

Before this period, checks by MDB showed that the last time she used her Twitter handle was on November 25, 2020, where she retweeted a post.

During her long silence, the presidency avoided making comments on the issue and even Special Assistant to the President on Media and Publicity, the Office of the First Lady, Mr Aliyu Abdullah, ward off questions demanding Aisha Buhari‘s whereabouts during an interview on television.

While speaking on a Channels Television programme, Abdullahi had been asked the whereabouts of the First Lady, but he tendered an apology and said he was not on air to discuss such issue.

Abdullah, who spoke from Kaduna State, stated that the First Lady was entitled to her privacy and she could decide to answer such questions or not.

It is however not clear if she has finally returned to the country or if she is in Nigeria temporarily.