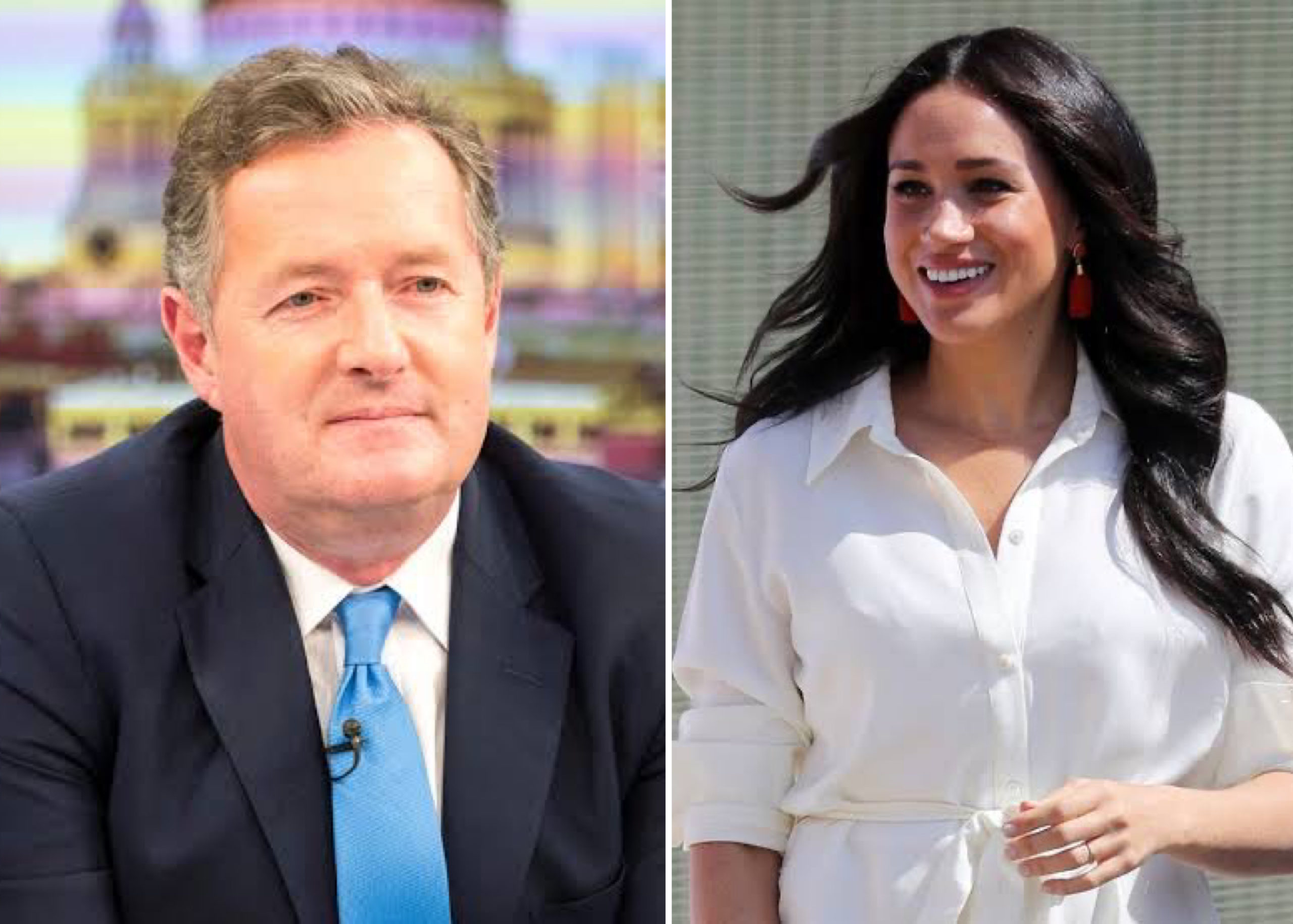 Piers Morgan, British broadcaster, has stepped down as host of ‘Good Morning Britain’, a breakfast show on ITV, following comments he made about Duchess of Sussex, Meghan Markle sparked public outcry and triggered an investigation by United Kingdom.’s media regulator.

Meghan Markle opened about her mental health and feeling suicidal during her time in the Royal Family in her explosive interview with Oprah Winfrey, which was broadcast in the U.S. on Sunday evening.

She expressed that she approached people within the Royal “institution” for help after she had entertained suicidal thoughts, but was turned down.

Piers Morgan, following the interview which she had alongside her husband, Prince Harry, in his reaction on Monday morning said;

Who did you go to? What did they say to you? I’m sorry, I don’t believe a word she said, Meghan Markle. I wouldn’t believe it if she read me a weather report. And the fact that she fired up this onslaught against our royal family I think is contemptible.

The 55-year-old’s exit from “Good Morning Britain” comes less than an hour after an investigation was launched by British media regulator Ofcom into his comments on Monday’s edition of the show.

Ofcom began the probe on Tuesday after more than 41,000 people wrote complaints about Morgan’s behaviour.

ITV’s spokesperson has now broken the news about Morgan’s exit, explaining that the media personality notified the organisation of his resignation.

Following discussions with ITV, Piers Morgan has decided now is the time to leave Good Morning Britain. ITV has accepted this decision and has nothing further to add.

Morgan’s statement about Meghan and Harry angered a lot of people and they called him out. Piers Morgan’s co-host, Alex Beresford, also called him out on TV and it resulted in Morgan stormed out on live TV.

He had during the show expressed his reservations over Meghan’s revelations when she featured in the interview with Oprah Winfrey.

Read Also: Prince Harry And Meghan Markle Reveal How Tyler Perry Came To Their Rescue After They Were Cut Off From Royal Support (Photos)

I understand that you’ve got a personal relationship with Meghan Markle or had one and she cut you off. She’s entitled to cut you off if she wants to. Has she said anything about you since she cut you off? I don’t think she has, but yet you continue to trash her.

This had resulted in an intense exchange between the duo which saw Morgan walked off set and returned about ten minutes later.

Morgan was yet to comment on his resignation on social media, as at the time of this report.

He, however, shared a gif showing a ticking clock on his Twitter page shortly after news of the development broke.

His resignation comes after hosting the show for about six years. Morgan, who began his career as a newspaper journalist and had a stint on CNN hosting “Piers Morgan Live,” started on “Good Morning Britain” in 2015 as a guest host.