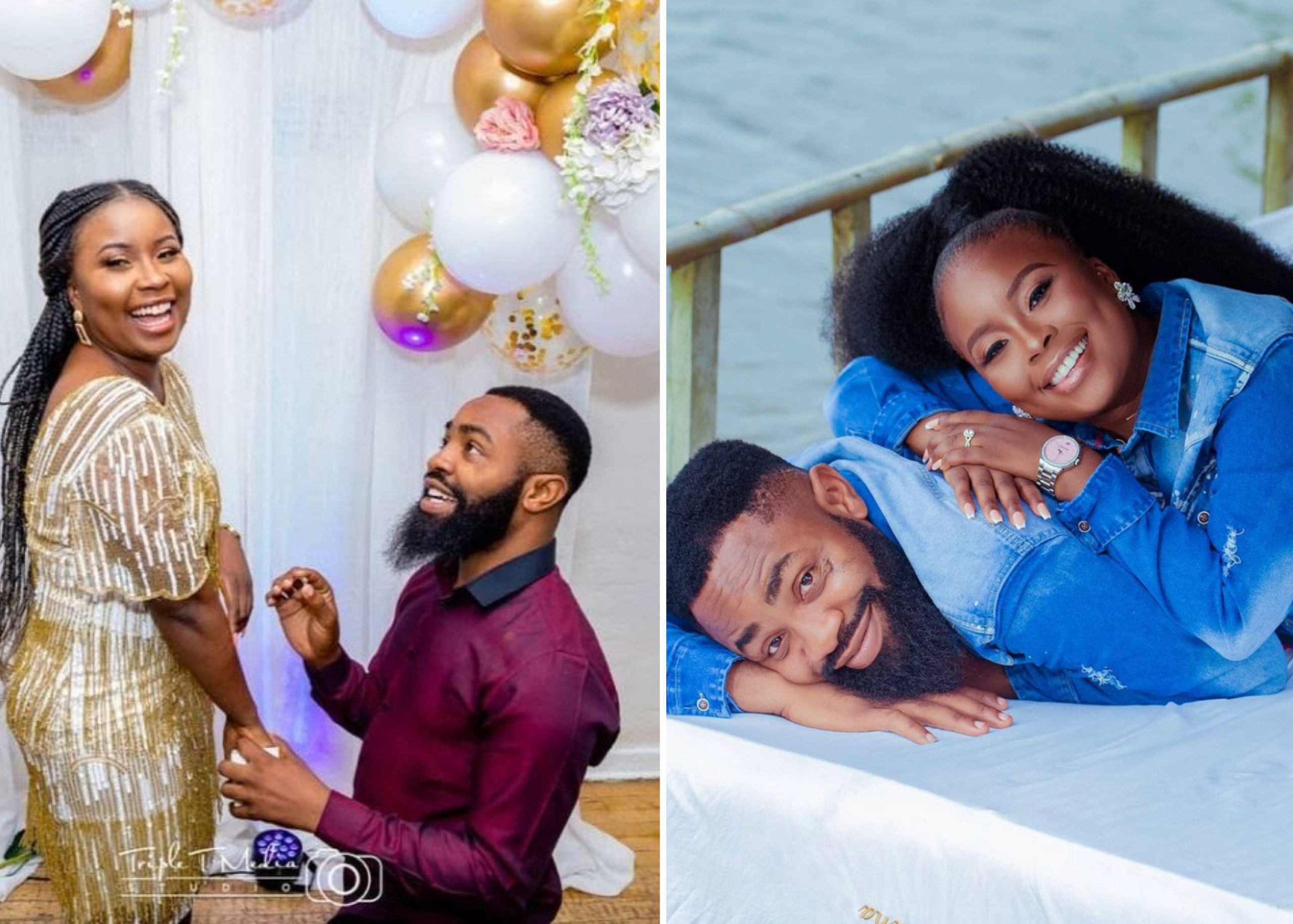 Comedian and actor, Oluwatoyin Bayegun, better known as Woli Arole, has on Tuesday announced his engagement to Yemi, his girlfriend.

The entertainer broke the news by posting a series of loved-up photos of the pair on his Instagram page.

As caption for one of the photos, he wrote;

Yemi why did you laugh like that? You thought prophets are not romantic? Haba, some of us are… I know you have bet it with your friends.

You said ‘Arole is only spiritual’ Now I just disappointed them. My people, I have done well. #BecomingtheBayeguns #IyawoWoliArole. Your smile makes me happy.”

Yemi is also seen flaunting her engagement ring in another photo with a smile etched on her face.

The comedian revealed that their love journey started in London, expressing his excitement that they’re finally set to walk down the aisle.

He also hinted that the wedding would take place next month using the hashtags #April and #Weddingbells respectively.

A journey that started somewhere in London. So glad I am walking down the aisle with you. You’re a blessing to me. Yemmy Yemmy like I love to call YOU. Ololufemi Owon. #April #Weddingbells.

It was gathered that the pair have been friends for six years before the comedian finally popped the question.

See some photos of the beautiful couple below; 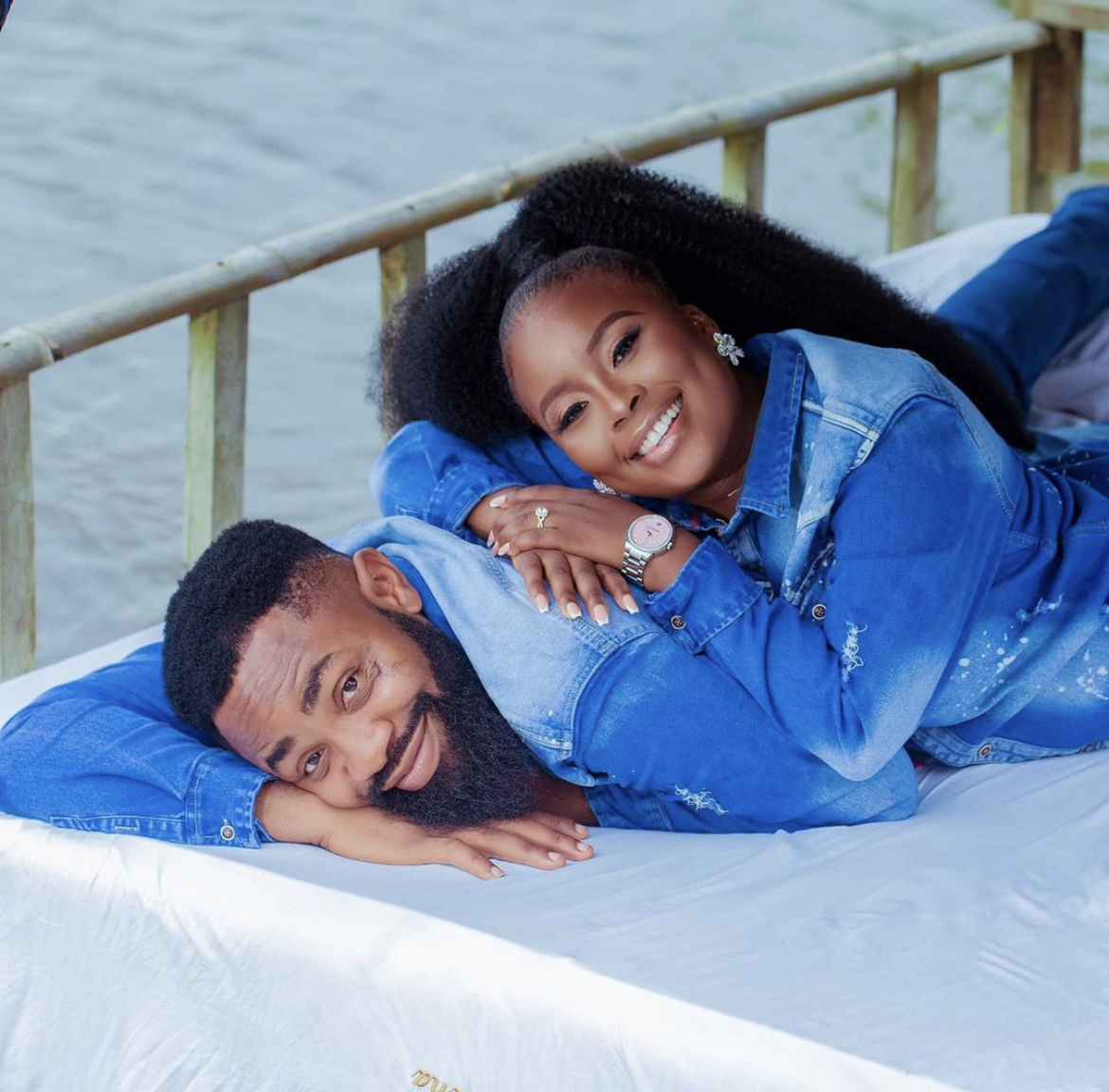 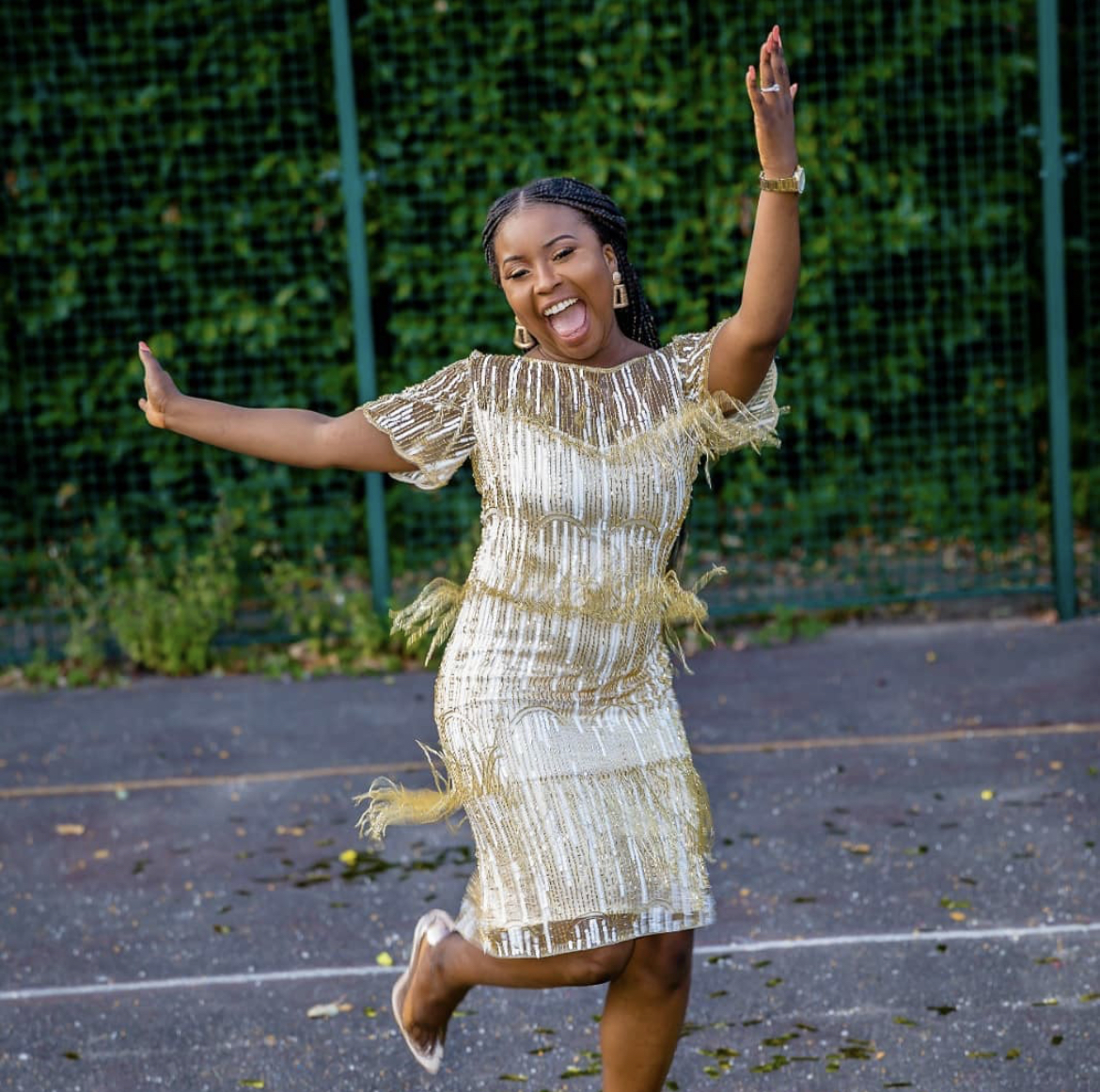 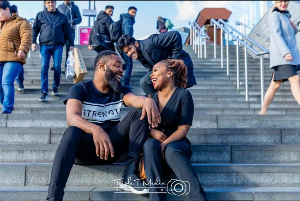 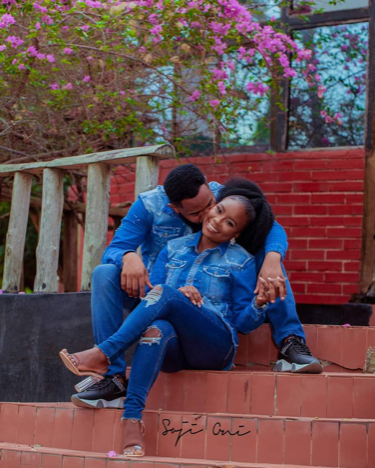 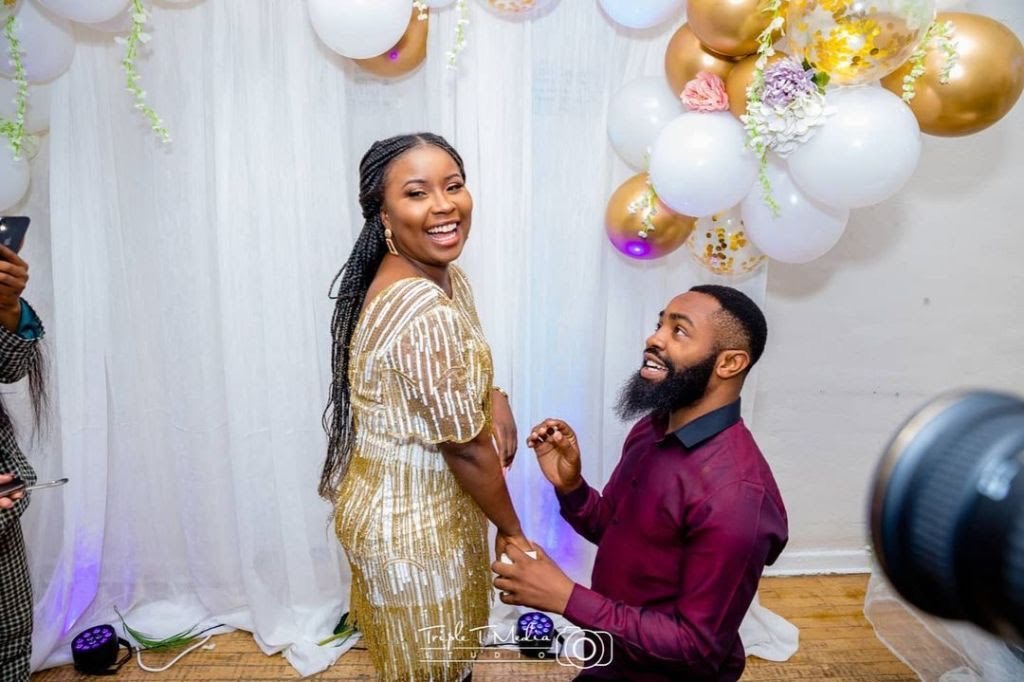 Nollywood Actor, Somadina Adinma Gifts Himself A Car Ahead…