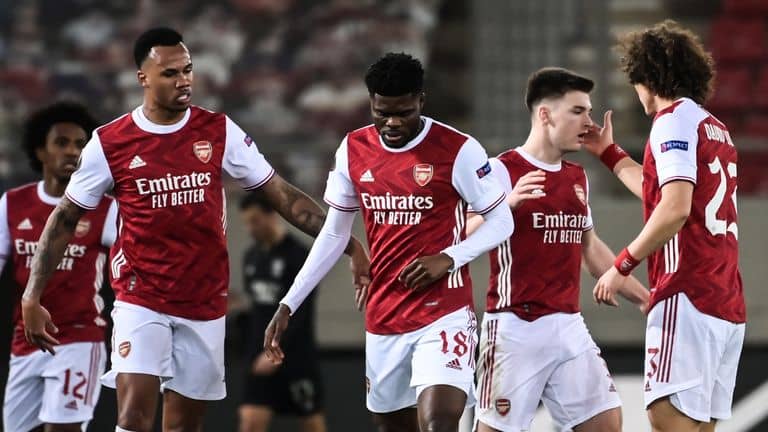 Arsenal have traveled to Turf Moor in England to face Burnley on Saturday lunchtime looking to make it back-to-back Premier League wins and three victories in a row across all competitions.

In the reverse fixture at Emirate stadium, the Gunners (Arsenal) slumped to a 1-0 defeat. Burnley could now complete a league double over Arsenal for the first time since 1962-63.

Arsenal qualified for the last-16 of Europa League by defeating Benfica on aggregate in a dramatic fashion. They defeated Leicester City 3-1 in their last time out in the League at King Power stadium, David Luiz, Alexandre Lacazette, Nicolas Pepe canceled Yomuri Tilemans‘ opener.

The Gunners must face top-four chasing London rivals Tottenham Hotspur and West Ham United in top flight this month, in addition to a European double-header against Olympiacos, but they need only look to the reverse fixture in December for evidence that they cannot afford to overlook Saturday’s match either.

Arsenal will certainly arrive at Turf Moor in confident mood following their last two results, producing arguably their two most impressive wins of the season in those two games.

Mikel Arteta‘ men have been beaten 11 times in the league this season – only in 2017-18 have they suffered more defeats in a 38-game Premier League campaign – and they have also failed to score in 10 league outings – one short of equalling an unwanted club record.

The Gunners have fared better away from home than they have at Emirates this season and, if history is anything to go by, they will be confident of improving that away record further on Saturday.

Arsenal are unbeaten in their last eight league visits to Turf Moor stretching back to December 1973, and have kept clean sheets in four of their last five such matches.

Meanwhile, Burnley are the second lowest scoring team in the division after rock bottom side Sheffield United, they have scored 19 goals from 27 matches. Only six points seperate Sean Dyche’s boys from the relegation zone despite them losing just one of their last six top-flight outings.

Burnley have also only won once in their last eight games, but they picked up a creditable 1-1 draw with Leicester on Wednesday evening to respond well to their heavy defeat at Tottenham Hotspur last weekend.

The Clarets (Burnley) have drawn each of their last four home games and could set a new top-flight club record of five in a row if they draw again on Saturday.

Arsenal have no injury worries with Emile Smith Rowe the only first-team regular over whom there is a question mark for this match. The youngster was forced off in their victory against Leicester City.

Meanwhile, the Clarets will be without striker Ashley Barnes, who has scored three of the club’s seven Premier League goals against Arsenal.

Johann Berg Gudmundsson, Robbie Brady and Jack Cork will all be assessed ahead of kickoff, but the match may come too soon for Cork in particular to recover from a tight hamstring.