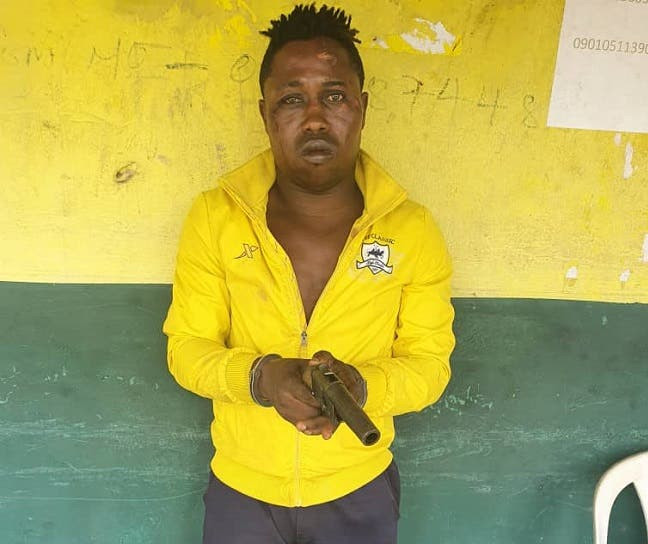 A 23-year-old former convict, Taiwo Sunmomu, has been arrested again for armed robbery about four months after he was released from prison for committing a similar crime.

Spokesperson of Lagos state police command, Muyiwa Adejobi, made this known in a statement on Sunday, March 14.

He stated that the ex-convict and some members of his gang had invaded Ijanikin area of the state and were robbing residents before policemen stormed the area.

The Lagos State Police Command has arrested one Taiwo Sunmonu, m, 23, on 13th March, 2021 at 11.30pm, for armed robbery after he was released from the Kirikiri Correctional Centre in November, 2020, having served a five-year jail term.

The suspect was arrested by the police operatives attached to Ijaninkin Division, while responding to a distress call, as the suspect and his gang members were robbing unsuspecting Lagosians at Ajayi Street, Oto Awori, Ijannikin in Lagos State. But other members of the gang escaped.

The spokesman also stated that the suspect has confessed to the crime and other crimes he had participated in.

One locally-made pistol and live ammunition were recovered from the suspect.