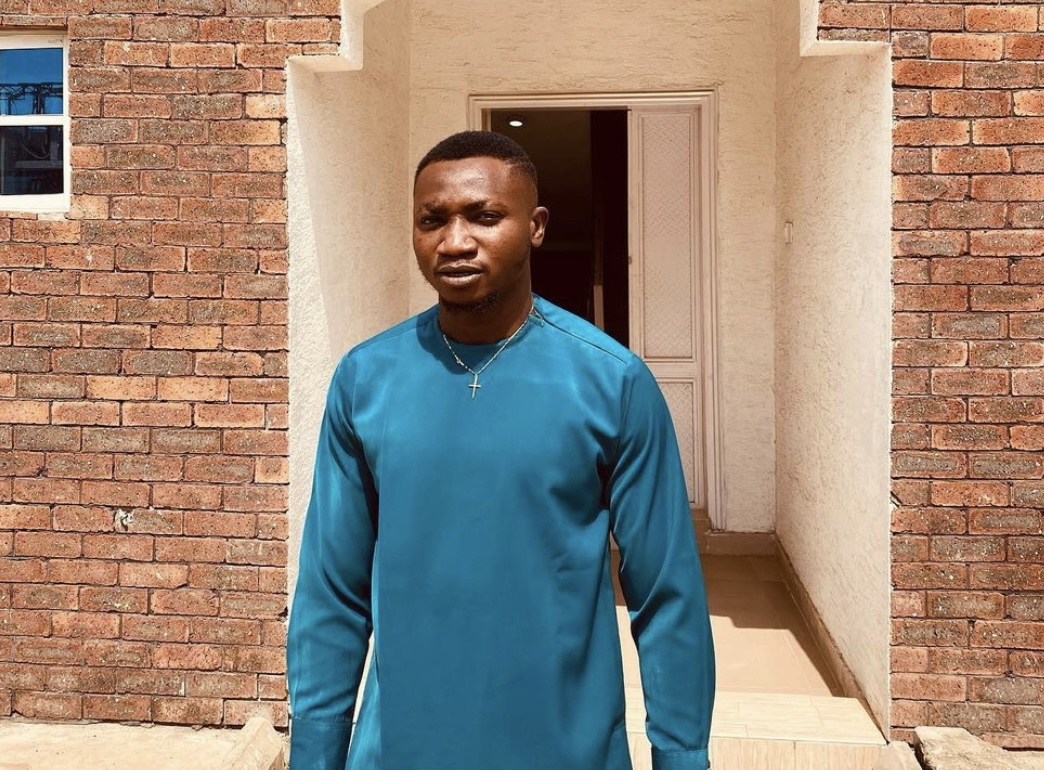 Many Nigerians have taken to micro-blogging platform, Twitter to call for the release one of Nigeria’s finest social media influencers, Pamilerin Adegoke, better known as Uncle Pamilerin, following his reported arrest by Lagos police command.

The hashtag #FreePamilerin is currently the number 1 trending topic on Twitter to press home their demand for his unconditional release from State Criminal Investigation Department, Panti.

On Monday, March 9, Lagos State Police Command invited Pamilerin for questioning, saying; “this office is investigating a case in which your attention is needed to facilitate and bring the matter to a logical conclusion.”

According to SaharaReporters, the media personality was invited over his tweet against a woman identified as Iyabo Awokoya, who is a member of All Progressives Congress (APC).

Awokoya in a tweet on February 14 promised to ‘deal‘ with the social media influencer following an argument that ensued between them.

Is there anyone who please who knows Dr Pam Pam personally and knows his telephone number. I need to make an example of someone. 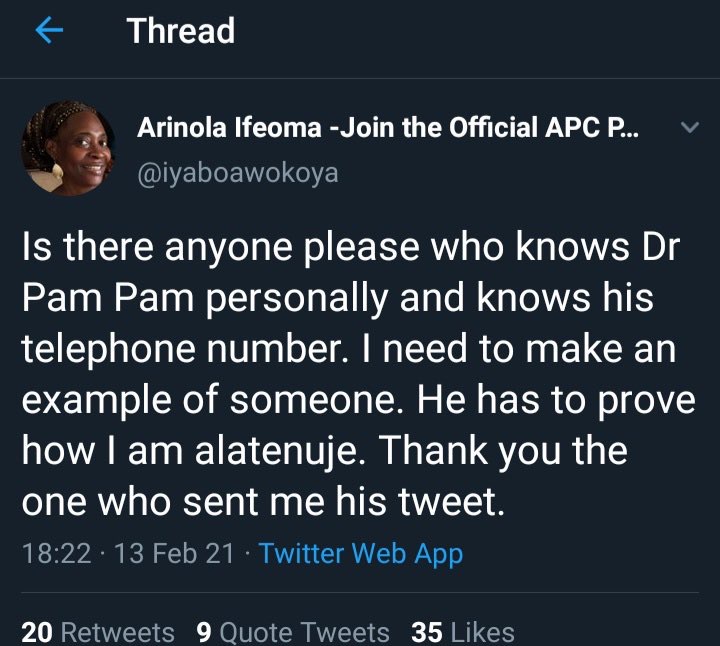 According to a letter dated March 4 and signed by the Deputy Commissioner of Police, Fayoade Adegoke, the Twitter influencer was asked to report at the State Criminal Investigation Department in Yaba on March 09, 2021.

This office is investigating a case in which your attention is needed to facilitate and bring the matter to a logical conclusion. You are hereby requested for interview by the Deputy Commissioner of Police, State Criminal Investigation Department, Yaba, Lagos, on 9th March, 2021 at 10:00am.

Reacting to the invitation, Pamilerin, who will clock 27 tomorrow, tweeted;

I’ve been invited by the Nigeria Police (‪@policeng‬) via the State CID, Panti, Lagos to answer questions regarding an undisclosed issue. Recall that ‪ @iyaboawokoya‬ had vowed to instigate the police against me. I’ve been advised by my lawyer ‪@InibeheEffiong‬ not to react further.

I’ve been invited by the Nigeria Police (@policeng) via the State CID, Panti, Lagos to answer questions regarding an undisclosed issue. Recall that @iyaboawokoya had vowed to instigate the police against me. I’ve been advised by my lawyer @InibeheEffiong not to react further. pic.twitter.com/a3eFl1BNiw

Reaction to his arrest, many Nigerians including friends and associates have taken to Twitter to call for the unconditional release of Pamilerin.

Meanwhile, Lagos Police Command, as at the time of filing this report, was yet to speak on the reported arrest and detention of the influencer.

He went and now they have refused to release him without any charge. Can you just imagine?! It’s is crazy but then nothing surprises me again in this country. Tomorrow is is bday for crying out loud! #FreePamilerin NOW‼️‼️‼️ https://t.co/7gd9780EIP

The police called pamilerin for an interview at the behest of Mrs iyabo awokoya.

She’s one of the two people who cursed out that young man who left Nigeria for Canada.

If anything happens y’all know who to blame. #FreePamilerin

Sad to be living in a county where individuals can use the Police to arrest, torture and harass fellow citizens for no just cause. Why have the Police at Panti been holding unto Pamilerin since 10am? What is his crime? Is this #EndSARS revenge? #FreePamilerin

So @UnclePamilerin was invited for supposed questioning. He has been there since 10am till now. No one has heard from him. Does questioning take over 7hours? What is going on? #FreePamilerin

All these ponmo people have planned this thing for a while.

Before he went for the police “ interview” they already know what they want to do.

Shame on the police for being an accomplice to nonsense. #FreePamilerin pic.twitter.com/HUuWqPw9QX

Spoke with my bro @UnclePamilerin this morning on his way to PANTI for questioning.

Been trying to reach him or his lawyers since then but to no avail. He most likely is still in there!

Soro Soke generation, this is another time for us to step in! Please RT!#FreePamilerin

Twitter influencer, Uncle Pamilerin detained in Panti after he was called on for an interview #FreePamilerin pic.twitter.com/WsVu6Id62i

Tomorrow is Pamilerin’s birthday.
He is still at PANTI, so the plan is to obviously let me stay in cell and spend his birthday there!

My people, let’s tweet, make calls and apply pressure from all angles!

Invitation to police station for interview at Panti since 10am, dem never #FreePamilerin

No one has been able to reach Pamilerin since morning, after he was invited for an “interview”. What in the world is going on? #FreePamilerin

They’ve planned this all the way!
What’s your gain in oppression?

You people are quick to forget that you have children and loved ones. pic.twitter.com/wRvF8IucsE

The police called pamilerin for an interview at the behest of Mrs iyabo awokoya. He’s was invited to PANTI for undisclosed reasons. He has been there since 10:30am and still not out. At the moment, no word from anybody!!! #FreePamilerin

So i’m hearing Pamilerin was invited for interrogation and was detained incommunicado ?#FreePamilerin already!!

It will be sad for pamilerin to spend his birthday Eve at Panti. We cannot have that happen, let’s Retweet this with so much aggressiveness. #FreePamilerin