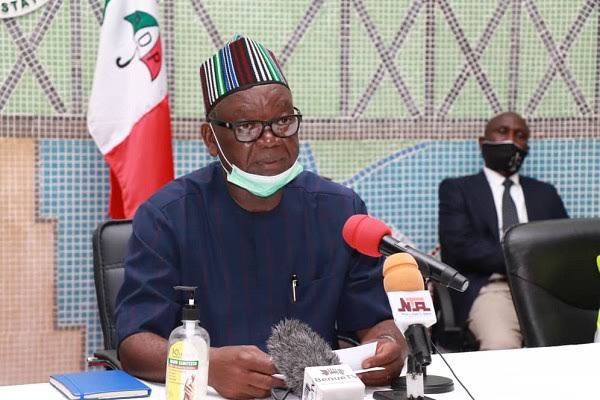 Mohammed Adamu, Inspector General of Police (IGP), has ordered an investigation into the attack on the convoy of Samuel Ortom, governor of Benue state.

On Saturday, gunmen attacked the governor’s convoy while on a visit to a farm. The incident was said to have occurred at Tyo Mu along Makurdi-Gboko road.

Narrating the incident, Ortom described the gunmen as “herders”, noting that it took the intervention of his security aides to wade them off.

Following this, Frank Mba, spokesperson of the Nigeria police force, in a statement on Sunday, said the Inspector-General of Police has directed the commissioner of police in the state to carry “painstaking investigations” into the attack.

Adamu assured residents of the state of the force commitment to stabilise the security situation in the country, while directing the deployment of “a team of specialised investigators” to the state.

The IGP has also specifically directed the CP to carry out painstaking investigations into the incident and ensure the arrest and prosecution of persons indicted in the course of the investigations.

Meanwhile, in order to ensure a speedy, thorough and conclusive investigation into the matter, the IGP has ordered the immediate deployment of a team of specialized investigators from the force criminal investigations department, Abuja, to Benue state to provide additional investigative support to the Benue state police command.

Meanwhile, Governor Nyesom Wike of Rivers State had said Federal Government should be held responsible if Ortom is assassinated.

Wike also threatened that there will be no more Nigeria if the Benue governor is killed.