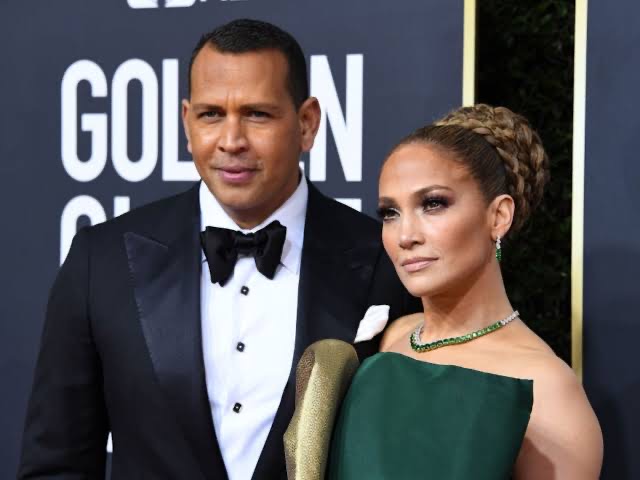 The glamorous couple had to postpone their wedding twice due to the COVID-19 pandemic, but were last seen together in late February in the Dominican Republic, where Lopez is filming her latest film, Shotgun Wedding, with actor, Josh Duhamel.

The ‘Love Don`t Cost a Thing’ singer and Rodriguez, known as A-Rod, began dating in early 2017 and announced their engagement in March 2019.

Celebrity website TMZ, Page Six and multiple entertainment websites cited unidentified sources close to the couple as saying the pair had called off their engagement.

‘He’s now in Miami getting ready for baseball season, and she’s filming her movie in the Dominican Republic,’ a source told Page Six and insists they have broken up.

A-Rod was also seen alone in Miami on a yacht on Friday, as he shared a photo of himself with the caption;

Don’t mind me, just taking a sail-fie… What are your plans for the weekend?.

A source close to A-Rod said;

He’s now in Miami getting ready for baseball season, and she’s filming her movie in the Dominican Republic.

In a February interview with Allure, the singer revealed she and Rodriguez “did therapy” in quarantine, saying; “I think it was really helpful for us in our relationship”. In spite of the counseling, the breakup comes amid cheating rumours.

Additionally, another insider close to the pair told People on Friday;

They have been on the rocks for almost three months now. They’ve been trying to keep it together for the kids but everyone knew it wasn’t going to work. They were going to buy a mega-mansion together and then that didn’t happen, once they backed out of the deal all their friends down here [in Miami] knew.

Later the site added that they broke up over his friendship with Southern Charm star Madison LeCroy, saying;

The Madison LeCroy scandal was the reason they finally broke up. There were already problems, but Jennifer was really embarrassed by it.

Then LeCroy revealed she had been FaceTiming with Rodriguez, but insisted they had not met in person.

She told PageSix in February;

He’s never physically cheated on his fiancée with me. I don’t want anything bad for his family, or for mine. We are definitely innocent in this.

Neither LeCroy, Rodriguez, nor Lopez has commented on the breakup reports.

Woman Gives Birth To Triplets After 11 Years Of Marriage (Photos)

‘My Heart Is In Love’ – Italian Priest Hangs Up…