Just In: Buhari To Embark On Medical Trip To London On Tuesday 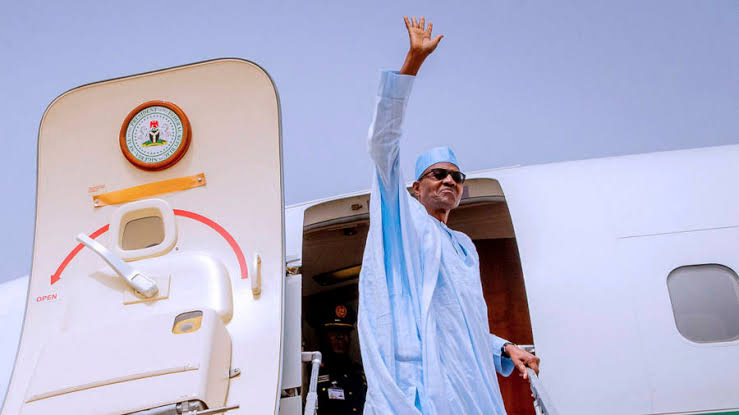 Presidency has announced that President Muhammadu Buhari will on Tuesday embark on a routine medical check-up trip to London, the United Kingdom.

The development was announced in a statement issued on Monday night by Special Adviser to the President on Media and Publicity, Femi Adesina.

Before departing the country for UK, President Buhari would meet with the security chiefs in the morning.

He is expected back in Nigeria during the second week of April 2021.

Read the full statement below:

The President meets with Security Chiefs first in the morning, after which he embarks on the journey.

He is due back in the country during the second week of April 2021.

Special Adviser to the President

President Buhari’s last trip out of the country was in July 2020 to Bamako in Mali for peacekeeping mission, an action which was greeted by criticism from many Nigerians, who slammed him to ignoring insecurity challenges in the country but attending to crisis in another country.