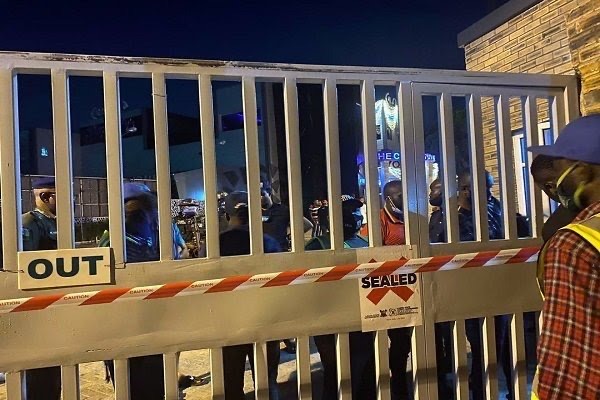 Detectives attached to the Inspector General of Police (IGP) Monitoring Team, according to TheNation, raided the nightclub in the early hours of Saturday after receiving an intelligence report that a large crowd gathered at the club house.

Saturday’s raid follows state and Federal Governments’ temporary closure of relaxation spots in order to minimise the spread of the coronavirus disease.

Though hotels, eateries, churches and some beaches have since resumed, club houses have remained closed.

To minimise losses, the state government earlier permitted club houses with open bars and restaurants like Cubana to resume such services with strict observance of all COVID-19 protocols.

However, rather than obeying the arrangement where guests can be served drinks and food while listening to music including live bands, police sources claimed Cubana opened its night club and allowed guests in with no regards for the social distancing rule.

Confirming the arrests, the spokesman of Lagos state police command, Olumuyiwa Adejobi, said the IGP Monitoring unit will soon hand the arrested persons to the command where they will be paraded by the state Commissioner of police, Hakeem Odumosu.

The latest arrest made at Cubana nightclub comes over two months after Lagos State Safety Commission sealed off the club and other facilities over same offence – non-compliance of the State’s COVID-19 protocols.

Lagos Govt Seals Cubana Nightclub And The Corner For…