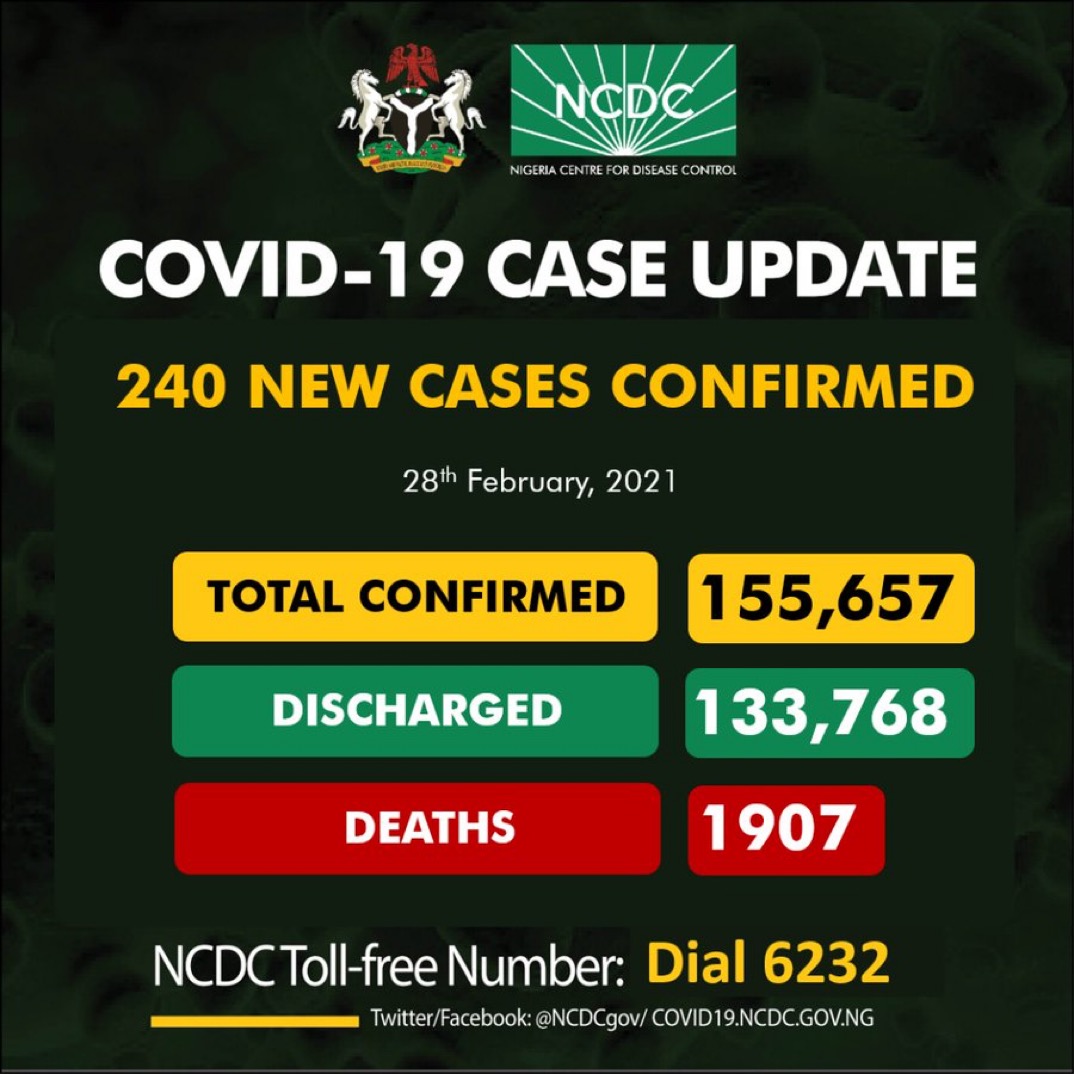 Nigeria Centre for Disease Control (NCDC) says the country recorded 240 new cases of COVID-19 on Sunday — the lowest single-day since the beginning of the second wave of the pandemic last December.

On December 14, the lowest single-day toll was 199 coronavirus cases.

NCDC in its latest announcement released on February 28, 2021 via its Twitter handle shows that the fresh cases were detected 12 states and the federal capital territory (FCT).

In the new data, Anambra recorded 85 fresh infections to top the list, while Lagos, the epicentre of the infection in Nigeria, recorded 82 cases. Osun had 17 new cases while Ogun had 10.

Two fatalities were recorded, bringing the total casualty figure to 1,907.

Also, 512 persons recovered from the infection, and Lagos accounted for 170 community recoveries. The total recoveries is now, 133,768.

A breakdown of cases by state can be found via https://t.co/zQrpNeOfet pic.twitter.com/Yex4KXEAZf

However, in the past one week, daily cases have fallen below 700 suggesting the country had gone past the worst phase of the viral infection.

Meanwhile, health experts believe the official data of infections and deaths are underreported because of the country’s limited testing capacity.

Nigeria, Africa’s most populous nation, has so far conducted test figures less than one per cent (1,489,103) of the country’s 200 million population.