#OprahMeghanHarry: Media Personality, Uti Nwachukwu Under Fire For Saying He Would Never Condemn Serial Killer, Clifford Orji If They Are Family 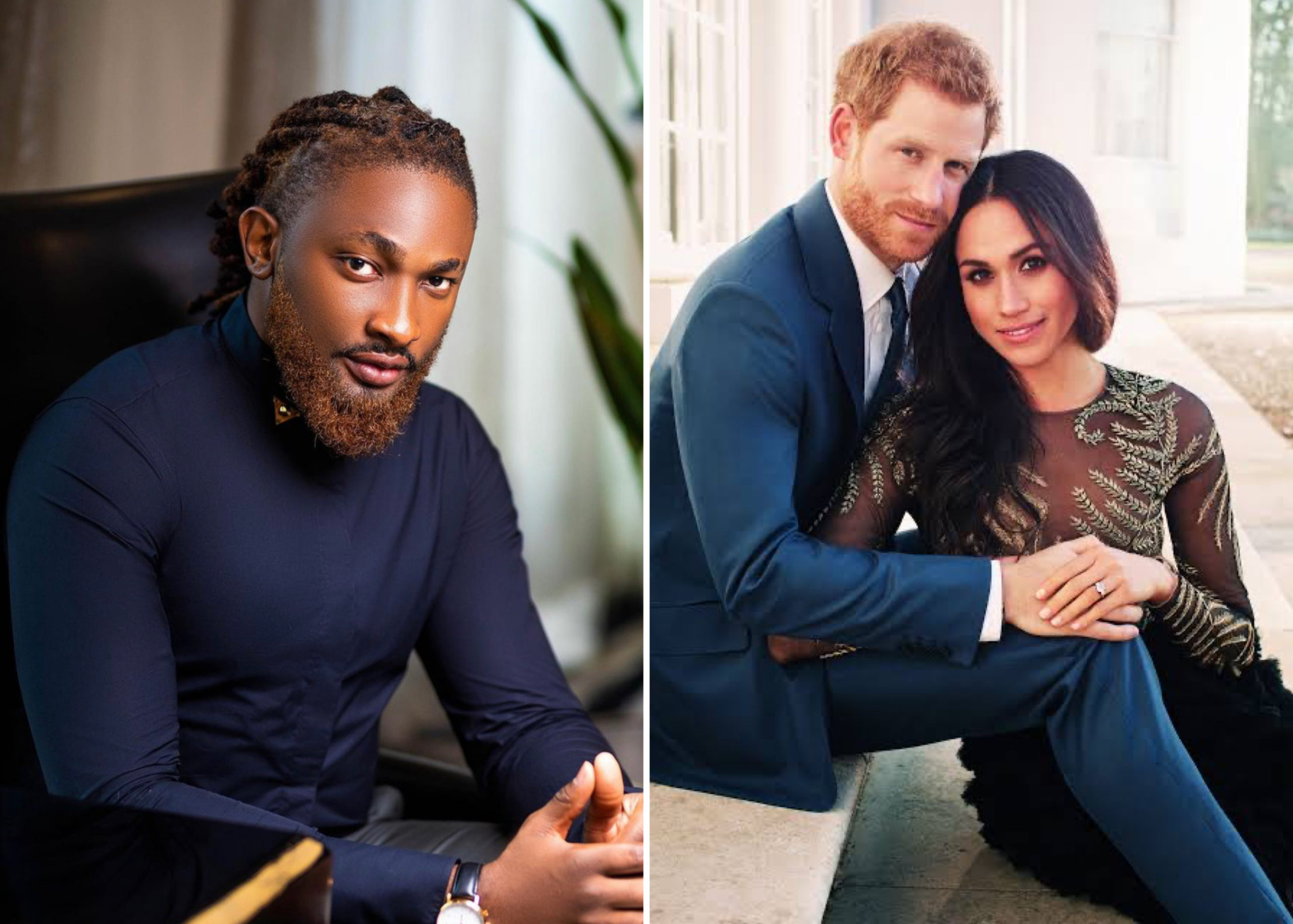 Media personality, Uti Nwachukwu has come under fire after saying that he would never condemn or turn his back on serial killer and cannibal, Clifford Orji if they happened to be family members.

He said this while reacting to Prince Harry and Meghan Markle’s explosive interview with Oprah Winfrey, where the couple recounted their unpleasant ordeal while living with the British Royal family.

Clifford Nwa Orji was the first documented Nigerian cannibal who was also indicted in serial killings, kidnappings, and sale of human body parts and was arrested in 1999. Orji died on August 12, 2012 in Nigeria’s only super-maximum penitentiary where he spent 13 years.

The serial killer, who showed no remorse throughout the course of his arrest, stated that even if he were to be released he would continue kidnaping and indulging in cannibalism.

Orji also made a very controversial claim that he either ate his victims or sold their body parts to high ranking Nigerian politicians who rewarded him financially, hence his ability to own a mobile phone.

Taking to social media to speak on the recent interview by the British couple, Uti Nwachukwu condemned Prince Harry criticising his family alongside his wife.

He insisted that family should always come first, cautioning that nothing or no-one should supersede family.

The actor and reality TV star said family ties are the best hence there should be no circumstances, even love, that will make one compromise it.

U SEE THIS LOVE THING, IF IT MAKES YOU TURN YOUR BACK ON YOUR FAMILY, THEN HMMMM WATCH OUT!!

EVEN IF CLIFFORD ORJI WAS PART OF MY FAMILY, I WOULD NEEEVERR!! JOIN ANYONE (ESP A ROMANTIC PARTNER) TO BRING DOWN AND CONDEMN MY FAMILY..NEVER!

U SEE THIS LOVE THING, IF IT MAKES YOU TURN YOUR BACK ON YOUR FAMILY, THEN HMMMM WATCH OUT!!

EVEN IF CLIFFORD ORJI WAS PART OF MY FAMILY, I WOULD NEEEVERR!! JOIN ANYONE (ESP A ROMANTIC PARTNER) TO BRING DOWN AND CONDEMN MY FAMILY..NEVER! #LOYALTYISKEY

His comments has since elicited angry reactions from many Nigerians on Twitter who slammed him for backing an infamous serial killer and for comparing the situation of the British couple to Clifford Orji.

Man really said he would side a Clifford Orji – murderer, cannibal and ‘ritualist’ – over his wife, if the Clifford Orji was his brother.

It’s Uti Nwachukwu’s mumu-ness for me and fact that I rated him is disgusting 🤮🤮
..and wait! Clifford Orji??? The serial killer, kidnapper, ritualist among others…..
Nobody stands you when it comes to being stupid Uti, the glory is all your honey, take it. pic.twitter.com/Q84VfAVPRX

But how will Uti say because family comes first, he will not join the world to condemn Clifford Orji for all the atrocities he committed

Someone that was a serial body part vendor???😳😳 You cover it up because he is family?

Omoh, I fear who no fear Uti like this oh

Uti this narrative is totally out of it..
Remember Harry never condemned the Queen neither did he condemned any member of family but the “institution” itself.

If Clifford Orji was my family member, you don’t expect me to say what he was doing was right.
Wo, I’ll tell the world https://t.co/FwzInZmPa2

Uti this WRONG narrative u are driving is all levels appalling. How did HARRY betray his family? Is that u didn’t watch the interview well? U applaud Megan then blast the one who chose to protect her then u say FAMILY in that same phrase? Did the “family” act right? Jeez

We know your kind na. The ones that will have molesters in their family but will decide to cover it up in the name of “protecting the family”.

Shame. He even compare with Clifford Orji.
This is what has kept Nigeria where it is. Don’t fight Buhari; we are fellow Northerns, Buhari won’t stop Fulani herdsMen, they are his tribe.
Stand on the ground of truth!! Not “family” by the way who is a family. Your blood; .WRONG!

So because it’s your family, they can freely treat others badly and you keep calm. Blood does not make it right to treat people badly. This is one big problem in Africa. People get away with anything because they are your brothers, same state,tribe etc. Our mindset is very poor

Choosing Clifford Orji, an evil relative, over the lady who will leave her family to cling to you and build a family with you is not only stupid but evil. This one’s family will literally torture his wife and he will see nothing wrong. The signs are always there ladies, RUN!!!

This app has a way of shining light on people’s stupidity and today Uti allowed us see himself shine bright in the glory of his senseless-ness.

I pity that lady reading this and still wants to end up with you…oh I forgot, you don’t do ladies. 🤡🤡

Breaking: Instagram Crashes As Users Around The World Complain

Piers Morgan Asks For Good Morning Britain Job Back After…