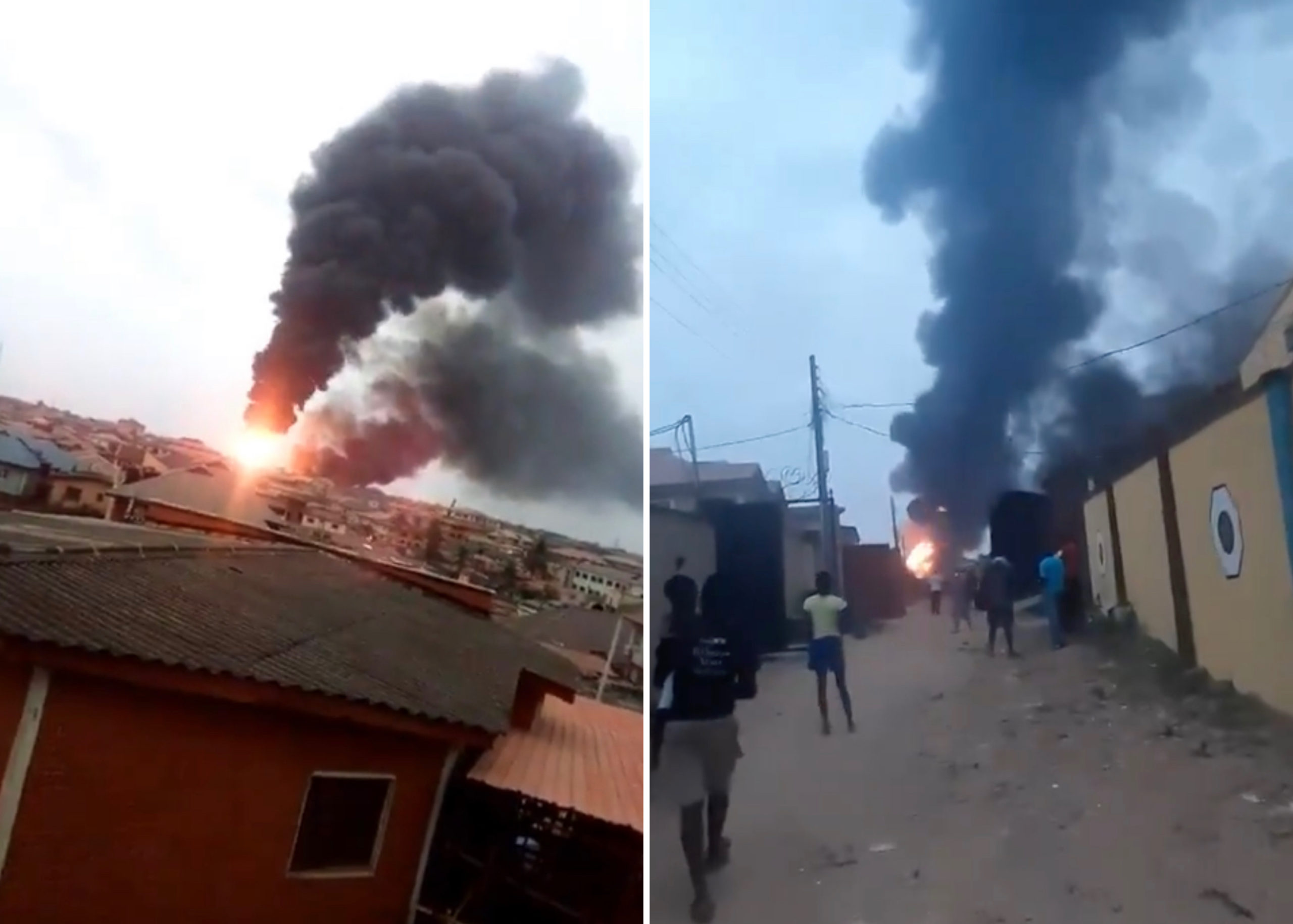 According to ChannelsTV, the incident occurred in the early hours of today at the retail station of Nigerian National Petroleum Corporation (NNPC) in the area.

Eyewitnesses said the tanker was at the NNPC facility to supply petrol but went ablaze while discharging its content.

In a bid to prevent the inferno from causing more damage, the driver was said to have jumped into the truck and moved it to the road away from the filling station where the tanker exploded moments later.

Witnesses said the fire started at about 6:50am while the firefighters were immediately contacted, and they arrived at the scene at about 7:23am to put out the fire.

Although the cause of the fire was yet to be ascertained, no injury or death was recorded, as at the time of filing this report.

Although the incident occurred in a border community with Lagos, the firefighters seen at the scene were officials of the Lagos State Emergency Management Agency (LASEMA).

The fire is still on
Help tag concerned authorities pic.twitter.com/fq8XBKdKlO