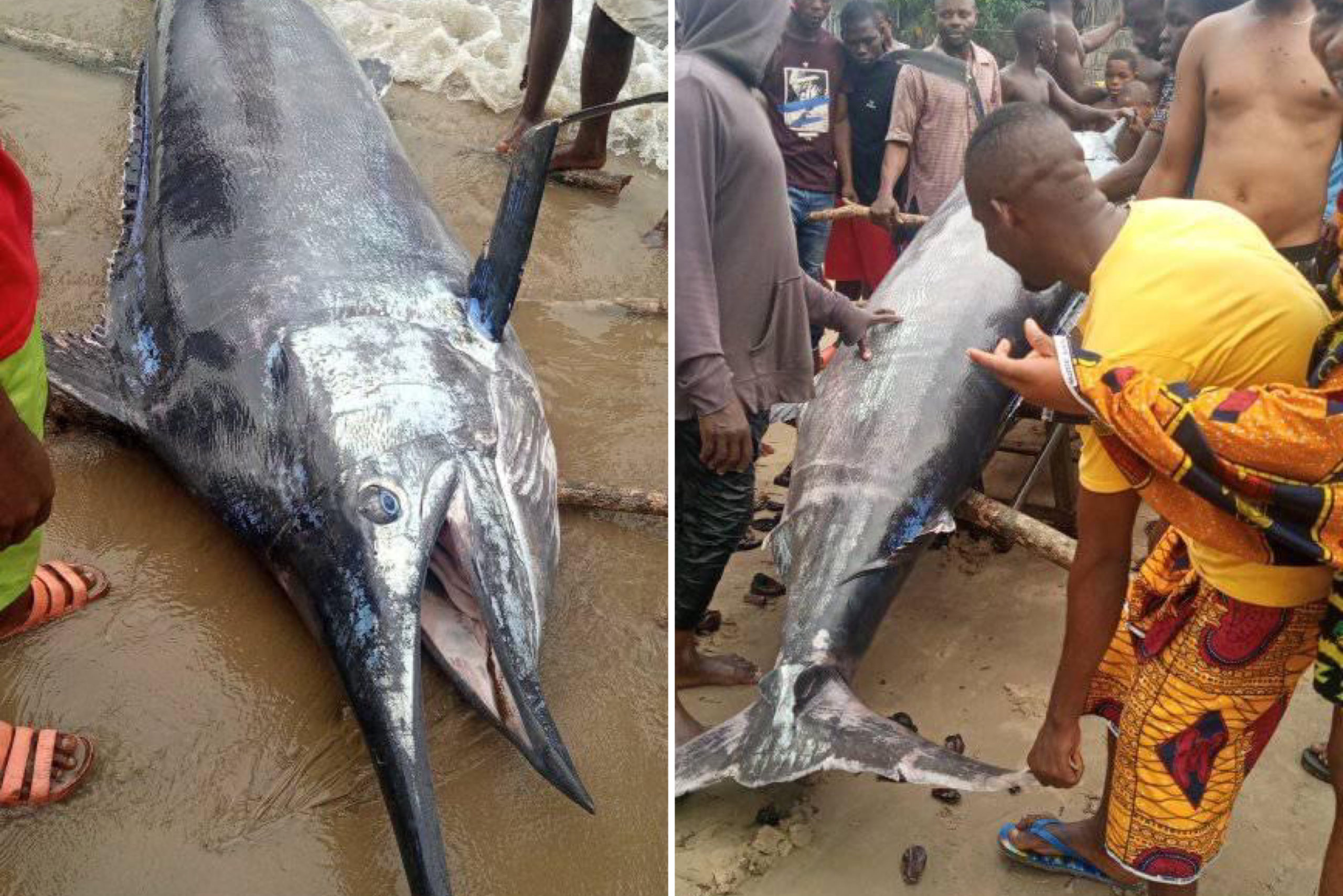 Zion Godwin, a Facebook user, shared the story, with photos of the fish surrounded by residents of the community. 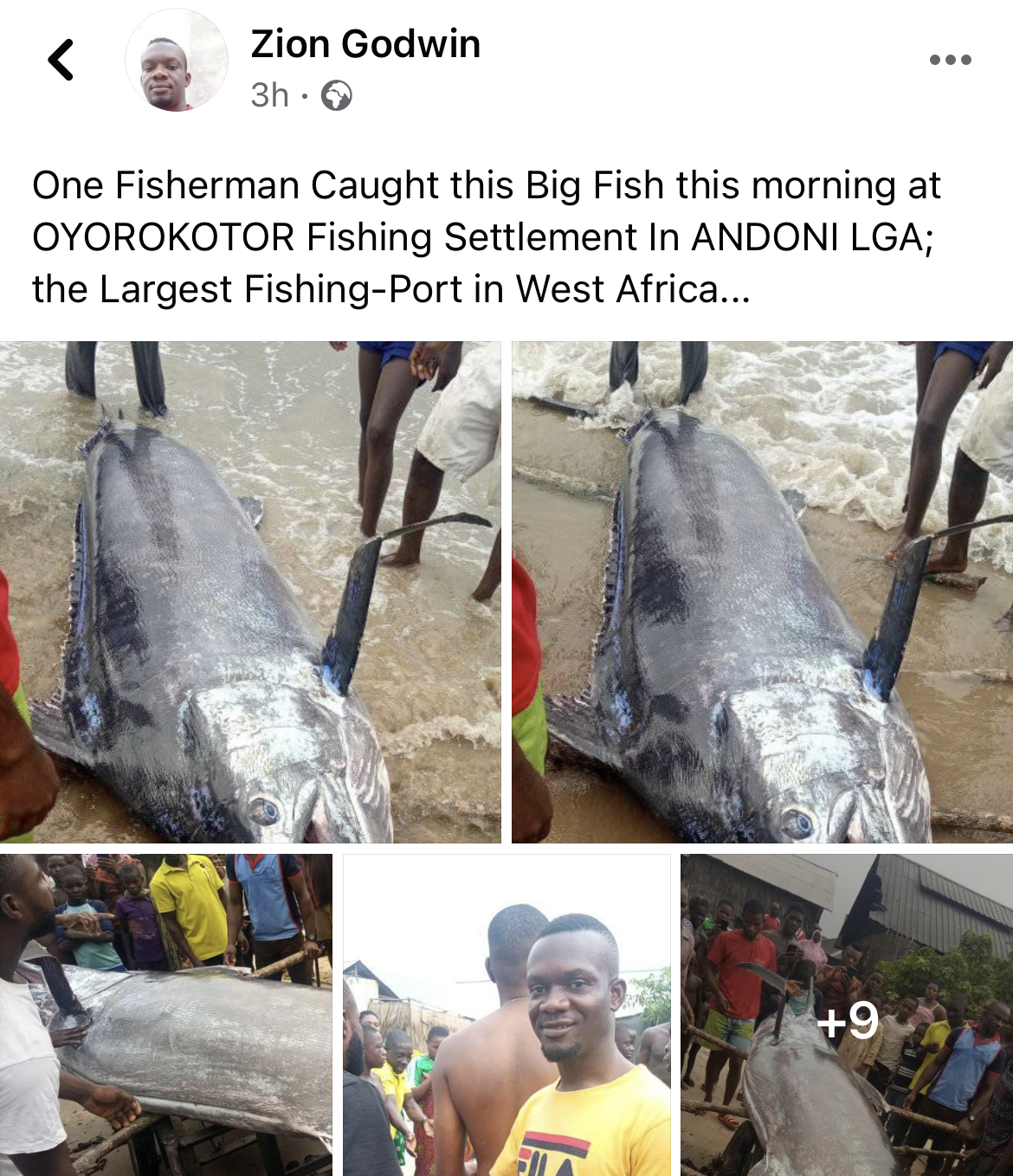 They are a popular sport fish of the billfish category, though elusive. Swordfish are elongated, round-bodied, with lose teeth and scales by adulthood.

Sport fishing is a water sport in which fishermen compete among themselves to catch a variety of different target fishes.

These fish are found widely in tropical and temperate parts of the Atlantic, Pacific, and Indian Oceans.

Swordfish are classified as oily fish. Many health agencies, including United States Food and Drug Administration, warn about potential toxicity from high levels of methylmercury in swordfish. FDA recommends that young children, pregnant women, and women of child-bearing age not eat swordfish.

Swordfish is a particularly popular fish for cooking. Since swordfish are large, its meat is usually sold as steaks, which are often grilled. Swordfish meat is relatively firm, and can be cooked in ways more fragile types of fish cannot (such as over a grill on skewers).

See some other photos of the giant fish below;