Rangers fans have gathered in their thousands outside Ibrox stadium in Scotland ahead of their game against St Mirren on Sunday. 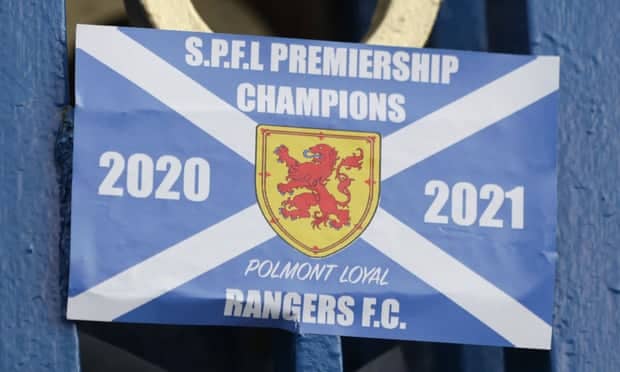 Rangers fans have now broke coronavirus lockdown rules in Scotland by gathering in numbers outside the Stadium and setting off flares.

Fans were seen crowding around a car entering the ground as police tried to hold them back.

They could still win the title with a draw against the St Mirren if Celtic lose the following day.
However, if Celtic beat Dundee United on Sunday the potential would remain for Rangers to seal the title in their next game on March 21.

Steven Gerrad was shown two yellow cards in Ranger’s Wednesday’s 1-0 win at Livingston after swearing at referee John Beaton on the pitch at half-time. He will not be in the dugout to cheer his team on.

Rangers forward Alfredo Morelos has had the booking he received for diving against Livingston on Wednesday rescinded after a disciplinary hearing. He was booked for simulation after he went over in the penalty area under pressure from Livingstone’s goalkeeper Max Stryjek, the decision however incensed manager Steven Gerrard, leading to him being sent off at half-time.

RMD, Don Jazzy Step Out In Kilts In Scotland