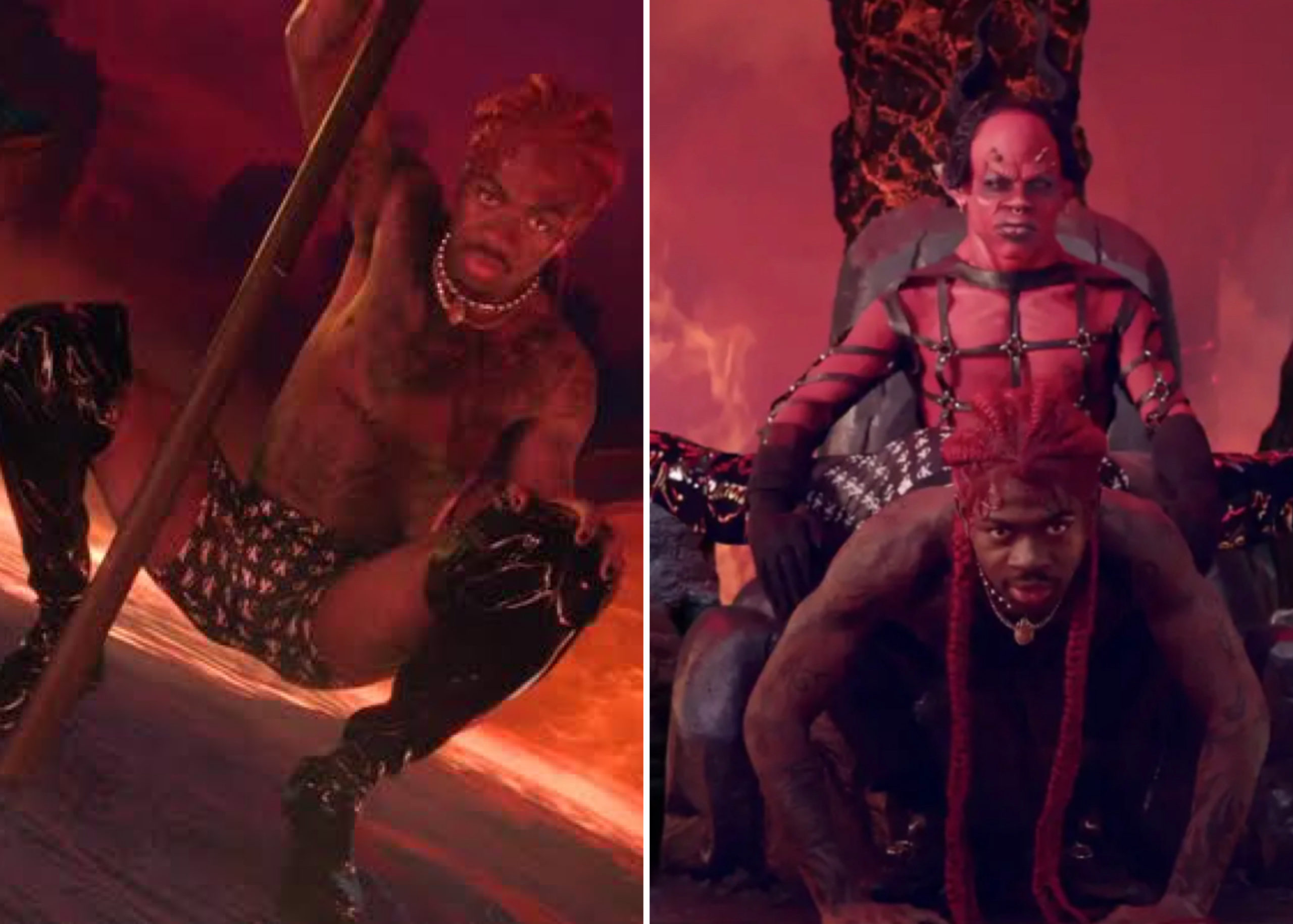 American singer, Lil Nas X has on Friday released a new single, “Montero (Call Me By Your Name),” together with a provocative, self-directed video that combines biblical references and Greek mythology.

For quite a bit now, the ‘Old Town Road’ crooner has been teasing his new track. Originally titled “Call Me By Your Name,” he played a clip for fans while riding in his car on Twitter. Since, he’s been teasing us every chance he can get, dropping a longer snippet under the new name “Montero (Call Me by Your Name)” in a Super Bowl ad, releasing promo imagery, and more. Now, the star has released the full track along with a music video.

“In life, we hide the parts of ourselves we don’t want the world to see. We lock them away. We tell them, ‘No.’ We banish them. But here, we don’t”, Lil Nas X says in the voiceover to the video’s intro

The rapper, who is openly gay, then introduces viewers to the fantasy land of Montero, named after him (Montero Lamar Hill), where he is free to embody his sexuality as he pleases.

The video depicts several Lil Nas X’ alter-egos in scenes inspired by biblical references, history and mythology, including a makeout session with an alien version of himself and a lap dance with the Devil. 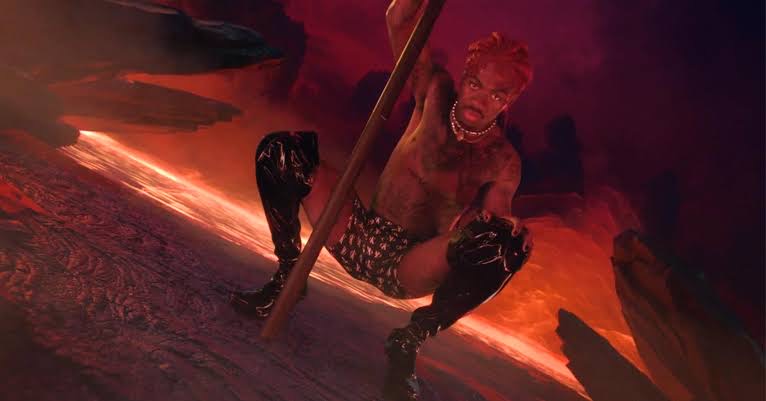 Lil Nas X released the “Call Me By Your Name” video alongside a letter to his 14-year-old self, which reads;

Dear 14-year-old Montero, I wrote a song with our name in it. It’s about a guy I met last summer. I know we promised to never come out publicly, I know we promised to never be ‘that’ type of gay person, I know we promised to die with the secret, but this will open doors for many other queer people to simply exist. You see this is very scary for me, people will be angry, they will say I’m pushing an agenda. But the truth is, I am. The agenda to make people stay the fuck out of other people’s lives and stop dictating who they should be. Sending you love from the future. -LNX

According to a release, “Montero” is Nas X’s most revealing musical offering to date, produced by Take a DayTrip, Omer Fedi, and Roy Enzo. It tells the story of who Montero has become.

In the video, Nas appeared first as Adam and then also as the snake. He tempts himself, with the snake pushing Adam to the ground and licking his body.

In another scene, Nas is about to be executed in the Coliseum, again surrounding with versions of himself both in stone version and with wigs piled high. When he is finally executed, after a slight rise, seemingly to heaven, he finds himself falling, then spinning down a stripper pole that leads to hell. There, he seduces the devil with a lap dance, if we are putting it simply. 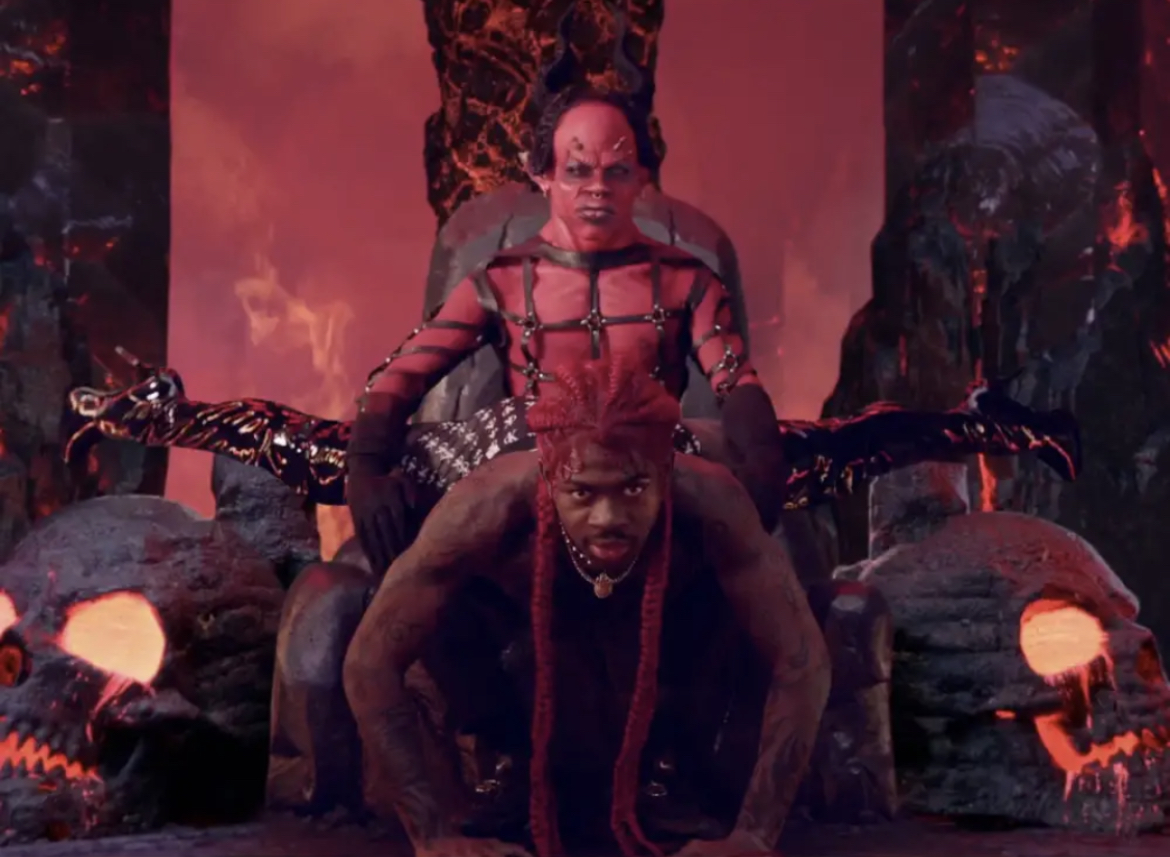 According to a release he “harnesses his sexuality,” to strip the devil “of his power as an evil force — and dismantling the throne of judgment and punishment that has kept many of us from embracing our true selves out of fear.”

Nas X’s life has gone through a similar trajectory. Even though he has only been in the spotlight for a short while, fans have been able to watch him go from avoiding his sexuality to harnessing and leaning into it even as others attempt to judge and chastise him for it.

Many fans have taken to their social media pages to praise Nas for his confidence and the work of art, while some others have criticised him for what they call ‘sexually explicit video’.

Notwithstanding the criticisms, the official video shared on Lil Nas X’s YouTube channel has amassed 939,000 views in just 6 hours.