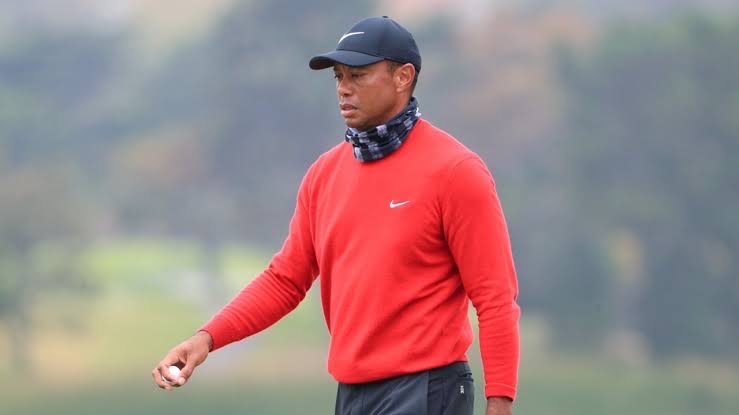 Golf legend, Tiger Woods has spoken out for the first time since he was being involved in an horrific car crash five days ago in Los Angeles, leaving him with serious leg injuries.

According to Los Angeles Sheriff’s Department, the crash occurred just after 7 a.m. on Tuesday, February 23 in Rancho Palos Verdes, a city located in southwest Los Angeles.

Woods was said to have been driving at a “relatively greater speed than normal” when the accident occurred.

In his first public statement since the accident, the professional golfer thanked his fans for their support as he begins on the road to recovery.

Since the injury, he has undergone multiple procedures to treat injuries to his lower right leg and ankle.

It is hard to explain how touching today was when I turned on the tv and saw all the red shirts. To every golfer and every fan, you are truly helping me get through this tough time.

It is hard to explain how touching today was when I turned on the tv and saw all the red shirts. To every golfer and every fan, you are truly helping me get through this tough time.

At the WGC-Workday Championship on Sunday, February 28, several golfers, including Rory McIlroy and Patrick Reed, played in red shirts and black pants, an homage to Tiger’s signature uniform on the green.

When first responders arrived on scene of the accident, Los Angeles County Sheriff Alex Villanueva told reporters during a news conference that Tiger was conscious and able to communicate.

He was extricated from the wreck and transported to Harbor-UCLA Medical Center with serious, but non-life threatening injuries. The athlete was however later moved to Cedars-Sinai Medical Center in Los Angeles – a level one trauma centre known for rehabbing athletes.

While the crash remains under investigation, authorities said they do not believe alcohol-induced impairment was a factor, as he has once been arrested for Driving Under the Influence (DUI) before. No criminal charges are expected.

Following multiple procedures to treat injuries to his lower right leg and ankle, Woods’ team in a statement on February 26 said; “The procedures were successful, and he is now recovering and in good spirits”.

The Florida resident was in Southern California to shoot a project with Golf Digest and GOLFTV after hosting the PGA Tour’s Genesis Invitational last weekend.

One day before the crash, Woods was pictured giving golf lessons to Dwyane Wade, Jada Pinkett Smith and David Spade as part of the project.

Cause Of Tiger Woods’ Crash Discovered, But Detectives Won’t…