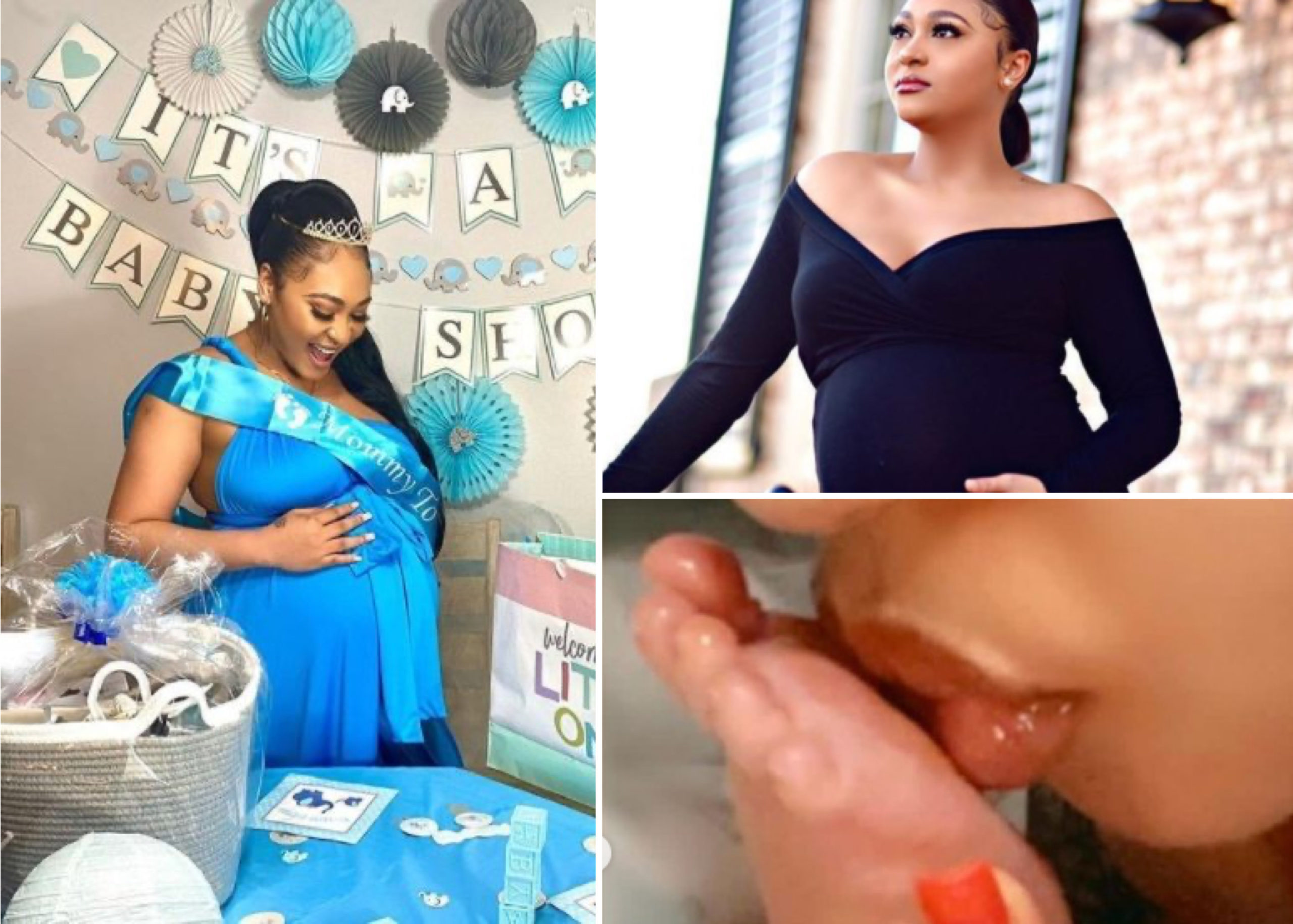 Read Also: Tonto Dikeh’s Ex-Hubby, Churchill Confirms Marriage To Rosy Meurer, Actress Accused Of Being Cause Of His Divorce

Churchill expressed that ahead of the mother’s day, he is saying a big congratulations to his lovely wife for the great testimony.

He then stated that his decision of walking down the aisle with Meurer was not mistake but a divine ordination.

It’s a moment of bliss and Celebration to us as I announce the coming of *King Churchill Junior,* …from my formative years I have always had the royal tag of “King” for my kids to be greater than the father. Ahead of the mother’s day, I say a big congratulations to my lovely wife for this great testimony. This decision I made two years ago is not a mistake but a divine ordination.

My little King, welcome to the world, a great addition to the family. You shall grow with the wisdom of God, divinely protected and flowing with the oil of Grace. My son “KING CHURCHILL “, my ernest prayer is that you will be greater than your father and your peers in all attainments.

Thanks to everyone for the prayers, support and love!!! 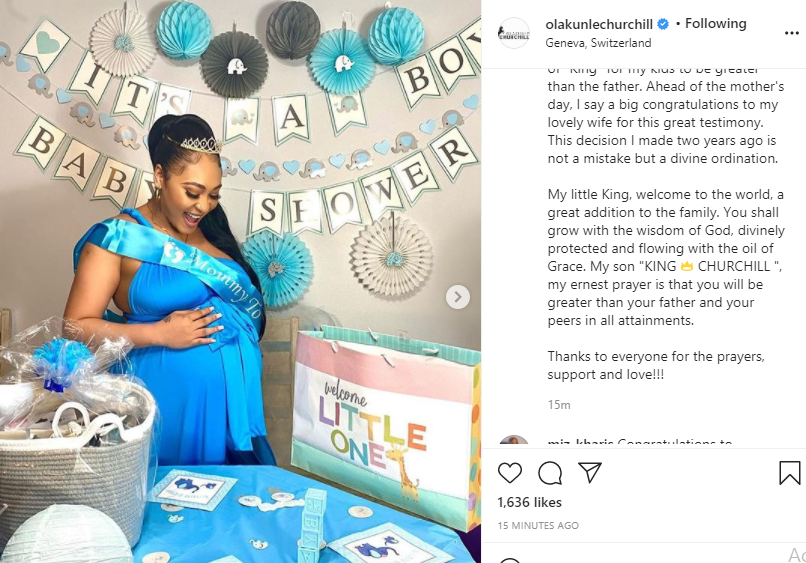 Read Also: ‘What I Was Accused Of Became My Reality’ – Rosy Meurer Reacts To Allegations Of ‘Snatching’ Tonto Dikeh’s Ex-Hubby, Churchill (Video)

Churchill was married to Nollywood actress, Tonto Dikeh and they share a son, Andre.

Tonto Dikeh Shares Photo Of Body Before And After Plastic…