Two Siblings, One Other Sentenced To Death For Armed Robbery In Ondo 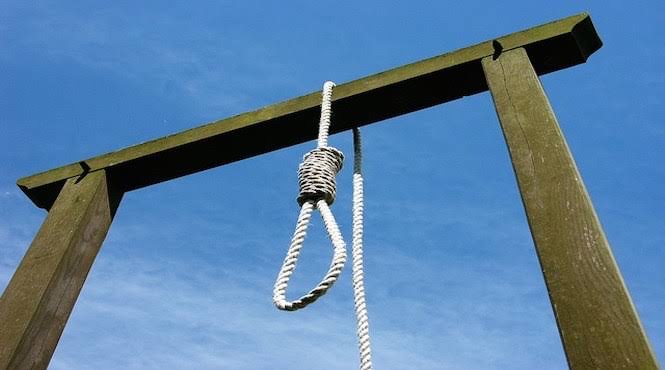 Apart from the duo, the court also sentenced one Ovie Nana Friday to death for the same offence.

The convicts were said to have conspired to rob the residents of the community of their mobile phone, cash and other valuables, using guns and other dangerous weapons, during which they were arrested by security agents and charged to court in 2014.

The trio was arraigned before the court on charges bothering on conspiracy and serial robberies.

Justice Yemi Fasanmi handed down the verdict to the three accused after six years of standing trial, saying they should be hanged to death.

The two brothers who claimed to be farmers and Ovie an Okada rider, armed with dangerous weapons including a gun on December 11, 2013 allegedly robbed many residents of Bolorunduro, Ondo and disposed them of properties including a motorcycle.

The three accused were arrested in 2014 and were first arraigned by the state on a five-count charge which include conspiracy and serial robberies but the charges were amended to six by the leave of the court vide the Amendment information in April 2019.

The offences for which they were docked are contrary to and punishable under the criminal laws of the state and robbery and firearms laws of the federation.

The prosecution led by Chief Legal Officer in the Ondo State Ministry of Justice, Olusegun Akeredolu, called four witnesses and tendered confessional statements of the accused which were admitted after trial within trial.

The defendants represented by their counsel, Samson Iluyemi gave evidence for themselves but tendered no exhibit.

In his judgement, trial judge, Justice Yemi Fasanmi said the prosecution has proven its case beyond all reasonable doubts and sentenced the defendants to death by hanging.