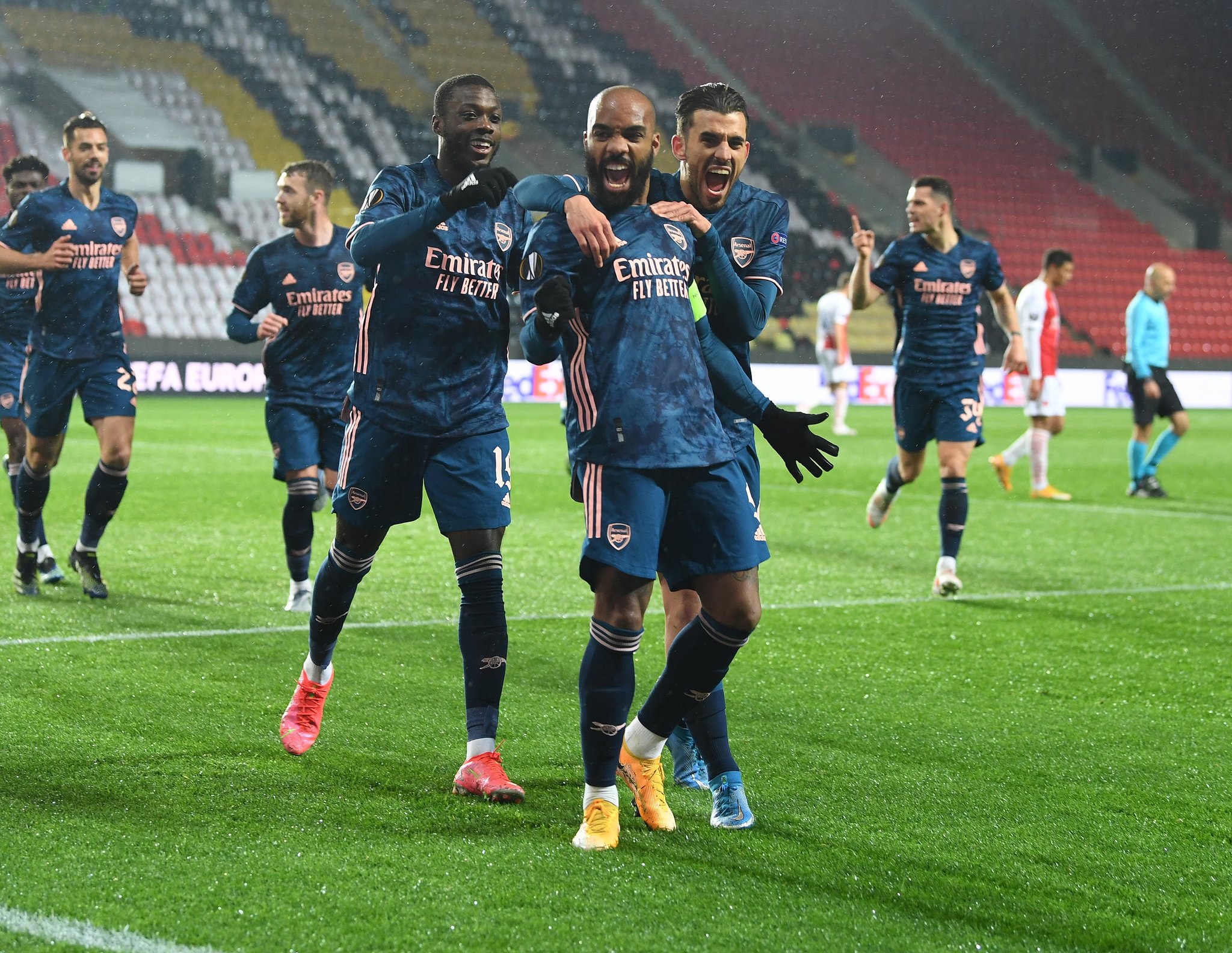 Arsenal have on Thursday defeated Slavia Prague with goals from Nicolas Pepe, Alexandre Lacazette (brace) and Bukayo Saka, send Mikel Arteta’s men to the semi-final of Europa League on a 1-5 aggregate win.

The first leg of the encounter had ended 1-1 after Tomas Holes headed in a last-gasp equaliser to cancel Pepe’s 86th-minute strike, leaving the reverse fixture open.

Arsenal will now face Spain’s Villarreal in the semi-finals starting on April 29. 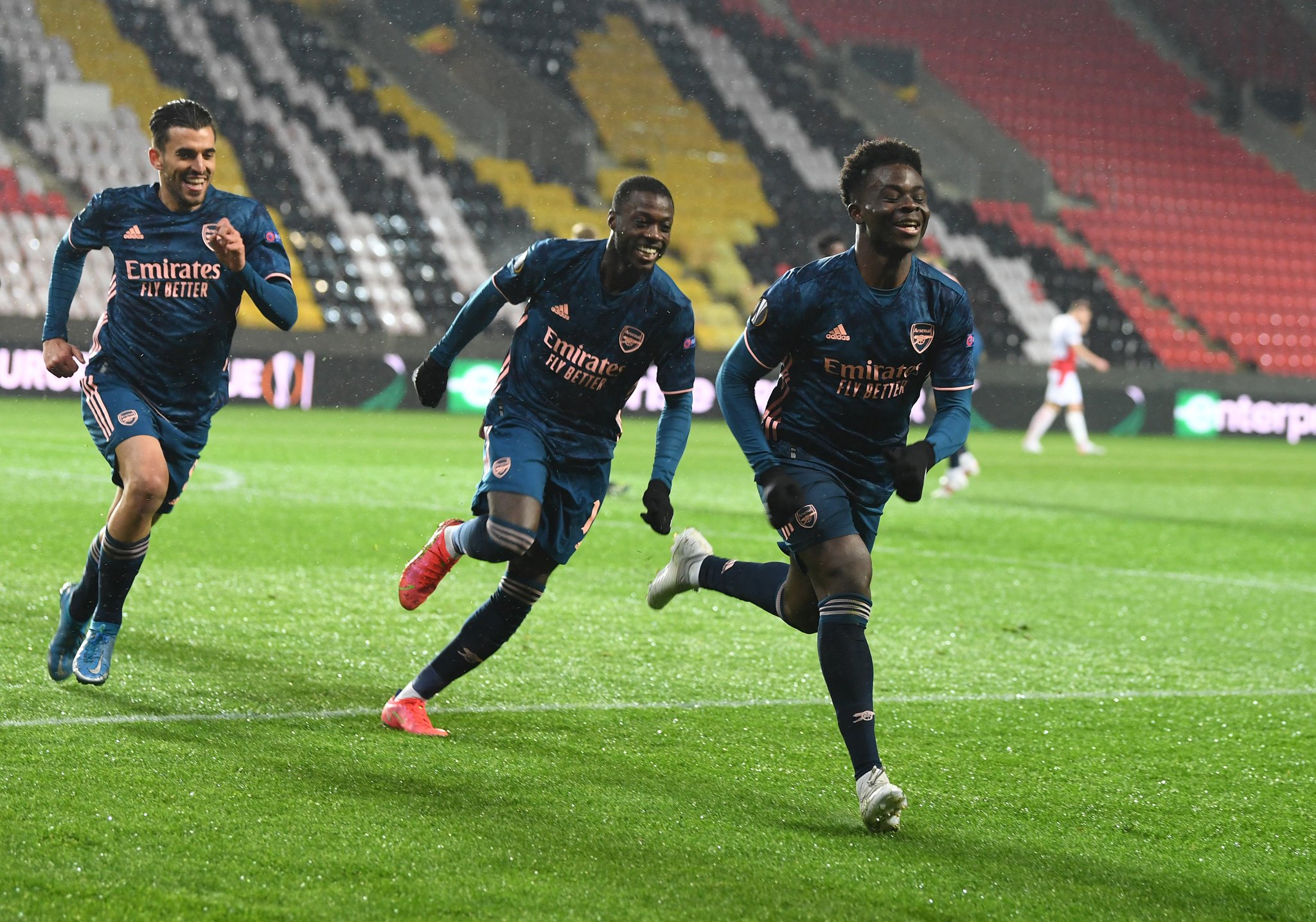 The Gunners (Arsenal) must win the Europa League to qualify for next season’s Champions League as they are languishing in ninth place in the Premier League.

Pepe opened the scoring as he beat Slavia goalkeeper, Ondrej Kolar at the post from close range.

He was set up by Emile Smith Rowe who had shaken off two Slavia defenders and nutmegged another with the final pass.

Lacazette added a second from the penalty spot three minutes later after Slavia midfielder, Jakub Hromada had brought down Saka inside the box.

The Frenchman, wearing the captain’s band for the night, waited for Kolar to move and beat him with a shot into the bottom corner.

Slavia’s game plan crumbled and Saka made it 3-0 another three minutes later with a low left-footed shot from just outside the box that landed neatly in the bottom corner. 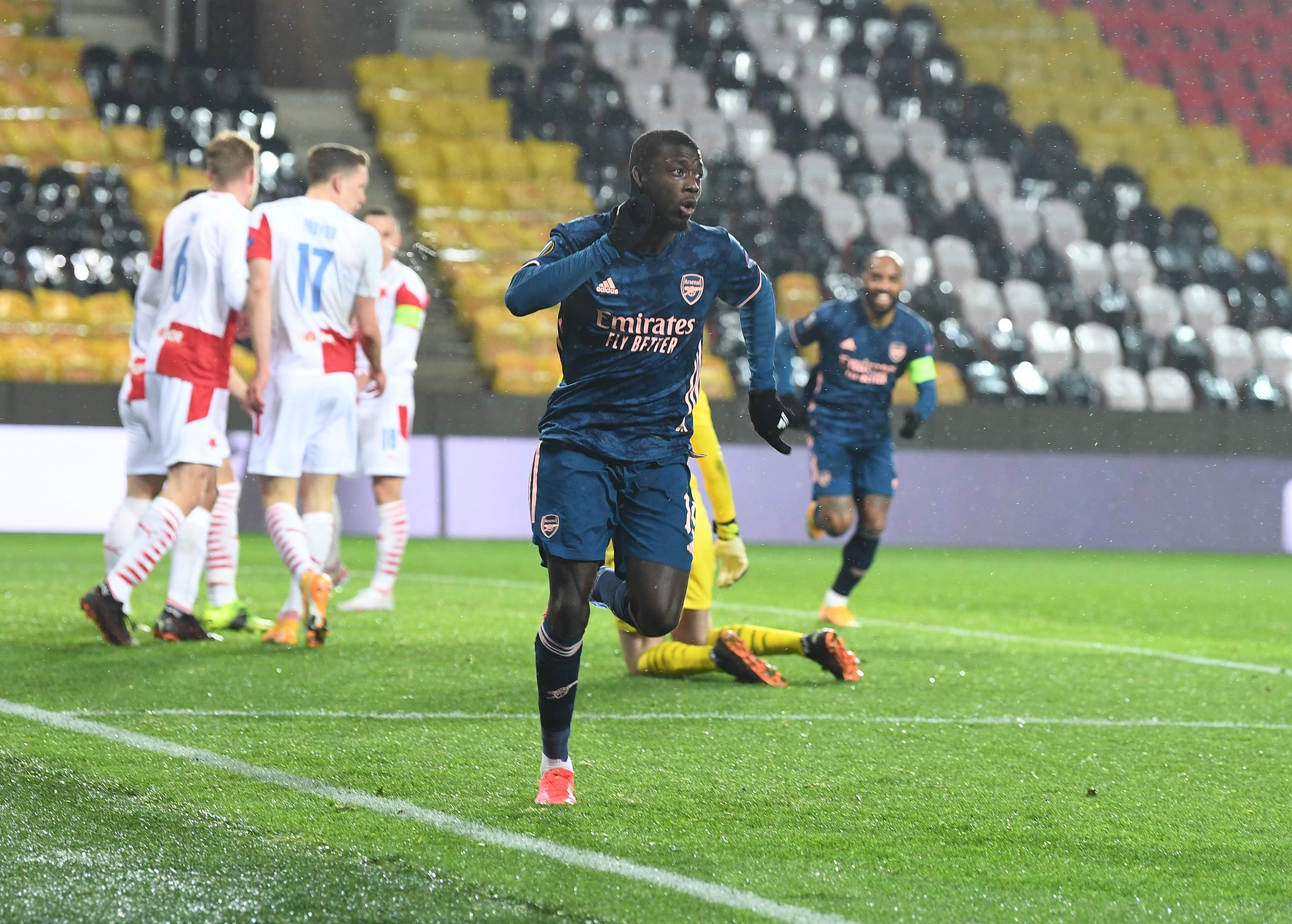 Lacazette scored his second of the night with a left-footer on 77 minutes after Pepe had found him unmarked near the penalty spot.

Arsenal missed captain, Pierre-Emerick Aubameyang, who has been hospitalised with malaria, and Danish midfielder, Martin Odegaard, who has an ankle injury.

Meanwhile, Slavia were without Ondrej Kudela, who is serving a ten-match ban on charges the centre-back had racially abused Glasgow Rangers midfielder, Glen Kamara in a Europa League game in March.

Slavia, who saw off Leicester earlier in the knock-out stages and who lead the Czech league with a 16-point cushion, made four changes at half-time, but they failed to create a decent chance throughout the game.