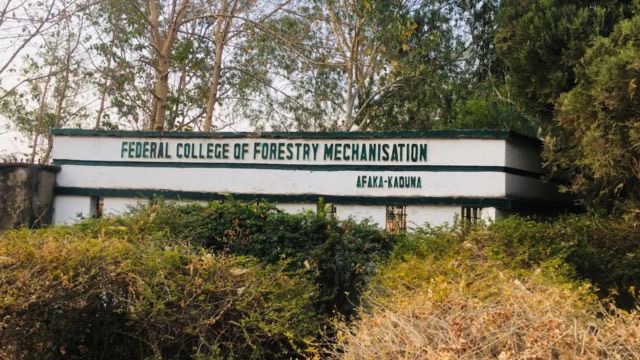 Five of the 39 students abducted by bandits from Federal College of Forestry Mechanisation, Afaka in Kaduna State have on Monday regained freedom after 25 days in captivity.

It would be recalled that on March 11, the institution was attacked, however, military operatives promptly arrived at the scene, leading to the rescue of 180 people comprising 132 male students, 40 female students, and eight civilian staff members of the school.

Shortly after, a disturbing video surfaced on Saturday, in which the abducted college students called for help.

In the clip shared on Facebook, the students were seen being beaten by their captors, as they pleaded with the government to rescue them.

Giving an update after almost a month, Commissioner of Internal Security and Home Affairs in the state, Samuel Aruwan, confirmed the release of 5 of the students in a statement on Monday.

He explained that the students regained freedom from the captivity of the bandits on Monday afternoon and were taken to a military medical facility for examination.

The Nigerian military has informed the Kaduna State government that five of the many kidnapped students of the Federal College of Forestry Mechanisation, Afaka, Kaduna were recovered this afternoon and are presently in a military facility where they are undergoing a thorough medical check-up.

The Kaduna State government will provide updates on further operational feedback to be received on this case.

Although the spokesman didn’t state if ransom was paid to secure their release, the state government had earlier ruled out the option of negotiating with bandits.