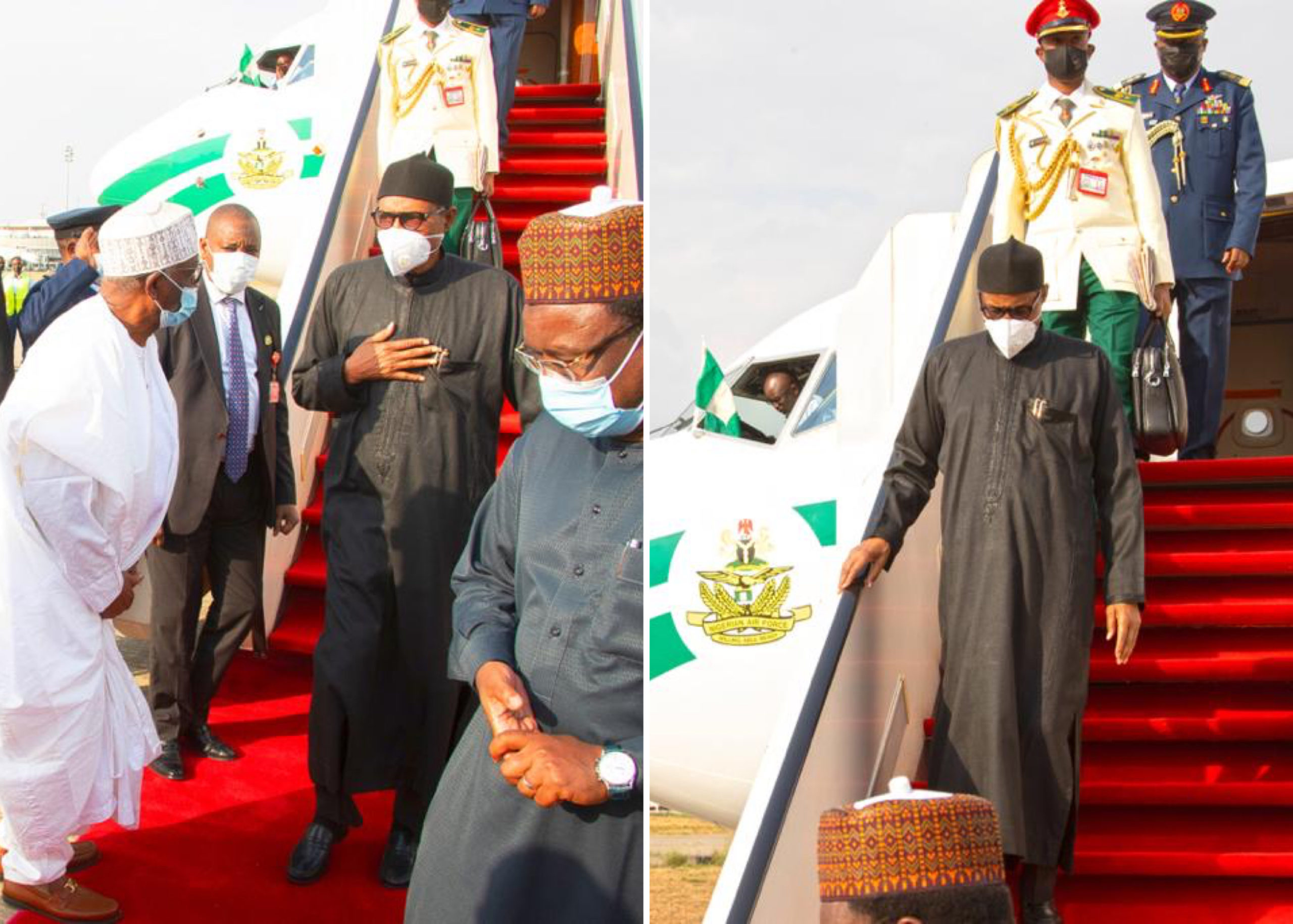 President Muhammadu Buhari has on Thursday returned to the country from the United Kingdom, where he visited for a routine medical check-up.

The president arrived at Nnamdi Azikiwe International Airport on this evening and was received by cabinet members. 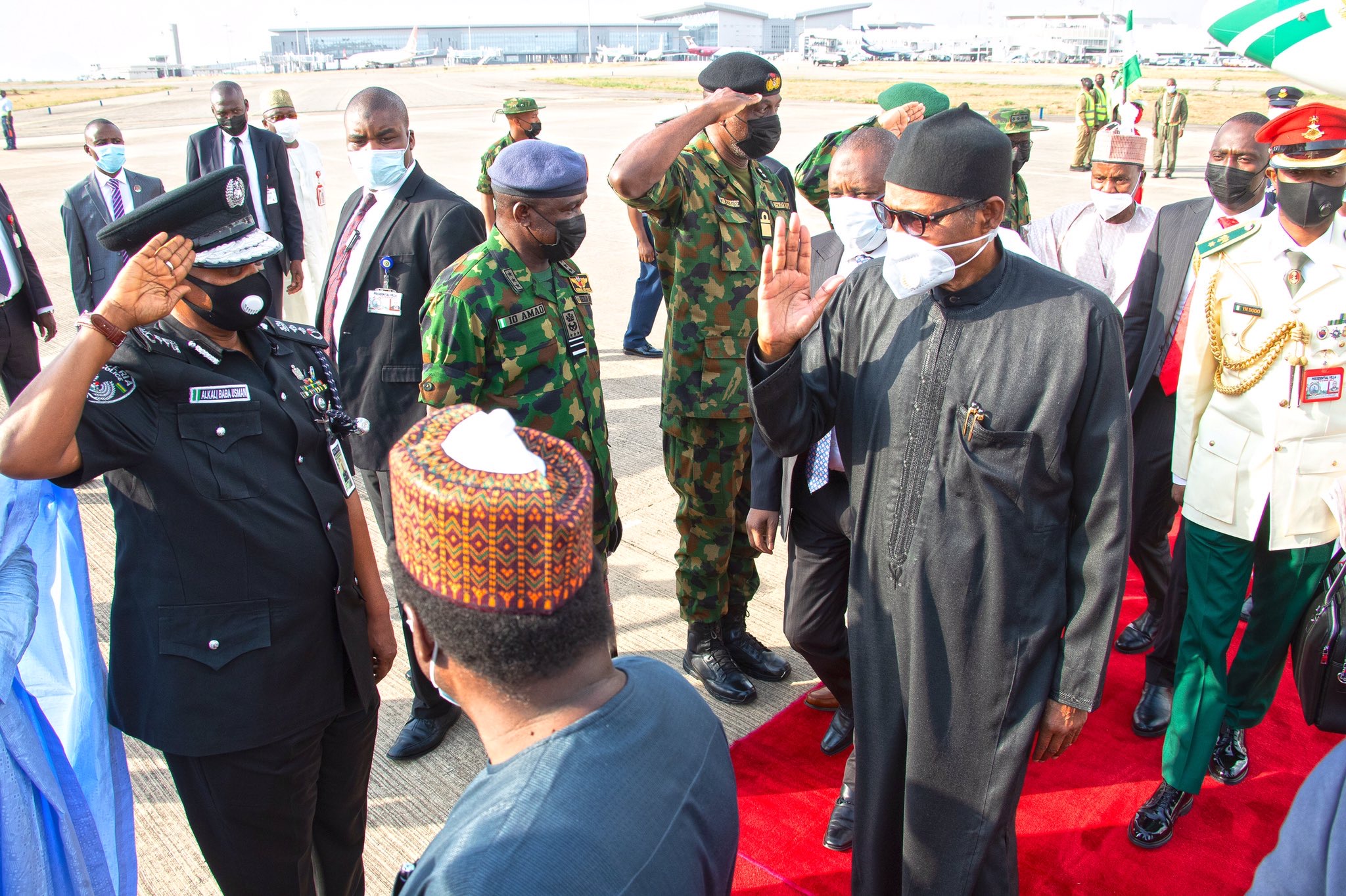 Johannes Tobi Wojuola, a lawyer who is a member of President Buhari’s media team, announced his arrival via his Twitter page by sharing some photos. 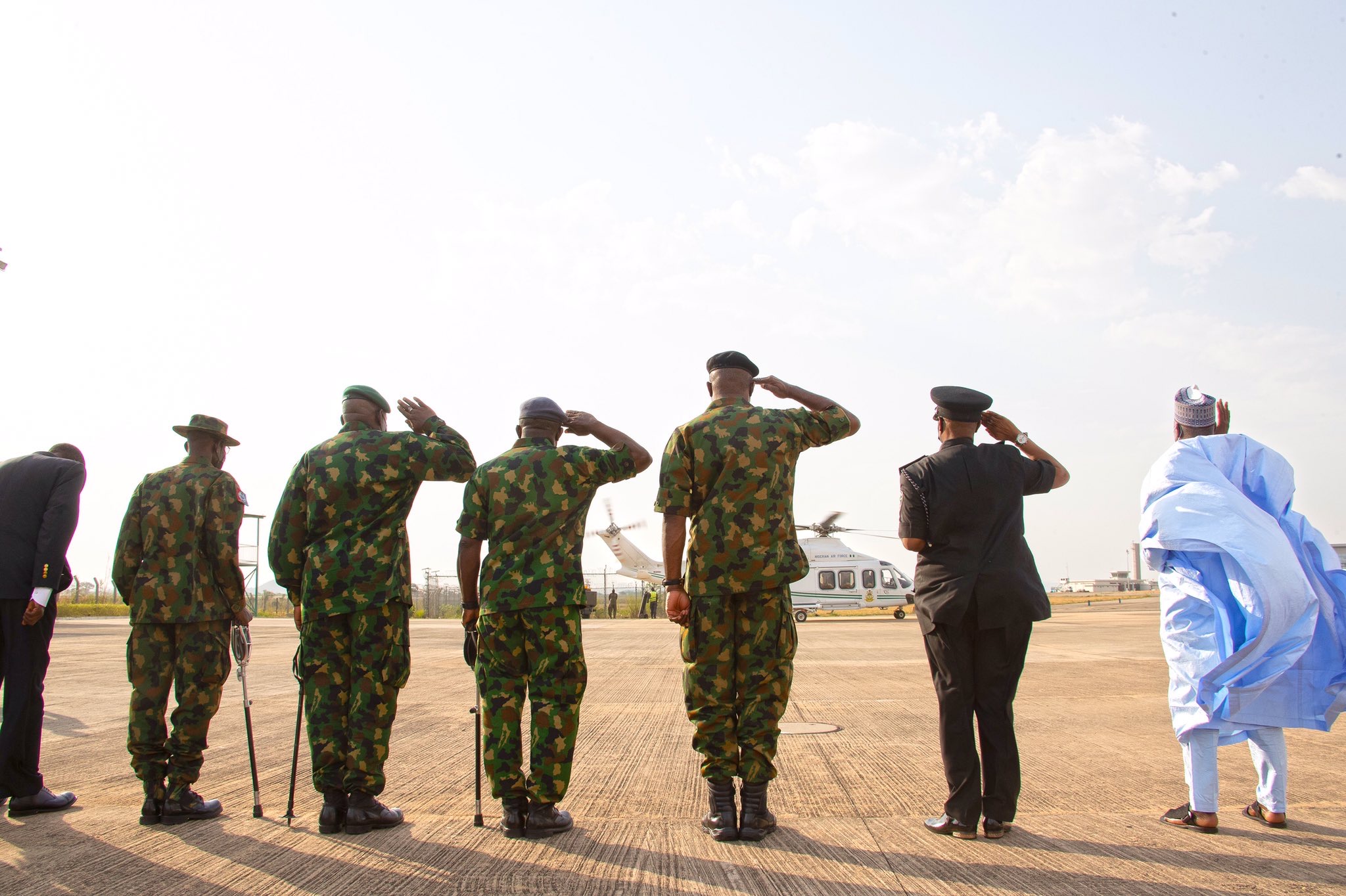 It would be recalled that the President travelled to London on March 30 for a “routine medical check-up”, according to presidential spokesman, Femi Adesina but later said he was resting from work.

However, Buhari’s visit was however marred with #HarassBuhariOutOfLondon protest organised by Reno Omokri, an ex-aide to former President Goodluck Jonathan. 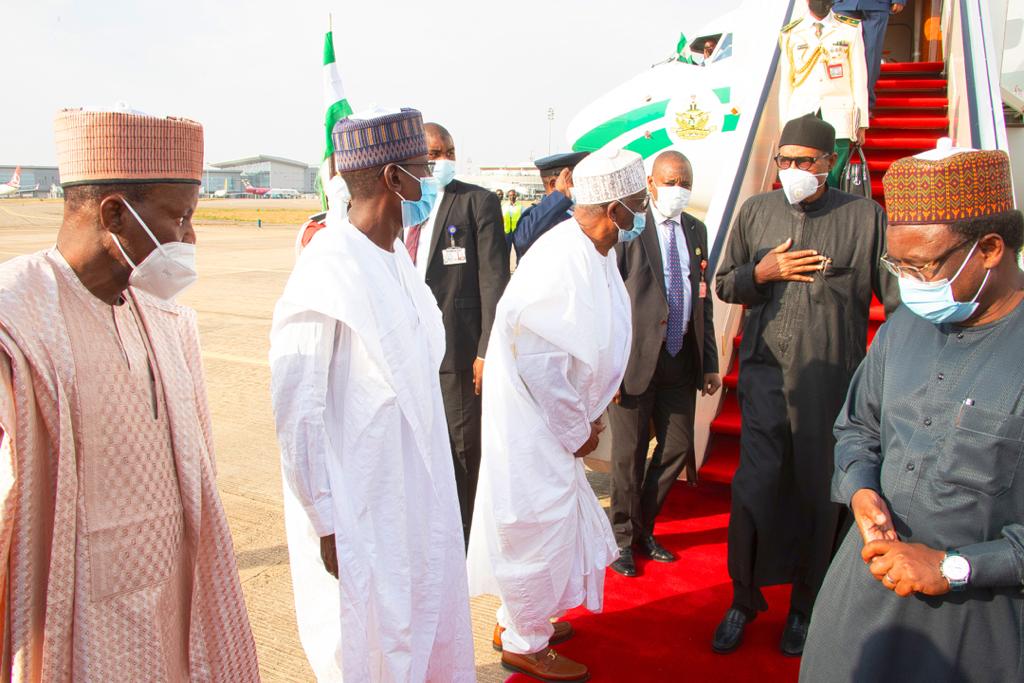 A counter-protest or a solidarity protest was soon organised in support of the Nigerian president in what could be described as absurd drama.

Buhari has been criticised for his medical trips abroad despite the huge amount allocated to Aso Rock clinic annually.