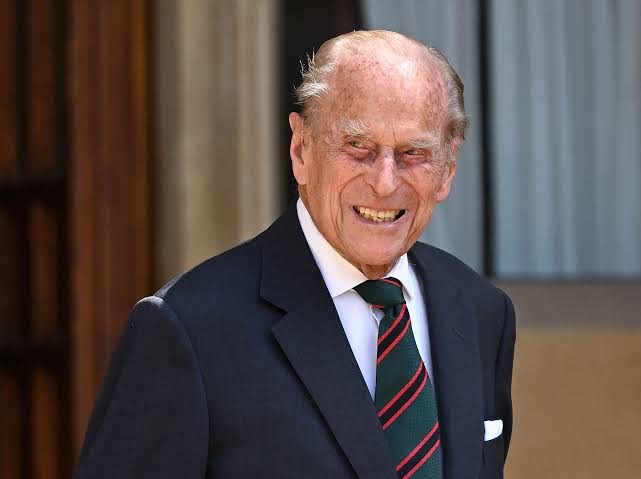 It would be recalled that the Duke of Edinburgh left hospital in March after being treated for an infection and after undergoing a heart procedure.

Buckingham Palace in a statement said:

It is with deep sorrow that Her Majesty The Queen announces the death of her beloved husband, His Royal Highness The Prince Philip, Duke of Edinburgh.

His Royal Highness passed away peacefully this morning at Windsor Castle. Further announcements will made in due course. The Royal Family join with people around the world in mourning his loss.

The Royal Family join with people around the world in mourning his loss.

Further announcements will be made in due course.

Visit https://t.co/utgjraQQv5 to read the announcement in full.

The Queen is expected to enter an eight-day period of mourning and will not carry out any duties even in private under Covid restrictions, laws will not be given the Royal Assent and affairs of state will also be paused.

Following these eight days, a further period of official Royal Mourning is expected to continue for 30 days.

Officials at Buckingham Palace are now preparing for a royal ceremonial funeral at Windsor Castle in Berkshire in keeping with Philip’s wishes, with a military procession also expected in – Covid laws permitting.

A coffin with the Duke of Edinburgh’s body is expected to be moved at some point over the next few days to Chapel Royal at St James’s Palace in London and the public will not be allowed to view the body.

The Duke of Edinburgh is expected to then be buried in Frogmore Gardens, in the grounds of Windsor Castle.

Philip spent 65 years supporting the queen, retiring from his public role in 2017 and staying largely out of the view since.

Duke of Edinburgh, who was married to Queen Elizabeth for 73 years, was said to be the monarch’s rock during her 69-year reign.

In his active years, he helped set a new course for the monarchy under a young queen, championing Britain itself, as well as environmental causes, science and technology.

He spent his final days at Windsor Castle with his wife after a 28-night stay in hospital having been admitted in mid-February for an infection and a pre-existing heart condition.

Prince Philip was admitted to King Edward VII’s hospital in central London after he was reported to be “feeling unwell”.

Although the Palace had said his hospitalisation was not linked to COVID-19, the actual reason was not made known to the public.

Following a successful procedure for a pre-existing heart condition at St Bartholomew’s Hospital, also in London, he was discharged in March.

Prince Philip was born on the Greek island of Corfu on 10 June 1921. His father was Prince Andrew of Greece and Denmark, a younger son of King George I of the Hellenes. His mother, Princess Alice, was a daughter of Lord Louis Mountbatten and a great-granddaughter of Queen Victoria.

Prince Philip and the Queen had four children, eight grandchildren and 10 great-grandchildren.