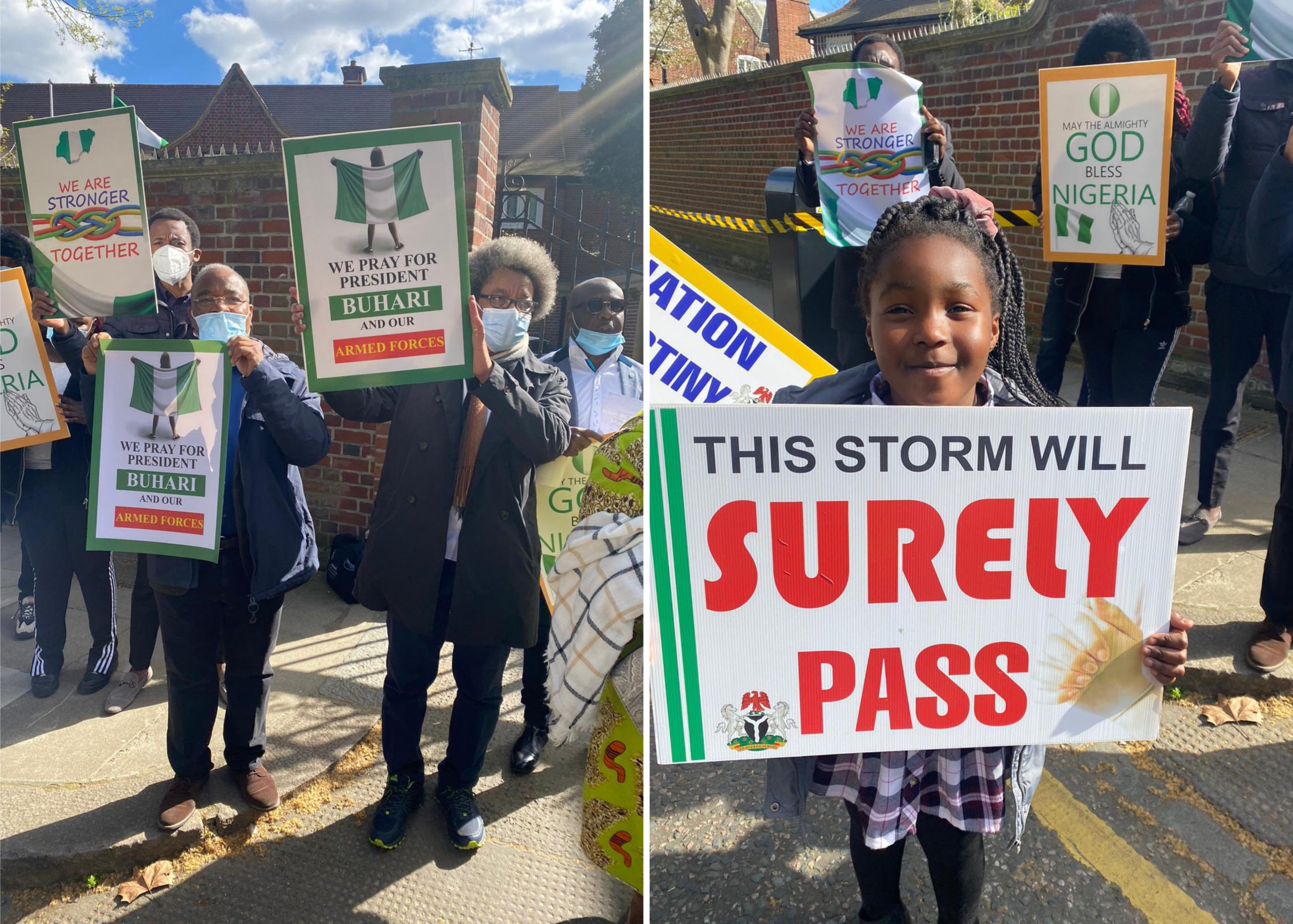 Following anti-Buhari protest led by former presidential aide, Reno Omokri at Abuja House in London last week, supporters of the president have held a solidarity rally at the same venue.

The supporters stormed the area on Monday with placards with inscriptions such as “This Storm Will Surely Pass”, “God Loves Nigeria”, “We Are Stronger Together”, among others. 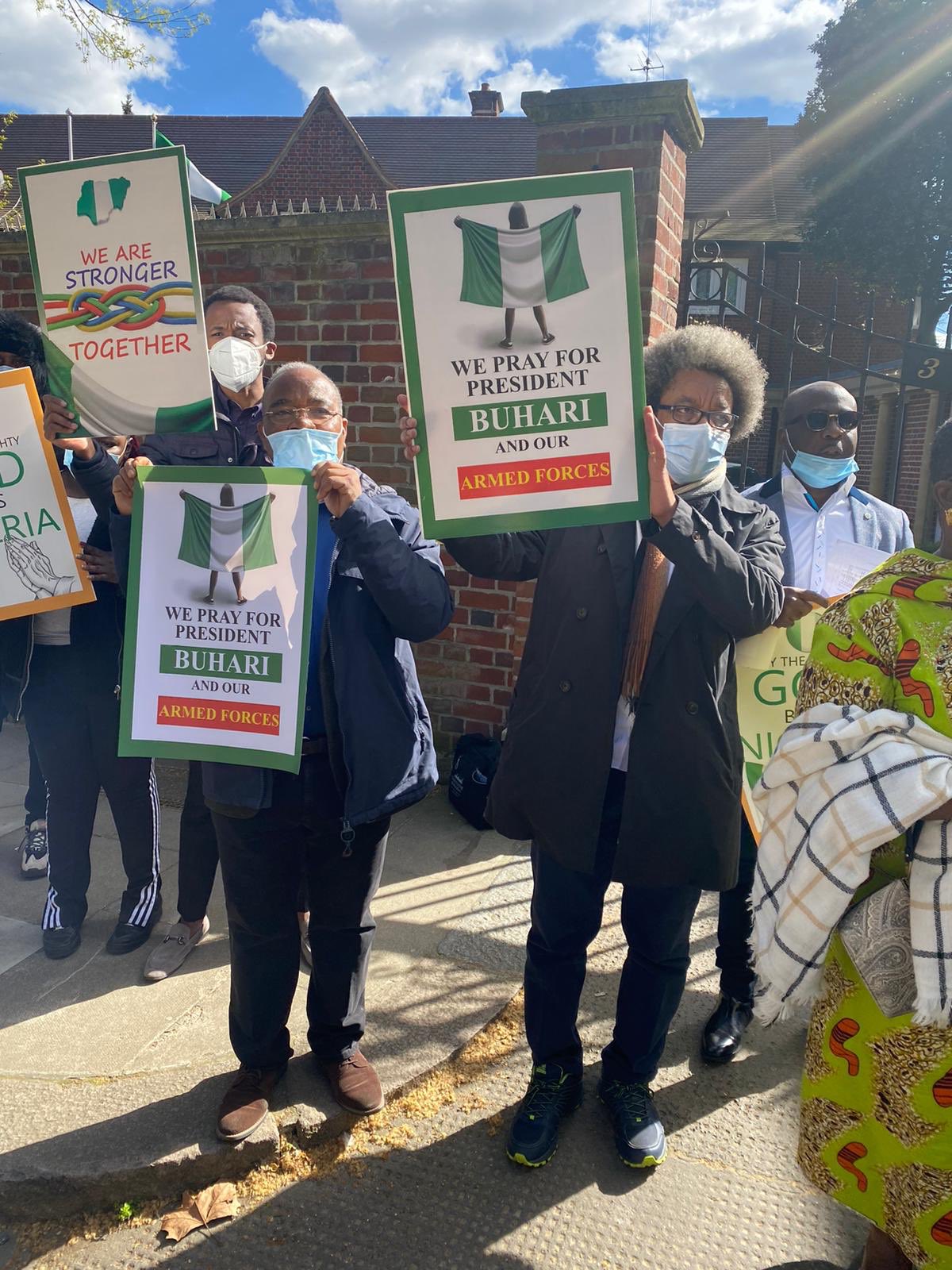 Recall that Reno on Friday led a protest to the Abuja House demanding that the president who is on a medical trip return to the country.

According to the presidency, Buhari is expected to return to the country during the second week of April. 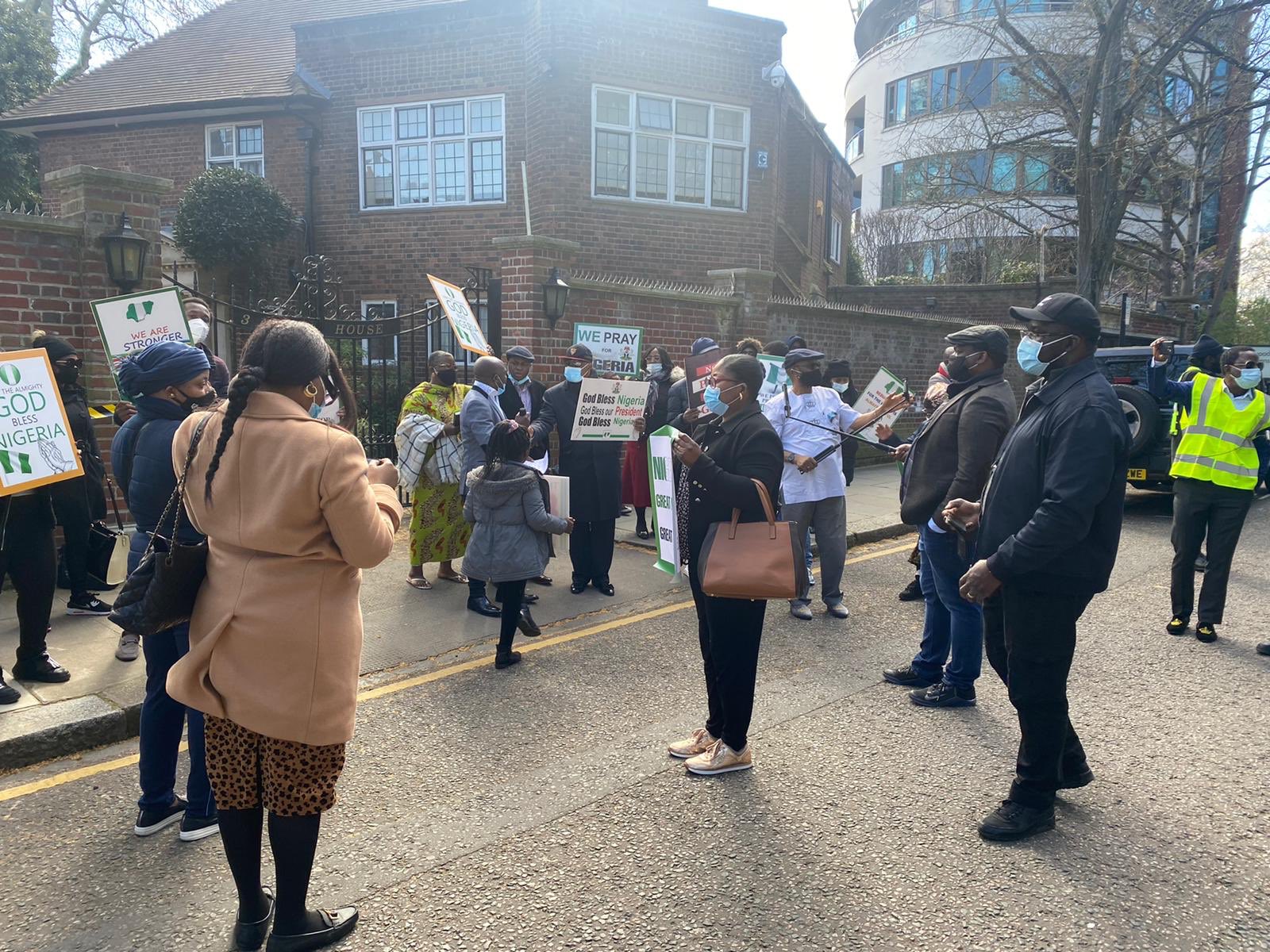 Anti-Buhari supporters have asked the president, whom they accused of wasting taxpayers money, to return to Nigeria immediately.

Omokri said the protesters laid a siege to the house and Buhari had been denied access to his doctors. 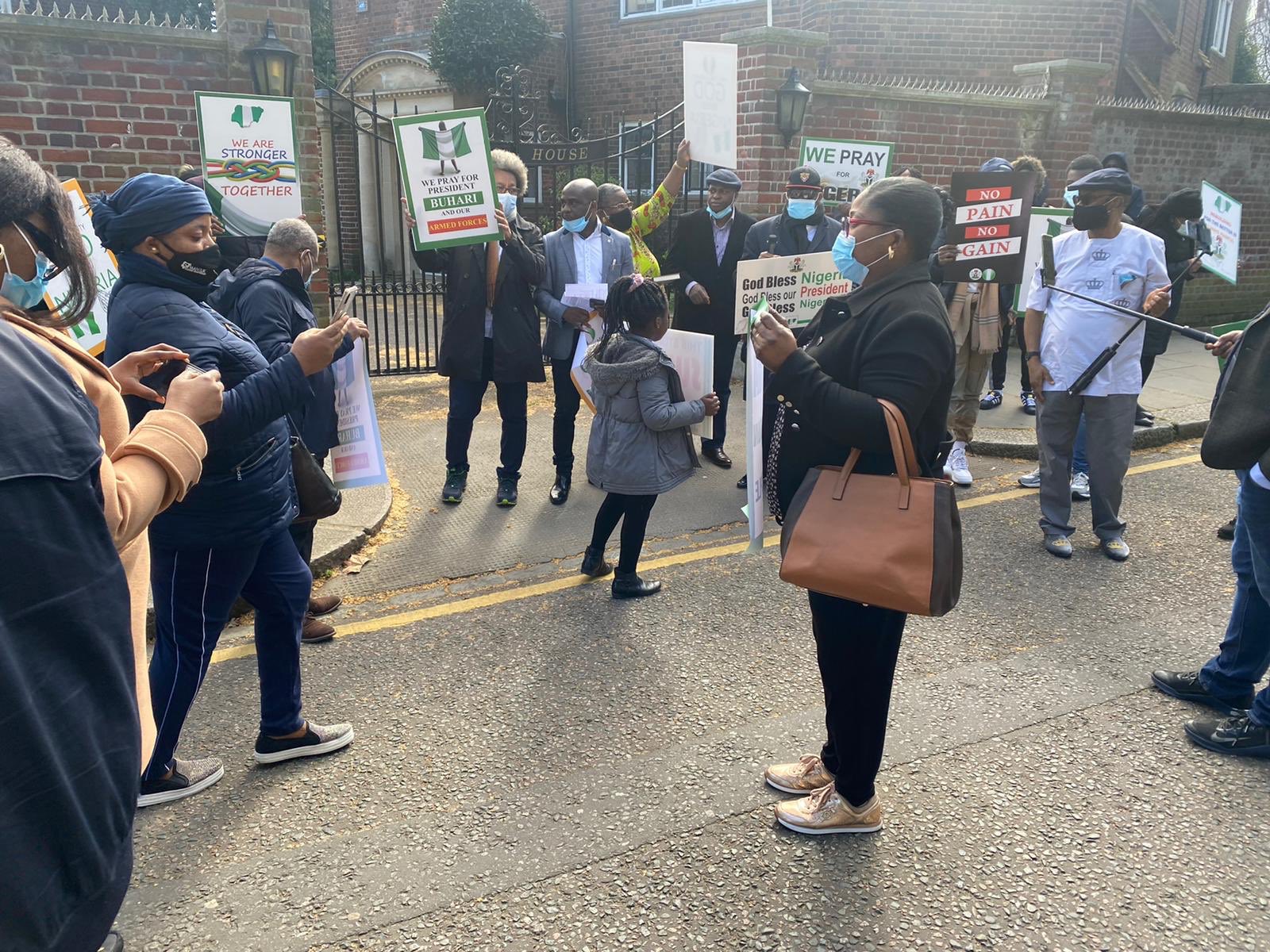 However, speaking during the protest, one of the supporters of the president described Omokri’s claim as fake news.

There is the news about the president being held hostage, everyone could see, to my left, my right, you can see that there is nothing there, no one is being held hostage, it’s all fake news. But we are here today to actually show support to the President of the Federal Republic of Nigeria, President Muhammadu Buhari, that we are here for you, Nigeria in the diaspora actually support you. 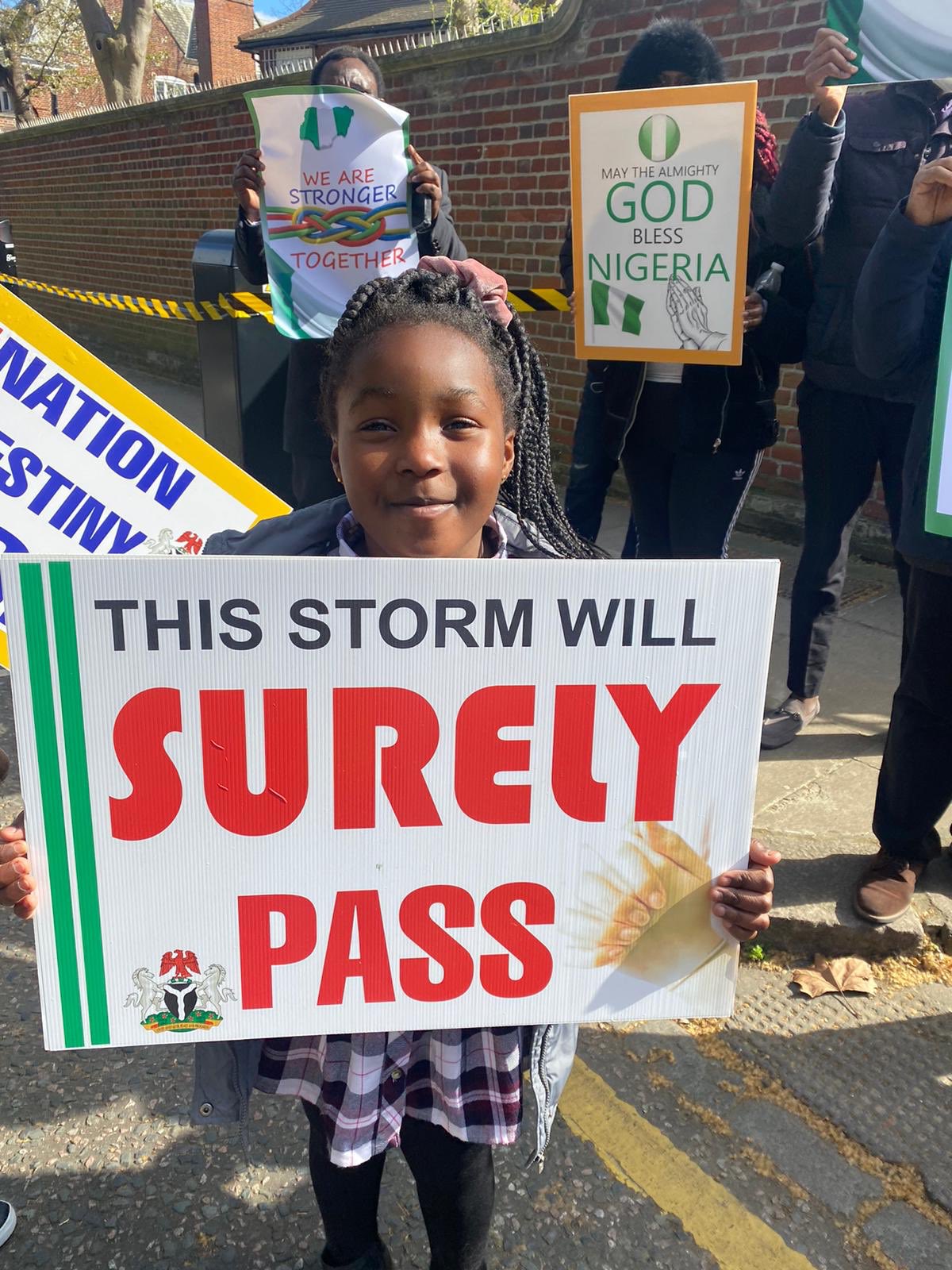 President Buhari left the country on the eve of a nationwide strike by National Association of Resident Doctors, which sparked an outrage.

Imo attack Is An Act Of Terrorism, Says Buhari