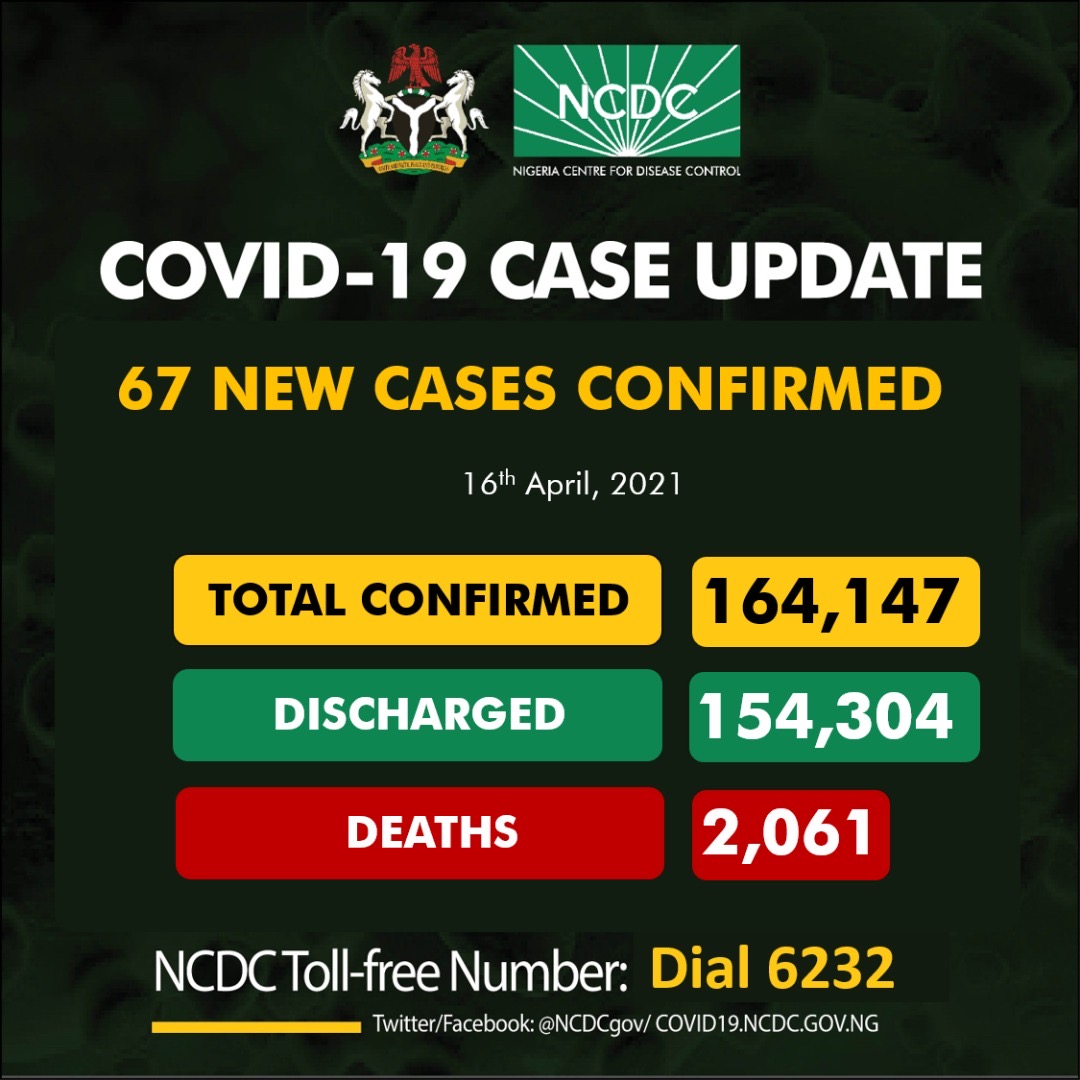 Nigeria on Friday recorded zero COVID-19 fatalities, the fourth consecutive day no Nigerian died from the disease in the country.

The fatality toll in the country remains 2,061, according to an update published by Nigeria Centre for Disease Control (NCDC) on Friday night.

More than two-thirds of the over 164,000 people infected by COVID-19 in Nigeria have recovered after treatment.

According to the NCDC, over 154,304 patients have recovered after treatment while nearly 8,000 infections are still active in the country.

A breakdown of cases by state can be found via https://t.co/zQrpNeOfet#TakeResponsibility pic.twitter.com/Hv77iAh6Dn

It began the inoculation drive on March 5, and so far, over a million people have been vaccinated, according to National Primary Health Care Development Agency.

The current phase covers health workers and other front line workers although Nigerians from other groups are also getting vaccinated.

Amid concerns over the efficacy of the vaccine, Faisal Shuaib, head of the agency, said no Nigerian has developed any severe side effects following the vaccination.