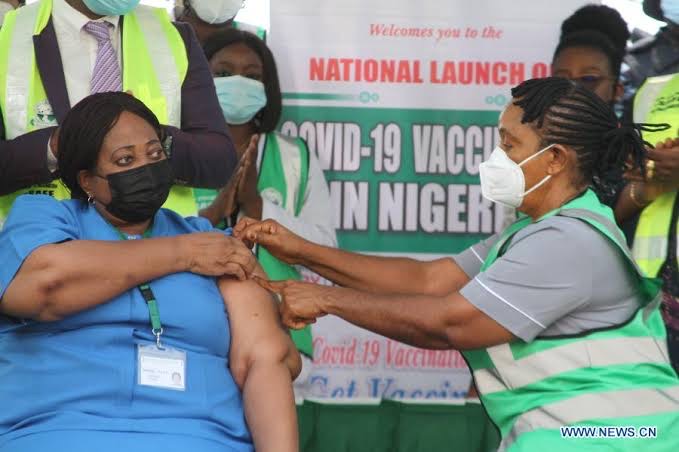 Federal Government has said 8,439 persons across the country have reported mild side effects after receiving Oxford/AstraZeneca COVID-19 vaccine.

The government through its healthcare agency, National Primary Health Care Development Agency (NPHCDA), disclosed this on Friday at a joint press conference organised by the agency and World Health Organisation to update Nigerians on the status of COVID-19 vaccination campaign.

Speaking during the press conference, NPHCDA Executive Director, Faisal Shuaib, said those who reported severe side effects were less than 100, adding that there has been no record of death or blood clots associated with the distribution of the vaccine.

In Nigeria, since the vaccination programme was officially rolled out on April 15, 2021, a total of 8,439 mild Adverse Events Following Immunisation have been reported.

These range from pain, swelling at the site of the inoculation, to body pains and nausea. Similarly, 52 cases of moderate to severe incidents of AEFI have been reported. These presented as fever, vomiting, diarrhea headaches, dizziness, and allergic reactions.

The executive director, who noted that the government has reviewed the timeframe for eligibility for the second dose in line with recommendations by WHO, added that the plan is to ensure that the first phase of vaccination is completed before the expiration date in July.

Speaking further, Shuaib explained that the government has reviewed the timeframe for eligibility for the second dose in line with recommendations by WHO.

According to him, the plan is to ensure that the first phase of vaccination is completed before the expiration date in July.

Nevertheless, we are working with NAFDAC, NCDC, and other relevant agencies to set up a more active surveillance system built on our experience with polio surveillance.

Furthermore, as a result of this overall programme review to meet the challenges of global vaccine demand and supply mismatch, and the late commencement of the vaccination in some states, we are expanding the eligibility period between the first and second doses of the vaccine from 12 weeks to between eight to 12 weeks.

This is still in line with the scientific recommendation provided by the World Health Organisation’s Strategic Advisory Group of Experts (SAGE on immunisation) that the two doses of the vaccine be given at an interval of eight to 12 weeks.

It would be recalled that Nigeria received close to 4.5 million doses of the vaccine in which 3.94 million have been delivered via the United Nations-led COVAX facility, while others are donations from India and private organisations.

Since the rollout began on March 5, more than one million Nigerians have received the first dose of the vaccine.