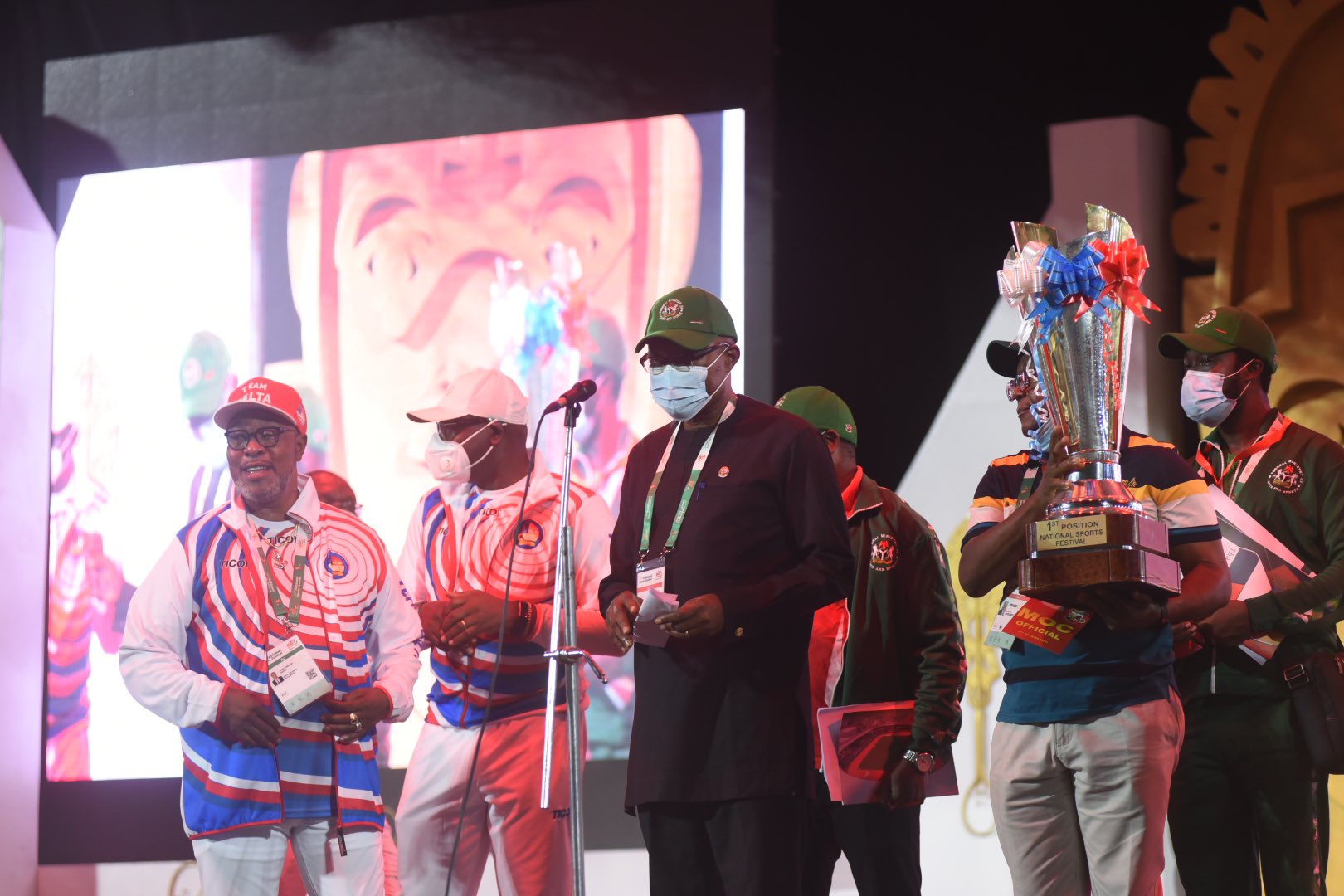 Team Delta has emerged as the champions of the 20th National Sports Festival (NSF) as curtains fall on the competition on Wednesday at Samuel Ogbemudia Stadium, Edo state.

They emerged as the champions of the competition with 158 gold, 116 silver, and 110 bronze, making it the team’s 6th consecutive NSF triumph. 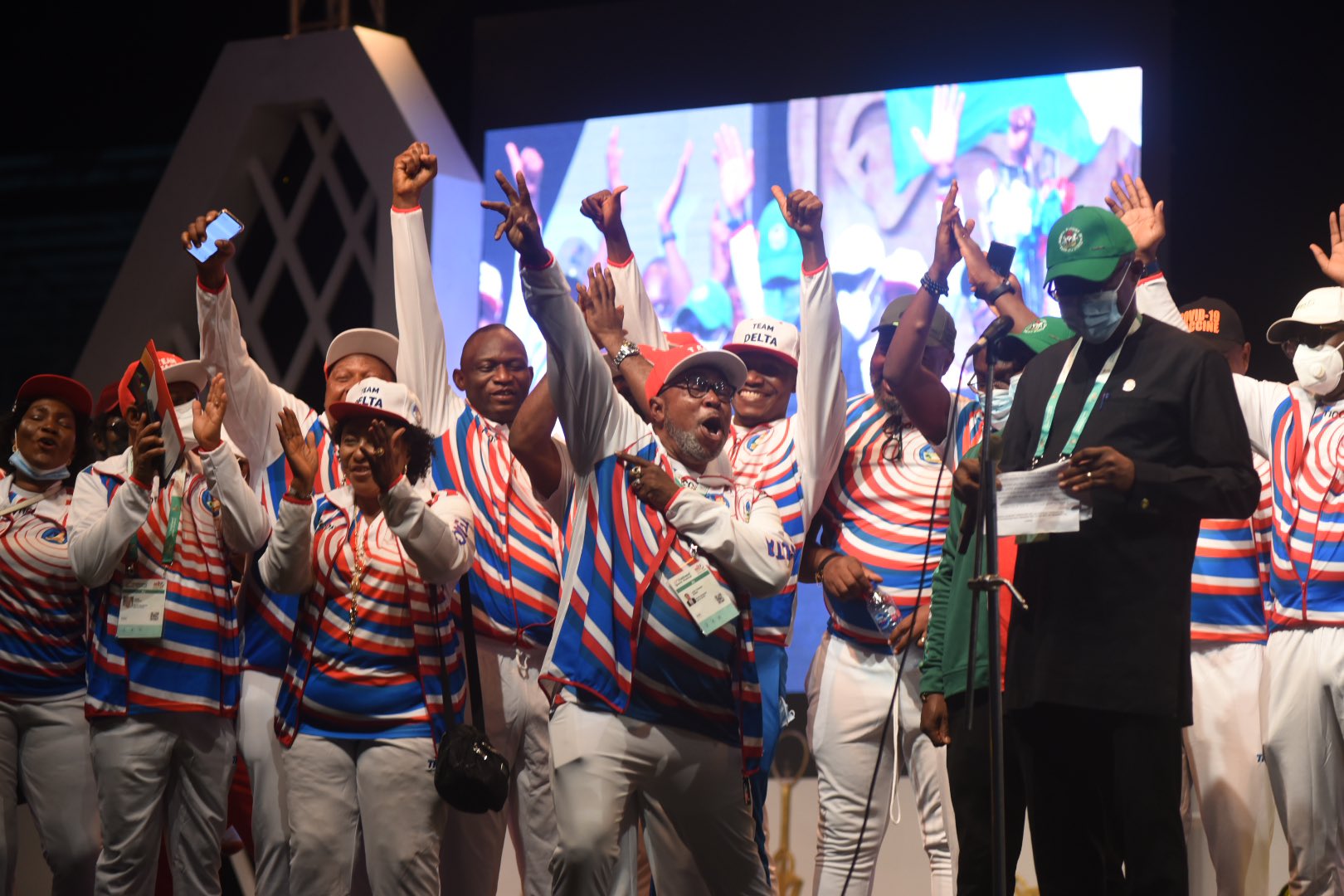 Read Also: Edo Threatens To End National Sports Festival On Thursday Due To Lack Of Funds 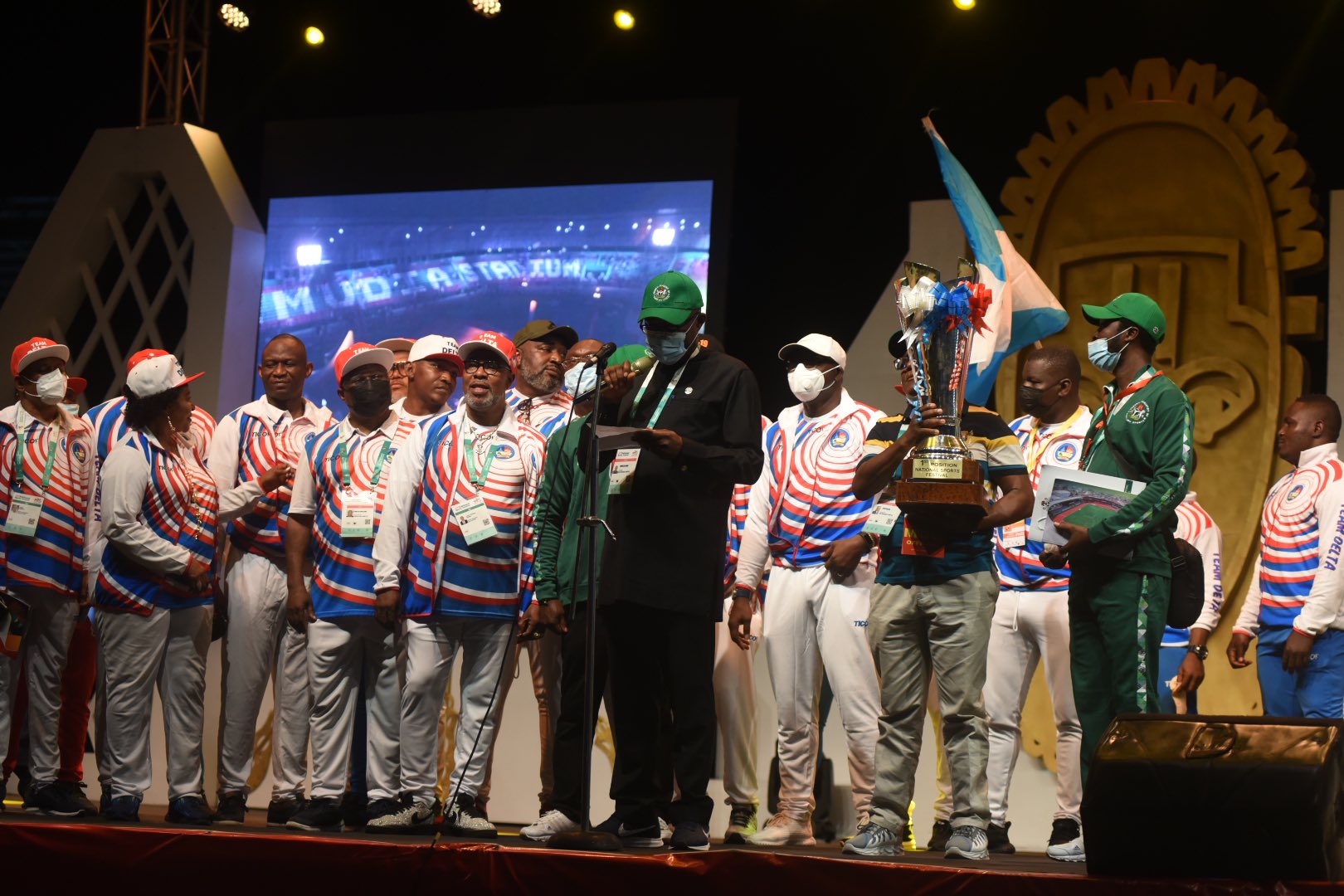 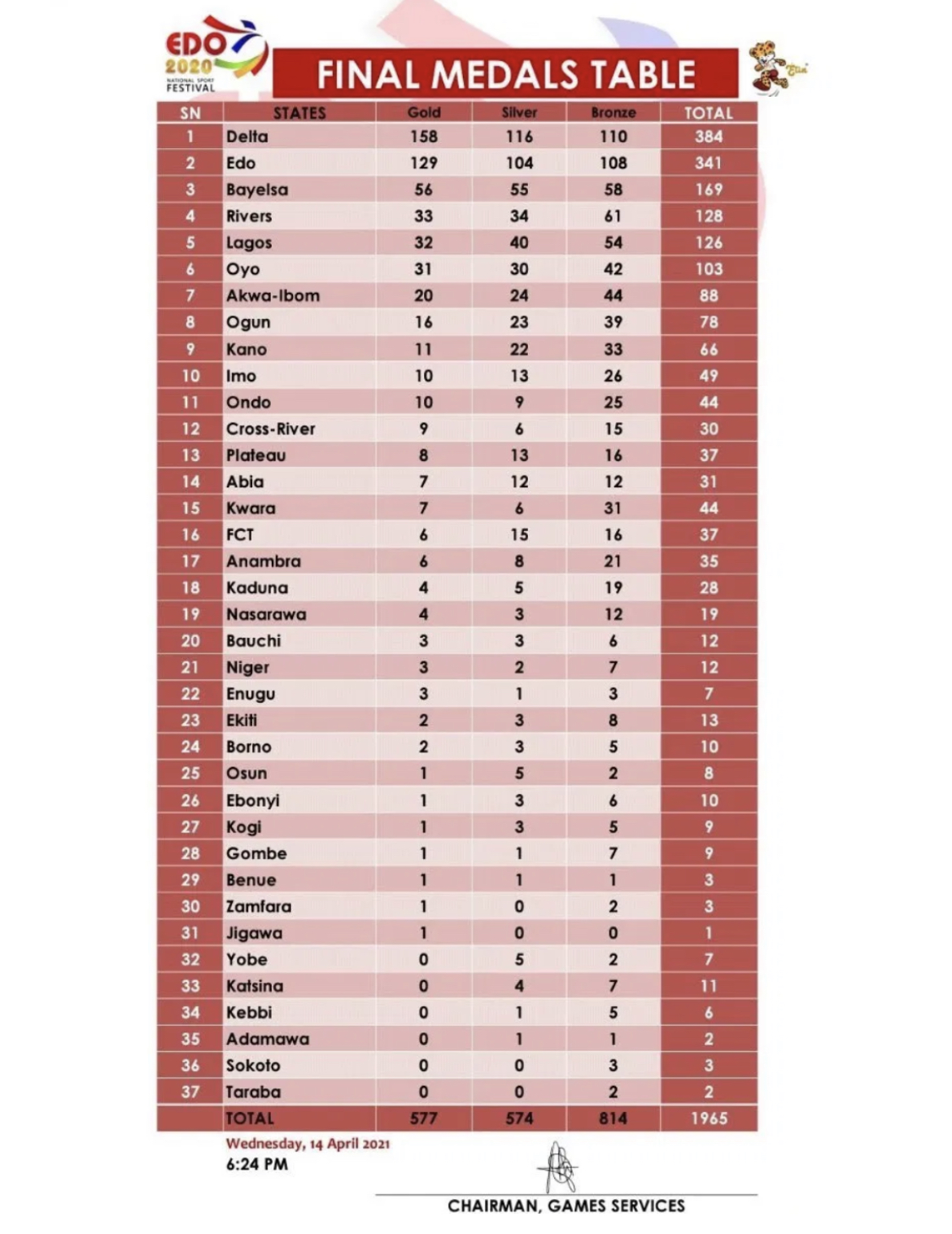 The 12-day long sporting festival (April 2-14) left fans with resounding memories: Bayelsa’s Ifiezegbe Gagbe won 15 medals at the swimming event to emerge the most decorated athlete of the games; Amina Idris of Lagos state also gained global stardom when she won gold in Taekwondo Poomsae despite being heavy with an eight-month-old pregnancy; 10-year-old Stephanie Onusiriuka won three medals in gymnastics. 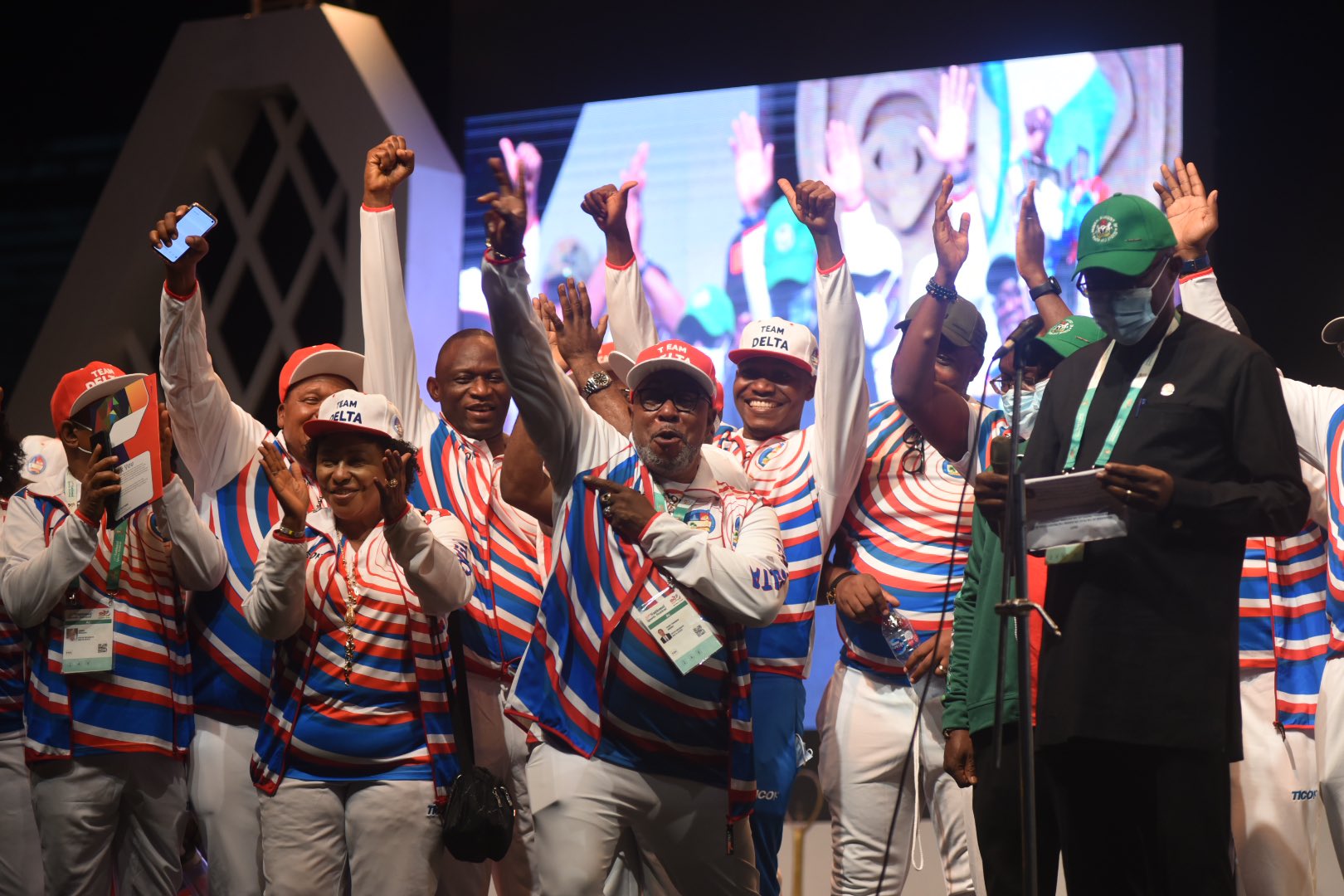 The games suffered several postponements due to COVID-19 that eventually led to it being staged in April 2021 — a full year from its initial schedule.

It was held and successfully completed despite Local Organising Committee (LOC) threatening to cancel the event due to financial constraints before the intervention of the Federal Government.