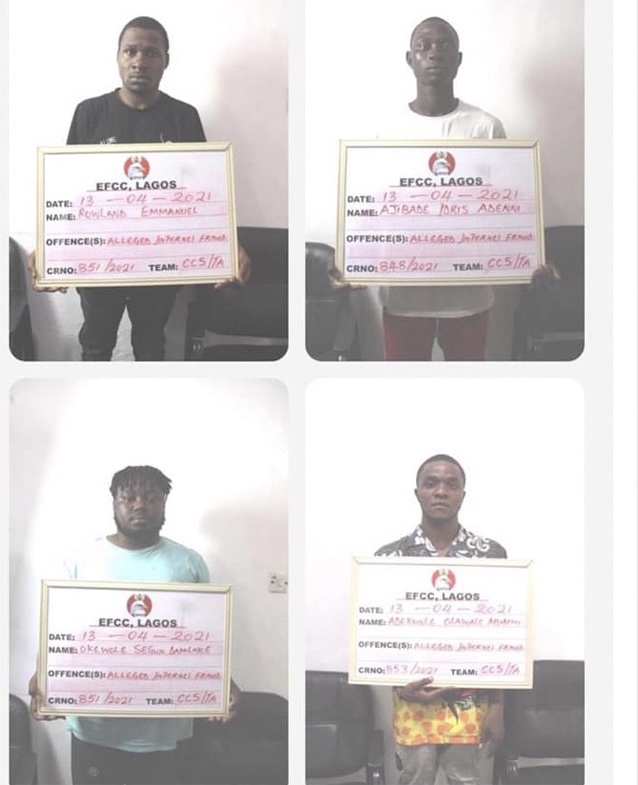 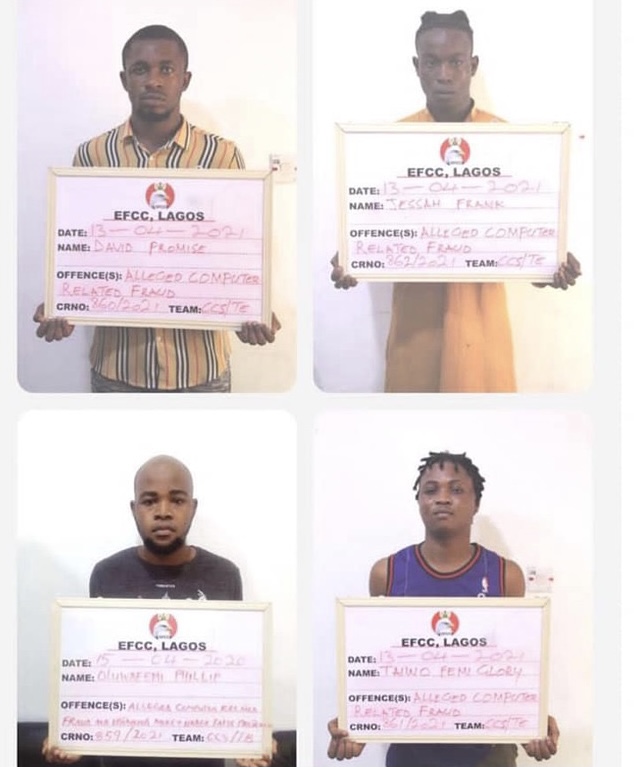 They were arrested on April 9, 2021, in the Ayobo-Ipaja area of Lagos State, following intelligence received by the Commission about their alleged involvement in computer-related fraud. 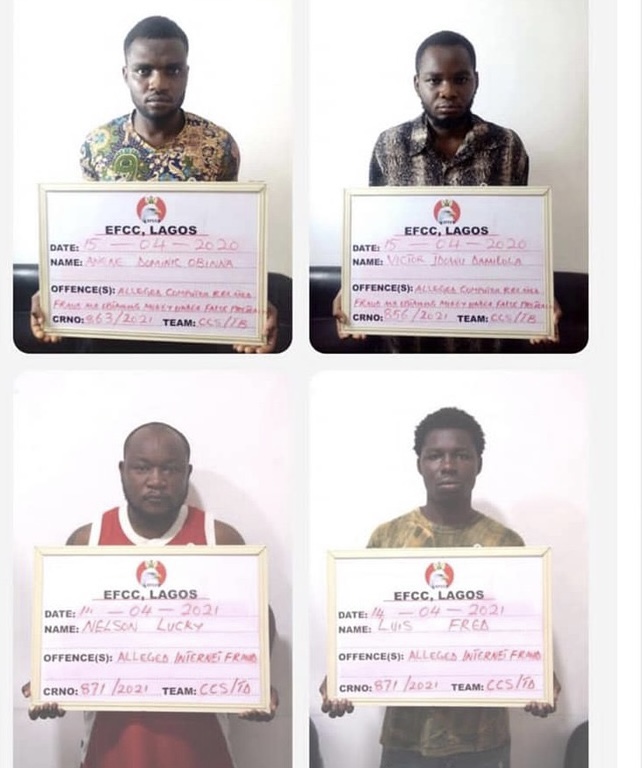 Items recovered from the suspects during their arrest include mobile phones, laptop computers, and exotic cars.

According to EFCC, the suspects will soon be charged to court. 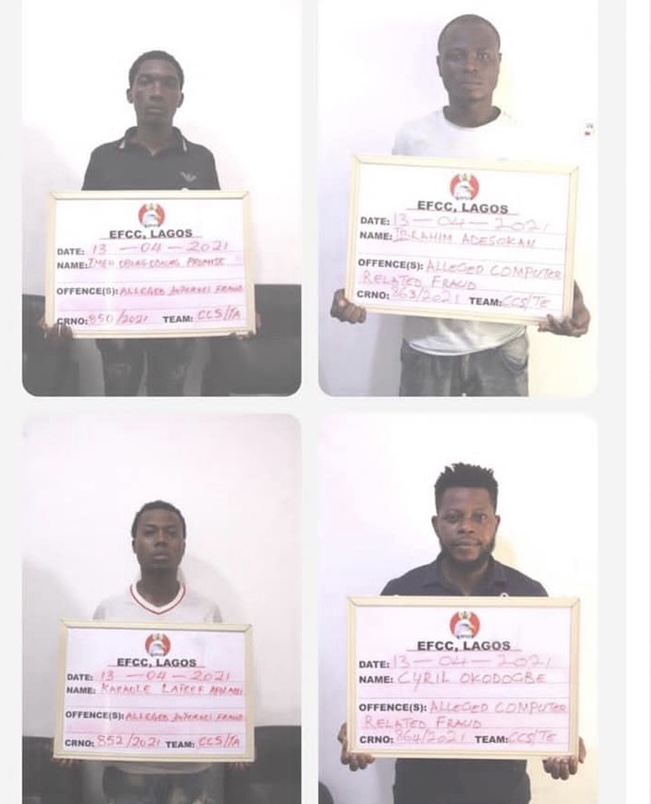 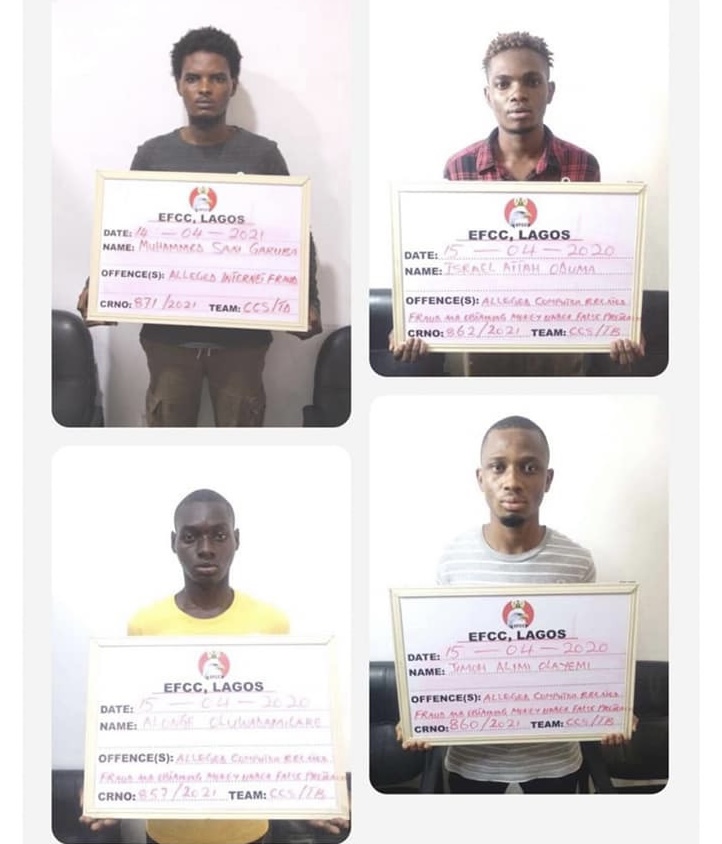 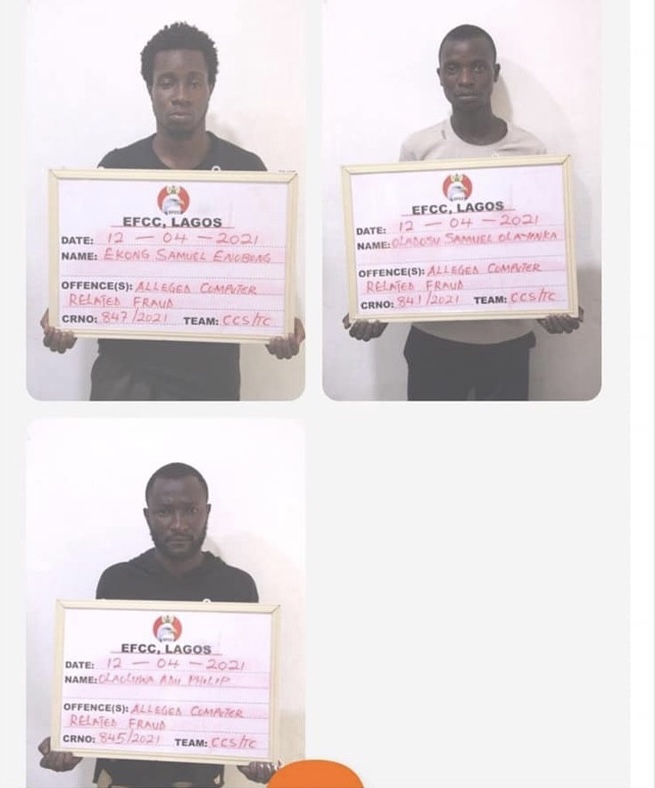 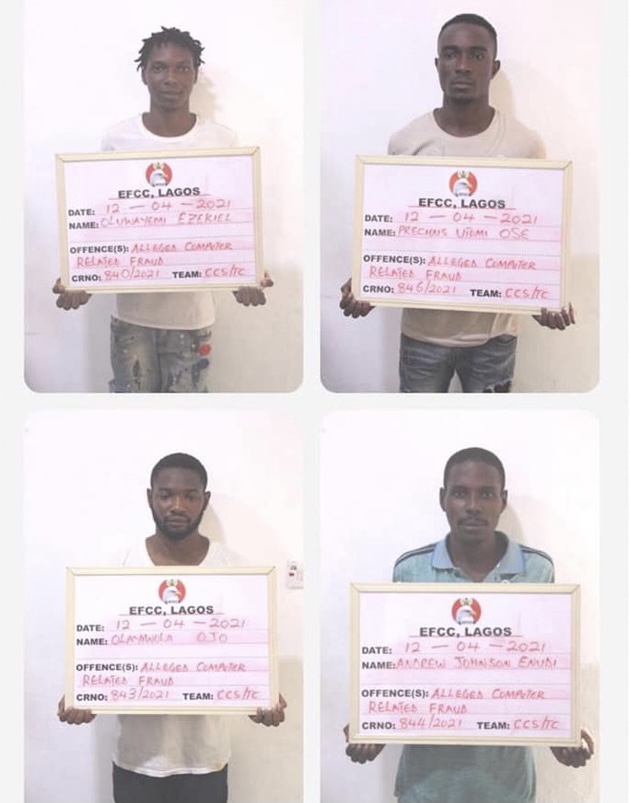